A Kurdish hunger striker in Wales says: 'We are ready to die for our freedom because what we have now, this is not life.' - The Canary 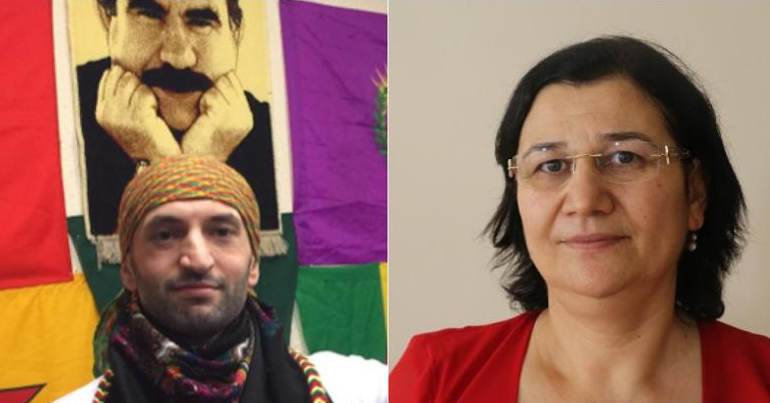 The 15 February is known to Kurdish people as ‘Roja Reş’, or Black Day. It marks the 20th anniversary of Turkey’s CIA-backed abduction and imprisonment of Kurdish leader Abdullah Öcalan. Demonstrations and marches are being held around the world.

After his capture, Turkey initially sentenced Öcalan to the death penalty. But this was later dropped when Turkey wanted to join the EU. Öcalan now serves life imprisonment in solitary confinement on İmralı prison island.

Known fondly as ‘Apo’, Öcalan is seen by millions of Kurdish people around the world as their political representative. Also admired as a great thinker, he’s written a number of books while in prison.

Kurdish writer and activist Dilar Dirik has stated that:

Öcalan heavily criticised himself and his own party for authoritarian practices in its initial stages. He publicly apologised for many actions. His analysis of the nature of power, patriarchy, the global economic order, nation-states and ecological issues, not only gained him even more support among Kurds, but more recently engaged radical thinkers and movements around the world.

Activists globally are inspired by his writings, and his ideas have been a cornerstone of the Rojava revolution in northern Syria.

Hundreds of Kurdish politicians, political prisoners and activists around the world are currently on hunger strike, calling for an end to Öcalan’s solitary confinement.

Kurdish politician Leyla Güven has reached her 100th day without food. Her house in Amed (Diyarkbakır) is currently under police blockade as the Turkish state prevents her supporters from reaching her.

Leyla Güven is on the 100th day of her hunger strike and her house under police blockade. Instead of trying to silence her, Turkey should listen to Leyla's demand and end Öcalan's isolation. It is a matter that is related to human rights and international law. #LeylaYaşasınDiye pic.twitter.com/iypP0QQ1Ms

“We are not a free people”

In Wales, Kurdish activist Ilhan Sis has reached day 61 of his hunger strike. Surrounded by friends and comrades, he receives regular visitors.

Activists have spent three days marching from London to Wales in support of Sis and all of the hunger strikers. On 15 February, they arrived in Newport and were met with police violence.

Long March walked from London 2 Newport over a period of 3 days to be in solidarity with Imam Sis who has been on hunger strike for 61 days. They were 1 mile from the community centre in great spirits when they were attacked by the Welsh Police without any reason! Shame, really! pic.twitter.com/WrGumsRqwE

Melanie Gingell, a British lawyer and campaigns consultant for Peace in Kurdistan, visited Sis in Newport. She wanted to understand why he is taking such an extreme step. He told her:

I don’t see myself as a free man. We are not a free people. The Kurds as a people have no expression, no space. The Turkish state is trying to break our will and we will not accept this. Kurdish people always say we want a free life [so] we have no other choice… Here and now, there is only one option for us and that is a free life. That is what I am struggling for. The freedom of Öcalan represents the freedom of the Kurdish people. We are ready to die for our freedom because what we have now, this is not life.

Sis explained to Gingell that the Kurdish people’s very existence is being denied. He said:

We can’t stand back while our history, our language, everything is destroyed. I have to fight for it. While the Kurdish people are subjected to massacres, we have to resist. The Turkish state is threatening Kurdish cities every day: look at the threat to Kurdish cities in Syria now from the Turkish armies.

The worldwide hunger strike was instigated by Kurdish politician Leyla Güven. Women all over the world are inspired by her courage and determination. “My body is melting away,” she told reporters. “Yes, I am aware of that, but that detracts nothing from my morale or my strength.”

Gingell asked Sis whether it was important that this worldwide hunger strike has been inspired by a woman. He replied:

Öcalan fought for women to be freed from slavery, from the feudal structures that existed in traditional Kurdish society, in which women had no right to speak, even in their own families. He swept all that away… So Kurdish women see Öcalan as a hero of women’s liberation.

It’s very important, therefore, that Leyla Güven started this hunger strike. It shows the whole world that Kurdish women say that they are not free without Öcalan’s freedom. These demands are the demands of millions of Kurdish people, women and men.

Gingell asked Sis what it would take to end his hunger strike. He told her that the Turkish state must allow Öcalan to have regular visits from family and lawyers. He stated that the Committee for the Prevention of Torture must visit Imralı prison to document the isolation and torture of Öcalan.

When you can’t get freedom, you have to struggle – to struggle seriously… I don’t want to die, who wants to die? We love life so much that we will die for it.

Thank you to Melanie Gingell for providing The Canary with her interview with Ilhan Sis.