Ordinary people are 'building a new economy', and a Labour government would fully support them - The Canary 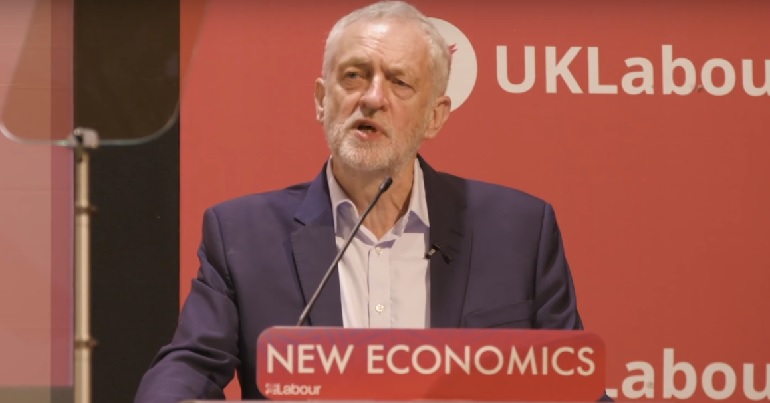 A Labour government would fully support a massive increase in “the size of the co-operative sector”. And this would build on excellent work which people in the UK are already doing to create “a new economy”:

Labour will set up a Co-operative Development Agency with a mission to double the size of the co-operative sector. Good piece by Joe Fortune, General Secretary of the Co-op Party, about why those are important steps forward towards building a new economy: https://t.co/GBcpru8Zm1

Labour leader Jeremy Corbyn has previously insisted that “co-ops are something that’s intrinsic to the British labour movement”:

There are more than 7,000 independent co-operatives across the UK, working in all parts of the economy. Together they contribute £37.7 billion to the British economy.

And The Canary recently caught up with a representative from one new co-operative in West Yorkshire, which is hoping to make waves in the social-care sector. They told us why it’s different from an average company, how the co-operative model benefits both workers and clients, and why they’d encourage other people to set up co-operatives.

“Owned by the people”

Equal Care Co-op (eccoo) is “an emerging care and support platform co-operative starting in the Calder Valley”. And Emma Back is leading on setting the business up.

Speaking to The Canary, Back described the co-op as “a digital tool to connect people who want care and support in their own homes”. And she explained that:

She continued by speaking about how eccoo differs from other agencies in terms of worker control over conditions and decisions, better protection, and a better support network.

And she spoke about ‘sociocracy’, which is:

This, she said, is driving eccoo’s operating model, with a ‘circle’ nominating people into roles rather than bosses making decisions.

And she highlighted that the “core purpose of what we’re doing” is “sharing power”.

In this way, eccoo’s “form of workplace democracy” means that “the decisions are made by consent”.

The co-op is still getting off the ground. But it is already testing out a new economic model with people at the centre. Back spoke, for example, about how the nominated roles are reviewed and people get support if they need it.

She also mentioned the building of fairer contracts for workers:

While eccoo has only a small team so far, it is hoping to grow soon:

But it already has clients:

The aim of the co-op is to have a mixture of independent workers and staff:

Speaking about the benefits for workers, Back pointed out that there’s a stronger support network and the option to both give and receive support:

She also explained that, while eccoo’s clients are mostly older people, it is open to anyone who wants help and can find someone on the platform:

And she highlighted that ‘supported members’ are co-owners and have the power to call meetings. This kind of system doesn’t really exist today, she stressed, because “producers of digital products tend not to think like that”:

Get active, and think co-operative

The idea for eccoo arose because Back wanted to “change social care for the better”, and she worked out that a co-operative model would be perfect for doing that:

Another potential option would be a charity, she said, but “charities don’t work for sharing power”:

Co-operatives work differently, she explained. Some, like the Co-operative Group, are consumer co-ops where the model doesn’t really represent the way they manage themselves internally (which is essentially just like a traditional business). Others are worker co-ops, but she said this alone wouldn’t work for the care sector because it would lack the voice of clients. The multi-stakeholder option was therefore obvious because it allowed both clients and workers to have power and for eccoo to focus on relationships.

The co-op has been slowing building up for about two years now, showing that it’s not a simple process:

But as Back said, we desperately need more platform co-ops, in order to protect workers, data, and transactions. And eccoo is planning to make its processes public, which will hopefully help others to set up similar projects:

As advice for others interested in setting up co-ops, she said, “find your people”. It’s much harder to do things alone, so you’ve got to be clear about what kind of culture you want in your co-op and then find people who fit in with that:

The future of workplace democracy

Greater workplace democracy is a wonderful idea. There are countless examples of it already working. And there are other examples – like eccoo – of people building the model from scratch right now.

A Labour government would support a massive expansion of the co-operative sector. And that injection of democracy is exactly what society needs to recover from the elitist model that’s been dominating business for far too long.