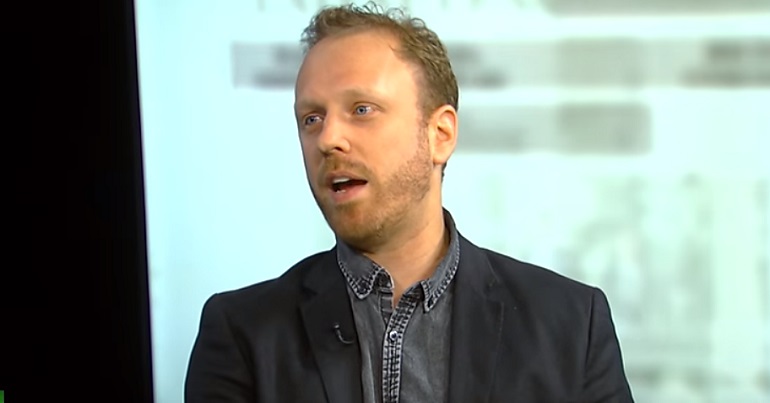 Blumenthal: The police “threatened to break down my door”

On 25 October 2019, Blumenthal was arrested in a morning raid by police who threatened to “break down” his door. Blumenthal, who co-founded independent media outlet the Grayzone, told The Canary:

I was woken on Friday morning at around 9:00 AM to a loud knock on the door. Police officers were demanding entry to my house with a warrant for ‘simple assault’. The house was apparently surrounded. I saw cops on the side of the house and they threatened to break down my door unless I let them in. They arrested me in my pajamas pretty much

A ‘simple assault’ is a misdemeanour (low-level offence) in Washington DC.

The police could have just called him and asked him to come to the police station, he told The Canary. He also noted that the arrest warrant was five months old at the time the police came banging on his door.

The arrest warrant also falsely categorised Blumenthal as “armed and dangerous” – a designation which placed his life in danger.

A week after I was arrested by cops threatening to break my door down & jailed on a completely false charge, I realized DCPD tagged me as “armed and dangerous.”

This designation appears on only 3% of arrest warrants: https://t.co/cwufyLYKVk

The whole thing is dirty as hell. pic.twitter.com/pywtj7IEy3

The ‘simple assault’ claim related to the time period when Blumenthal, and other contributors to the Grayzone, were covering the assault on the Venezuelan Embassy in Washington DC by right-wing Venezuelans and their supporters. According to the Grayzone:

The government’s case rested entirely on a false accusation by a right-wing Venezuelan opposition activist, Naylet Pacheco, that Blumenthal and Benjamin Rubinstein had assaulted her while they were delivering food to Venezuela’s embassy in Washington, DC in the early morning on May 8.

The collapse after ‘almost inexplicable’ disappearance of key evidence

On 6 December 2019, the case collapsed. The US Department of Justice (DOJ) dropped the charges against Blumenthal and Rubinstein at the same time. Rubinstein’s brother Alex is a contributor to the Grayzone and was embedded with the “embassy protectors” at the time. The DOJ dropped its cases against Blumenthal and Rubinstein after failing to disclose secret-service call logs requested by lawyers for the defendants. The Grayzone reported that the prosecution orally confirmed that “if the documents had existed, they no longer did”. In other words, “the call logs recorded during the alleged incident were either not kept or destroyed”.

This is highly unusual and highly notable, almost inexplicable in the ordinary course of operations that these records were not maintained and preserved.

Blumenthal told Grayzone reporter Ben Norton that while he was “relieved” about the DOJ dropping the “phony” charges against him, he was “also disgusted”:

I should never have been hauled out of my house and thrown in jail for an obviously politically motivated, false allegation that the police failed to investigate

The local police advanced a fraudulent case against a journalist on the word of a complainant who told at least six different, increasingly exaggerated stories and made identical accusations that night about at least three other individuals

Shackled, detained and denied a lawyer for 36 hours

Given the rather brazen behaviour of the police towards an investigative journalist, the silence among mainstream media outlets over this issue, especially in the ‘age of Trump’, has been quite notable.

Blumenthal told The Canary that he had spent “36 hours in prison waiting for an arraignment before a magistrate judge in Washington DC”. He said that police had denied him the right and ability to call a lawyer. Ultimately, though, the magistrates released him without bail.

Blumenthal said he believes the arrest warrant is revenge for the nature of his and his colleagues reporting on Venezuela, including the critical coverage of US attempts to facilitate a right-wing coup there.

Blumenthal told The Canary that, after he was released from custody, he went public about his ordeal but “no mainstream outlet has reported on it in the US”. He also said that the “Freedom of the Press Foundation, which is funded by [billionaire] Pierre Omidyar, the Intercept founder, and was founded by Edward Snowden, has explicitly refused to support me”.

The US Press Freedom Tracker, meanwhile, released a statement on 31 October on Blumenthal’s case, saying:

We are aware of Blumenthal's arrest and based on the information available it does not meet the threshold for categorization on our site because he was not in the course of reporting when it happened.

US Press Freedom Tracker is led by the Freedom of the Press Foundation and the Committee to Protect Journalists.

Blumenthal concluded his thoughts to The Canary by saying:

So you can see the kind of press freedom NGOs and mainstream media, how they’re dealing with this in contrast to other cases like that of Corey Weddle, who is an American reporter detained in Venezuela for 12 hours. The hypocrisy is astounding, and the mask is off.