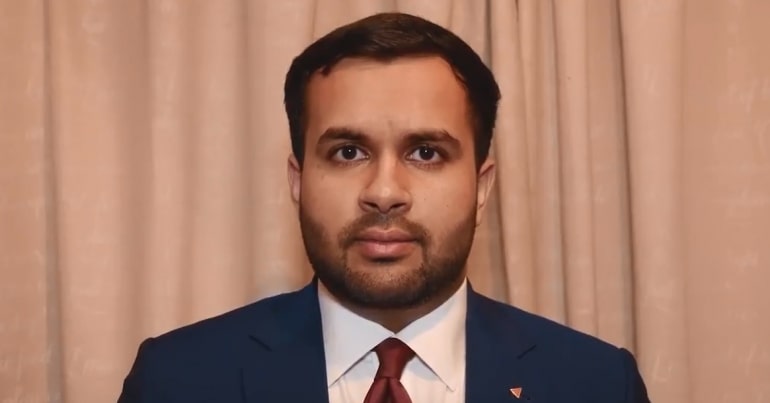 Labour Party activist Umaar Kazmi put out a tweet warning against blaming Labour’s electoral defeat on its “common sense socialist policies”. He says the Labour right will predictably blame “the shift to the left under Jeremy Corbyn”. But in reality, he stresses, it was Labour’s failure to stand up to right-wing attacks within the party, and its perceived ‘disregard for democracy’ regarding the Brexit vote.

Kazmi is a law student at Nottingham University and was a delegate for Rushcliffe Constituency Labour Party (CLP) at Labour’s 2019 conference. He believes that the 2017 general election proved that Labour’s “socialist policy platform” was actually very popular, as it “massively increased our vote share and our seats in parliament”. But this election, he argues:

The reality is we disregarded democracy, and democracy has now disregarded us. Whatever you think about the 2016 [Brexit] referendum, it took place, and people wanted that result implemented. That’s why they voted for the Conservatives, because they promised to ‘Get Brexit done’ while we sold out the Midlands and the North of England to satisfy remain fanatics in London.

He continues by claiming:

we also acquiesced to the concerted lies about antisemitism, which allowed the name of a man who spent his life – his life! – fighting against prejudice and all forms of racism to be dragged through the mud, while we now lose to the most openly racist prime minister in recent history.

Despite some saying they don't want immediate 'hot takes', many of us have been raising concerns about Labour's prospects for months. This isn't knee-jerk.

And you had better believe that the Labour Right are already planning—we, too, must plan. pic.twitter.com/zBNtoTiyO1

Kazmi, who worked on Corbyn’s 2016 leadership campaign, says Labour failed to reform itself, thereby allowing “wreckers to undermine us at every opportunity”. Among the many reforms called for by people like former Derby North MP Chris Williamson was for Labour Party MPs to face an ‘open selection’ process before every election:

It's been one year since the launch of the Democracy Roadshow, where I travelled the country to speak with Labour members about our socialist programme and the need to deepen party democracy.

We should have a full open selection process for all Labour MPs before every election! pic.twitter.com/nheqSyfXv8

What must be done

Kazmi cautions against allowing the “same people who brought us to this position to assign all the blame to Jeremy Corbyn”. He says “we have to remain firm and take on these wreckers, and not let them take back our party”.

At the end of the video, he emphasises that people must not lose their resolve because “we also have to build a campaign outside of parliament over these next five years to defend the working class against this Conservative government”.

If progressive values are to have any place in the future, the one thing people can’t do is simply give up. The struggle continues.