Revealed: the staggering number of animals killed every day by trophy hunters - Canary 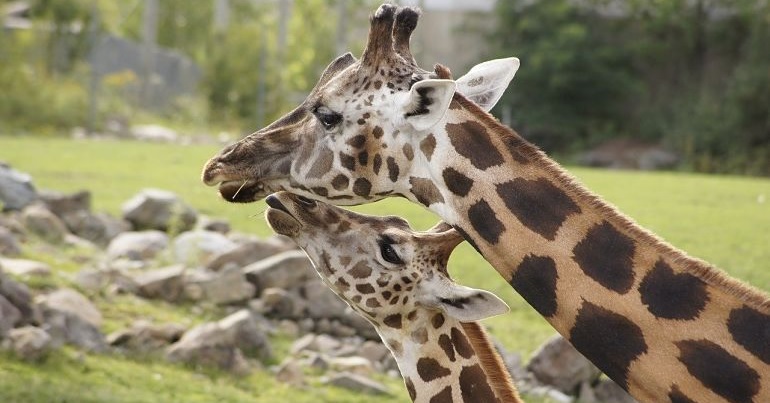 The Campaign to Ban Trophy Hunting (CBTH) founder Eduardo Gonçalves recently released a new book. Titled Trophy Leaks: Top Hunters & Industry Secrets Revealed, it exposes the shocking scale of slaughter in the trophy hunting industry. The legitimacy of this trade rests on the claim that it’s ‘killing for conservation’.

Gonçalves has calculated that trophy hunters killed, or ‘bagged’ in hunting parlance, “100 endangered animals every day” in 2018. Using other analysis by the International Fund for Animal Welfare (IFAW), the CBTH founder further asserts that the industry takes a life every three minutes. Amid a biodiversity crisis, this scale of killing appears beyond irresponsible.

In the foreword to the book, Botswana’s former president Ian Khama brands the practice’s advocates “promoters of extinction”. What the book itself reveals about the industry does nothing to weaken his case.

Trophy Leaks is Gonçalves’ third book on the trophy hunting industry this year. His first book in the trilogy, Trophy Hunters Exposed: Inside the Big Game Industry, detailed who the industry’s major players are, such as Safari Club International (SCI). It also looked at the relationship international wildlife bodies like the Convention on International Trade in Endangered Species of Wild Fauna and Flora (CITES) have with the industry.

The second book was called KILLING GAME: The Extinction Industry. It took aim at the conservation argument the industry uses to justify itself. The industry claims that communities co-existing with trophy-hunted species benefit from the trade and therefore are incentivised to conserve them. So the industry argues that the practice promotes conservation. But CBTH interviewed members of such communities who, far from confirming they benefited from hunting, claimed they receive nothing from the trade, even though they “see many animals being killed”.

KILLING GAME also analysed the impact of trophy hunting on the conservation of targeted species, in terms of what the practice is doing to their population sizes and genetic diversity. For most of the species Gonçalves highlighted, hunting appeared to weaken their long-term viability due to excessive killing and the targeting of the biggest individuals.

Taking a life every 3 minutes

Trophy Leaks bolsters the argument that the trophy hunting trade would be better described as an ‘extinction industry’. As Gonçalves documents, the scale of killing is vast:

An estimated 1.7 million animals were shot by trophy hunters over the past decade – the equivalent of almost 500 animals a day, or one every 3 minutes.

That breakdown is based on analysis published by IFAW in 2016. But the CBTH founder also looked at CITES data for certain years. Based on this, he reveals:

In 2018, the most recent year for which full data is available, trophy hunters from 77 countries shot 35,000 animals from more than 150 threatened species. This equates to 100 supposedly protected animals every day.

Gonçalves points out that in previous years the figure was even higher. In 2000, trophy hunters killed 47,000 CITES-listed animals.

Founded in 1973, CITES is the UN body that regulates and controls the trade in many wildlife species, depending on their vulnerability to extinction. It arranges species on lists, known as appendixes, which dictate how much protection they get. However, CITES allows the trophy hunting industry relative freedom from its restrictions. Because human hunters aren’t supposed to sell on the ‘trophies’ of other animals they kill, CITES deems it a non-commercial and personal trade. So most CITES trading restrictions don’t apply to the trade in ‘trophies’. For the most part, hunters just have to arrange export or import permits for the body parts they’ve ‘bagged’.

Trophy Leaks also makes clear that this scale of killing is baked into the industry. Because trophy hunting advocacy groups, like SCI, keep record books and have awards programmes that make such widespread bloodshed inevitable.

This is significant as conservationists who endorse trophy hunting often acknowledge the practice’s flaws, such as excessive quotas – meaning excessive killing. But they argue it can, and should, be reformed not banned. Trophy Leaks reveals what level of reform it would take to end the industry’s excessive killing: the scrapping of many of the things that are fundamental to how it functions, i.e. wholesale change.

The more animals shot, the more prestigious the award. ….

Like an arcade game, once you reach a new level for killing a given number of animals, you are encouraged to progress up to the next level by shooting even more.

SCI’s Hunting Achievement Award at ‘Gold’ level or higher, for example, is a prize it hands out to hunters who have killed individuals from at least 100 different species. Gonçalves continues:

There are even awards for those with the most awards. To win them you must kill literally hundreds of animals single-handedly.

Overall, the CBTH founder says SCI has “handed out 19,851 prizes in recent years to hunters who have shot large numbers of animals”. And SCI is just one of the many pro-hunting organisations that dish out such awards.

In the book, Gonçalves names and shames many of the people who’ve won SCI awards for their prolific killing. Among them are Brits Abigail Day, a lawyer, and Thames Water worker Asif Wattoo. The book also details the lengths the industry goes to in order to shore up political support for its killing. Gonçalves says that SCI alone spent $140m in a single decade on lobbying.

As The Canary has previously reported, the hunting industry even funded blatant disinformation campaigns to attract support for the practice. The CBTH founder says the UK government was targeted in these campaigns after the Department for Environment, Food and Rural Affairs (Defra) announced that it was considering banning the import of hunting ‘trophies’ to Britain.

Hunting advocacy groups have long attempted to brand themselves as conservation organisations. They use this supposed value to conservation as an argument for the continuation of the practice. Although they have attracted support from some members of the international conservation community, many reject the notion that trophy hunting is acceptable or useful in conservation. Indeed, conservationists and groups like CBTH often argue that, far from conserving wildlife, trophy hunting is threatening species’ future survival.

Trophy Leaks offers a disturbing account of the threat the industry poses to wildlife. It portrays the industry as one that, rather than consciously placing conservation front and centre, is about killing more individuals, in more places, with a wider variety of weapons. The book shows that, rather than putting all its efforts into securing the future viability of species, the industry is busy trying to breed different versions of species, such as white lions or golden wildebeest, so its hunters have a wider choice of individuals to target. It also notes that, instead of innovating solutions to the biodiversity crisis, hunters are dreaming up ever more creative ways to kill, such as the new ““Hogpocalypse now” trend, whereby people can shoot pigs en masse from helicopters.

In short, Trophy Leaks offers a picture of an industry that isn’t killing for conservation. It’s killing for kicks, thrills, and prizes. Surely such an industry has no place in the 21st Century, especially with many of the world’s species on the verge of collapse.