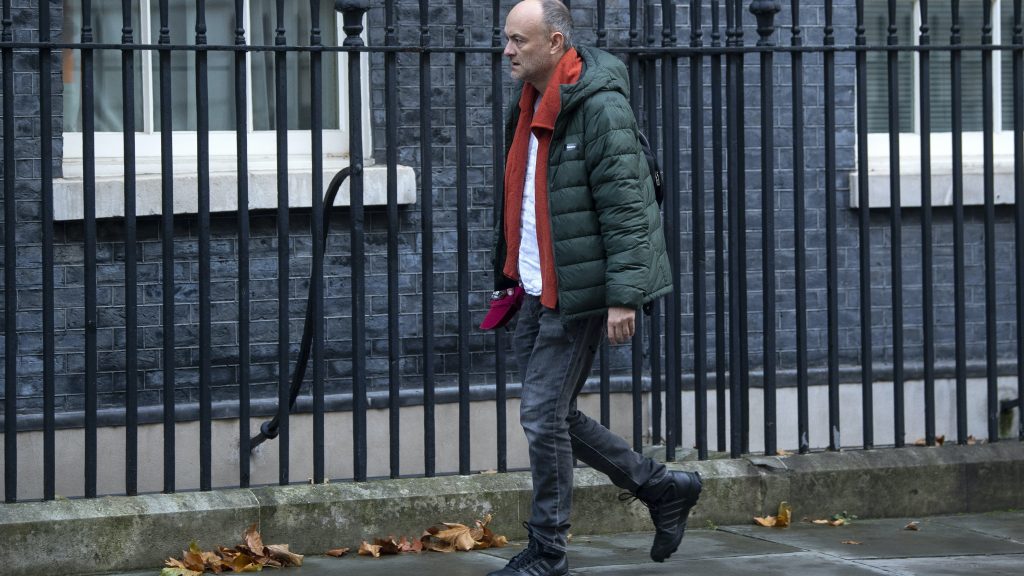 Downing Street has defended Dominic Cummings’ pay rise of around £45,000 as taking him to the “correct level of salary” for his role as a “most important” special adviser.

His salary raise to up to £144,999 provoked anger for rewarding an individual whose trip to Barnard Castle during the first lockdown has been cited as undermining public confidence in the government.

The news comes on the same day that Unicef has launched its first UK operation in its 70-year history to feed hungry children. As Labour MP Richard Burgon tweeted, in the UK, “poverty is a political choice”.

Cummings is in the process of leaving his role as Boris Johnson’s chief adviser after a bitter public power struggle gripped Number 10.

On Wednesday, the Prime Minister’s press secretary Allegra Stratton said: “It’s the case that Dominic Cummings’ revised salary reflected the fact that up until his departure he was one of if not the most important special adviser.

“And the new salary he received was in line with the salary chiefs of staff and people of that rank receive. It was not that his new salary took him over and above what you would expect for the kind of role he performed.”

The overall cost of special advisers, known in Westminster as Spads, was £9.6 million in the year up to April 2020, the same as in the previous period.

Former communications chief Lee Cain, who left Downing Street last month along with his Vote Leave ally Cummings, was paid between £140,000 and £144,999, the same as the previous year.

Labour’s deputy leader Angela Rayner said: “Boris Johnson defended Dominic Cummings when he broke lockdown rules – then awarded him a £50,000 pay rise. Yet he’s freezing pay for key workers and refusing to give our care workers a pay rise to the living wage.

“Cummings’ bumper bonus is an insult to key workers denied the pay rise they deserve. It’s another example of how under this Government, it is one rule for the Tory Party and their friends and another for the rest of us.”