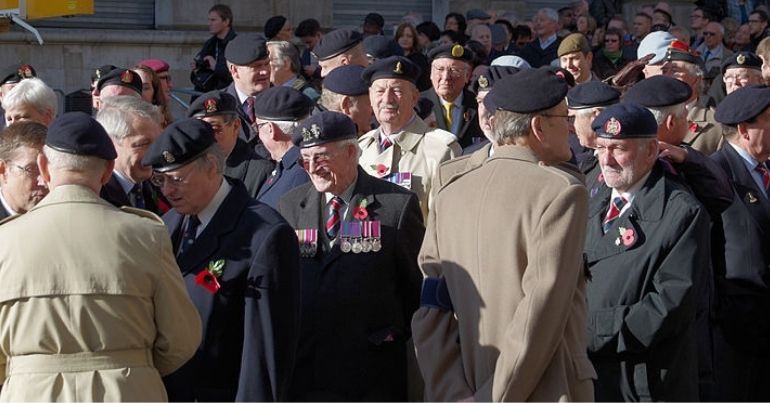 The Office for Veterans’ Affairs doesn’t collect data on homelessness or suicides among the ex-military population, according to a Freedom of Information (FOI) request by the research charity Action on Armed Violence (AOAV).

The revelations call into question exactly what the department is doing to address two of the most high-profile issues affecting ex-forces personnel in the UK.

Responding to the FOI, which asked that data and reports on the issues be shared, the MOD said that information on the two issues “is not held by the Ministry of Defence”.

Best place in the world to be a veteran?

In its response, the MOD cited a study on homelessness which said 2% of service users in London had military backgrounds. The ministry also pointed to “unspecified” research which said that 3% of homeless people in the country as a whole were veterans.

On the issue of suicide, the MOD said that an as yet unpublished study will “investigate causes of death, including suicide, amongst all those who served in the UK Armed Forces between 2001 and 2014, covering combat operations in Iraq and Afghanistan”.

AOAV urged the MOD to collate data so that a baseline could be established to “counter populist myths and misconceptions on this matter”.

The MOD has stated repeatedly their intention to make Britain the best place in the world to be a veteran. The Ministry for Veterans’ Affairs needs, then, to collate data on these issues, otherwise how can their claims of betterment stand up if they do not have baseline figures to show improvement?