A 'New Wales' is possible, and the work has already begun - The Canary 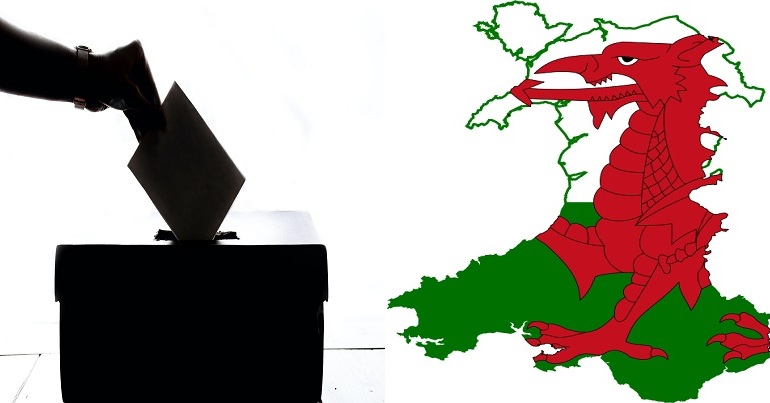 This week, The Canary’s #Independence2021 series speaks to people from movements working towards a new and independent Wales. So we’re speaking with Llywelyn ap Gwilym of YesCymru and Sam Coates of UNDOD. This series explores the movements for independence in Scotland and Wales in the run up to the May 2021 elections.

Ap Gwilym is also the founder of AUOB Cymru, which says it will:

march until Wales is free

And Sam Coates is a member of UNDOD’s national working group. UNDOD is:

They talk about their vision for a new and independent Wales. And it’s a vision that goes further than mere independence from Westminster.

Ap Gwilym is author of The Black Book of a New Wales. He wrote this 45-page pamphlet as a vision of “what could be”. In its foreword, he says:

Some of the ideas presented are a radical departure from the status quo, while others are becoming part of orthodox leftist thinking. Similarly, some have precedents in current or once-existing organisations and institutions, while others have only been [trialled], or indeed have not yet existed. While the details of how we can get from here to there are important, in fact are essential if we are ever to reach that destination, the primary concern initially is in articulating what there could look like.

Ap Gwilym told The Canary that while he’d supported independence for Wales his entire life, he’d never really questioned it. Then, when he did, he learnt it wasn’t just about “independence for independence sake”. Instead, he realised:

it’s about values and it’s about the kind of country that I want to live in which I just don’t see happening by any other means.

So he said he wrote the book to:

put down a picture and narratives of the type of country that I wanted to live in.

His hope is that this would then lead to a debate about the values Welsh people want, in an independent Wales, before independence happens. For him, it comes down to three values:

Because ap Gwilym believes that Wales as part of the UK is not a fair country. So the kind of Wales he wants to live in is one where everyone:

has equal access to the material, social and cultural means necessary to live a flourishing life…has an equal right to the means necessary to participate meaningfully in decisions that affect their lives…will cooperate with each other, because of a genuine commitment to the wellbeing of others, and the sense that it is the right thing to do

He believes that if you begin building this type of society, it’s a virtuous circle where these values build off each other. And while the movement for independence in Wales may not be as developed as the movement in Scotland, ap Gwilym believes the upcoming elections are still interesting. While the issues of coronavirus (Covid-19) and Brexit may dominate, independence is up there too.

To achieve a new Wales after independence, he urges caution because:

For example, according to ap Gwilym, there’s already too much power around Cardiff Bay – but there are opportunities in this. Because when the cracks appear in capitalist society, this creates the opportunity to “build a better society”. He says there are already community owned businesses in the north of Wales, and there’s a plan for a community owned bank and energy schemes.

Sam Coates from UNDOD told The Canary that his organisation had been:

in some ways inspired by the radical independence campaign in Scotland.

Then UNDOD started talking about the kind of Wales it wanted, and started:

thinking in more utopian terms about what could independent Wales actually mean and how could it… radically improve people’s lives. Because the dominant narrative coming out of people like Plaid Cymru was that we’d end up looking a lot like the republic of Ireland and there’s obviously lots of reasons for people on the left why that’s a flawed vision and we’d want to be thinking bigger than that really.

So, it encouraged “people to think deeper” and networked on progressive campaigns. Campaigns such as the one to protect the National Library of Wales from funding cuts. It worked with the trade union movement on this to “raise awareness”, and Coates believes they had “a semi victory”.

UNDOD’s vision is to “get rid of the exploitation of the capitalist system” and to put the “liberation of everyone at the centre of the struggle for independence”. It believes in universal income, the tradition of anti-nuclear power and anti-militarism, and that Wales could play a positive role on the international stage on these issues.

And while Coates said UNDOD hasn’t fully decided its position for the May elections yet, it’s:

Then, speaking from a personal point of view, Coates added:

some sort of shake up in May would be a good thing in forcing the parties to think more deeply about the question of independence.

He feels in Wales:

It’s a good thing there’s a more grassroots approach to thinking together about what the future of the country could look like.

Coates believes there’s a risk to the Senedd’s (Welsh parliament) existence. Because the political class in Wales has “embraced the neo-liberal model of Westminster”, ordinary Welsh people don’t see the Welsh government doing much different to the UK government. Therefore, this feeling could play into the hands of British nationalists who want to abolish the Senedd. Yet for some reason, according to Coates, that risk “has been underplayed”.

We’re reproducing the British state on a smaller scale where Cardiff has generally done quite well out of all the public sector jobs. But it’s sucking wealth and talent from the rest of the country and making traditional Welsh speaking communities less viable than they were…there’s a sense outside of Cardiff that not very much has changed as a result of devolution and if we don’t have anything more radical than devolution to solve people’s problems, like independence, then the risk of going backwards is really significant.

The real work has begun

Plaid Cymru (PC) said if it wins the May elections, it will hold a referendum on independence. PC is the third-largest party in the Senedd and holds ten of the 60 seats. And one recent opinion poll suggested a slight increase in its support. Additionally, the English and Welsh Green Party said it would campaign for independence in a referendum. And even some members of the Welsh Labour Party admit privately that independence is a serious issue, while others have joined the independence movement.

But neither AUOB Cymru nor UNDOD predict great change in terms of independence in the election. Instead they’re focusing on the groundwork. So when independence does become a reality, we really could be living in a “New Wales”.