#KillTheBill: here's where you can join a protest this weekend - Canary 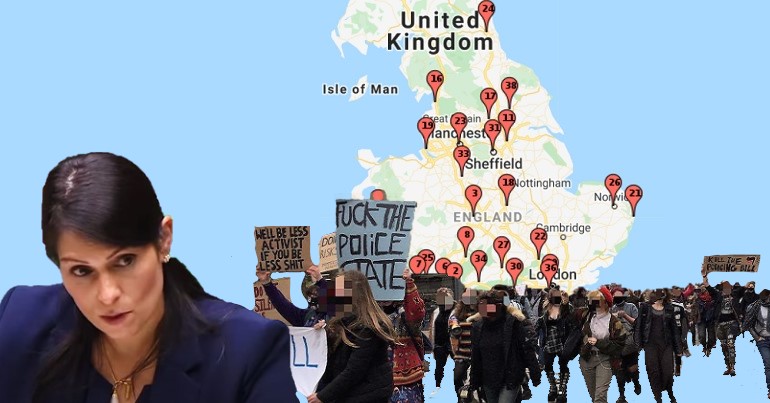 Home secretary Priti Patel’s Police, Crime, Sentencing and Courts Bill has been in the public eye for weeks. Also known as the Police Bill, it’s resulted in protests up and down the UK. And they’re not ending anytime soon. Because this weekend dozens of #KillTheBill demos are happening across the country.

Campaign group Collective Action LDN has produced an interactive map of where #KillTheBill protests will be happening. It had 38 listed as of Friday 16 April at 12pm. A lot of them are happening on Saturday 17 April: 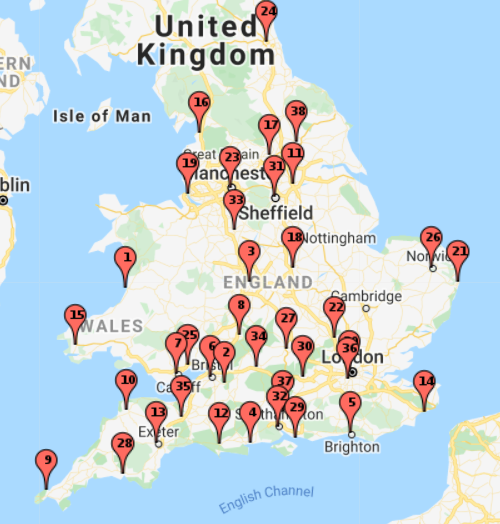 Some of the #KillTheBill demos have Facebook pages. So, you can check out the details for the following demos there:

But as The Canary‘s Emily Apple previously wrote, make sure you know your rights when you’re out on a #KillTheBill demo.

But as police monitoring group Netpol’s Kevin Blowe told The Canary, don’t take anything for granted if you’re on a #KillTheBill demo this weekend:

The coronavirus regulations changed on 29 March, providing protests with an exemption from restrictions. This is supposed to mean gatherings with a formal organiser, where police have seen a risk assessment.

Second – follow these simple steps from legal group Green and Black Cross to protect yourself on #KillTheBill (and any) demos:

Also, watch out for the so-called ‘Blue Bibs’. These are police liaison officers. They may appear friendly and make idle small talk, but often Blue Bibs are actually trying to get info on you and those you’re protesting with. So, do not engage with them at this weekend’s #KillTheBill demos:

It seems that the disquiet over the police bill is not going away. In fact, if anything, it’s sustaining momentum. So, after many months of lockdown, why not take the opportunity this weekend to get your marching boots polished and back on your feet? Because if we act collectively, we could actually #KillTheBill.