Six essential ingredients that would make for a meaningful COP26 - Canary 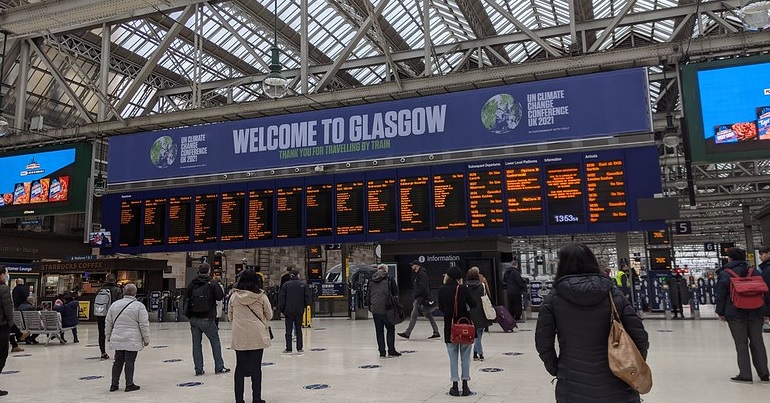 The Copenhagen climate summit in 2009 yielded a target, supported mainly by industrialised countries, to limit global warming to 2C. This is double the amount of warming that is contributing to the apocalyptic climate disasters of today. As the book Less is More: How Degrowth Will Save the World pointed out, the Sudanese G77 chief negotiator Lumumba Di-Aping responded that “We have been asked to sign a suicide pact”. Unsurprisingly, the nations most vulnerable to the impact of the climate crisis – over half of all countries – rejected the target.

The 2015 Paris climate summit ended with a commitment to limit global warming to “well below” 2C, namely 1.5C. The target is, however, haphazardly sought through individual countries’ voluntary Nationally Determined Contributions. So the objective hasn’t done enough to stem global warming in line with 1.5C. The latest UN report asserts that the world is currently on course for at least a 2.7C rise in temperature this century. Early Western climate change warner James Hansen said the Paris Agreement was a “fraud” at the time.

So can COP26 – the next instalment in the chequered history of global climate agreements – make any meaningful difference? Here are a few key ingredients it needs to have in order to do so.

Many of the policymakers descending on Glasgow for COP26 have announced targets and pledges related to the climate and biodiversity emergencies in 2021. But there’s a chasm between what many believe is the right path forward and what decision-makers intend to do.

Politicians and corporations have, for example, firmly coalesced around a ‘Net Zero‘ ambition. Net Zero doesn’t mean real zero carbon emissions. It’s essentially a plan to ensure the amount of carbon emitted by a country or organisation isn’t more than the amount of carbon they ensure is removed from the atmosphere. 2050 is the year most Net Zero ambitions centre on.

But Net Zero calculations generally include unrealistic claims about nature’s carbon-storing capacity, uncertain technologies, and highly contested energy ‘solutions’. What they often lack, meanwhile, is a plan to dramatically lower emissions by reducing and ultimately ending fossil fuel use. Climate plans also regularly fail to adequately address the other damaging greenhouse gas in the room: methane.

Numerous NGOs have warned that Net Zero is nothing more than a “Big Con”. Scientists have also called it a “dangerous trap”. The membership organisation CLARA recently explained why, arguing that the Net Zero narrative “feeds a false belief” that the world can continue its “fossil emissions out to 2050 and beyond”.

In short, Net Zero plans generally avoid tackling the problem at the heart of the climate crisis: the fossil-fuelled economic system, with its excessive exploitation of the Earth, unsustainable consumption, and fixation on growth.

If COP26 is to be meaningful, policymakers need to show that their eyes are open to this. They also need to stop trying to pull the wool over ours.

By an order of magnitude, rich countries bear historic and current responsibility for global warming. Indeed, over-exploiting and polluting the planet is largely how they attained their wealth. Perversely, however, it’s poorer countries – mostly in the global South – that are suffering the worst impacts of that warming. Moreover, its groups of peoples in these countries who have preserved the natural spaces and biodiversity that’s vital for a liveable planet despite centuries of plunder by rich countries.

Despite all this, rich countries have yet to provide adequate funds to low income countries. A longstanding goal of climate talks has been the provision of £100bn a year to such nations in climate finance. These funds would be to support mitigation (lowering emissions) and adaptation (protecting against climate crisis impacts). According to COP26 president Alok Sharma, wealthy countries are unlikely to fully honour the pledge until 2023.

Meanwhile, the Jubilee Debt Campaign asserts that around two-thirds of the climate finance provided to poorer nations so far has been via loans, not grants. This is worsening an already dire debt crisis for them, whereby their debt repayments dwarf the amount of money they have to tackle the climate crisis.

Funding to lower income nations for loss and damage resulting from the climate crisis hasn’t been forthcoming either. That’s why over 300 organisations from around the world have written to Sharma. They’re calling for decisions at COP26 to “provide sufficient and needs-based Loss and Damage finance” that’s based on “equity, historical responsibility and global solidarity, applying the polluter pays principle”.

Alongside providing adequate funding to the global South, it’s also critical to give communities there a bigger voice in climate negotiations. Because although the natural world cannot suck up carbon at the scale Net Zero champions claim, it is a ‘sink’ for carbon. Nature, of course, also provides everything humans need to live – water, oxygen, and food. So enabling a flourishing natural world, with all its biodiversity, is key to planetary health. Experience tells us that no one is better at co-existing in a mutually beneficial relationship with nature than indigenous peoples and local communities. As such, respect for and learning from these communities’ practices and beliefs is key to tackling the climate and biodiversity crises.

The Paris Agreement does recognise the importance of indigenous peoples’ and local communities’ rights and knowledge. But a lack of concerted action by nations has allowed the persecution of indigenous peoples and violations of their territorial rights to remain widespread.

So what would these elements – truth, justice, and respect – look like in terms of action from the parties at the conference and beyond? As already mentioned, adequate financing needs to be forthcoming for mitigation and adaptation, alongside loss and damage. Global Justice and others also argue that:

Until widespread and unconditional debt cancellation is offered to governments in the global south, there will be no climate justice.

With regard to embracing truthful solutions, NGOs and organisations have made a number of demands, including:

Demands further include the scrapping of carbon offsets, whereby polluting companies can claim they’re cancelling out their emissions by investing in projects that have the potential to suck up emissions. Relatedly, one element of the Paris Agreement parties have yet to agree are the rules on carbon markets, meaning the trading of emissions cuts and carbon credits by governments and companies. The think tank Power Shift Africa says these rules must be concluded in a way that “safeguards real emission cuts” and “environmental integrity”, as they could easily turn out to do the exact opposite.

Then there’s agriculture, of course, which plays a huge role in the climate and biodiversity crises. Agroecological solutions which work with nature are favoured by many peoples and organisations. Currently, however, global and national authorities are largely pursuing a tech- and corporation-heavy approach that doesn’t sufficiently address the need to dramatically reduce animal agriculture.

Many NGOs have also urged policymakers to reject alternate energy sources, like biomass, that they say threatens to worsen the climate crisis. Biomass energy mainly involves the burning of wood. Its producers, such as Drax, claim it’s carbon neutral despite the fact that it appears to be driving the destruction of longstanding, carbon-holding forests and is a carbon-intensive fuel.

Rainforest Action insists that, given their potential to store carbon, forest and peatland protection “must come first” in climate mitigation plans for land. It asserts that governments can introduce regulations to eliminate deforestation from their commodity supply chains in order to fulfill the Paris Agreement.

There are already examples of this happening on a municipal level. European association the Climate Alliance, for example, is a network of municipalities that have partnered with indigenous organisations in the Amazon to protect the global climate and the rainforest. Its European members commit to not using tropical wood, particularly from illegal logging, in their public procurement. Dialogue and cooperation between the partners, and the subsequent learning that yields, is key to its work. Climate Alliance members also support the protection of indigenous rights. Rainforest Action raises rights protection as a key priority for COP26 too:

In short, what the world needs from officials at COP26 and beyond is for them to show solidarity towards the Earth and all its living inhabitants. As a report from numerous NGOs puts it:

Leaders can listen to the people and once and for all prioritise people’s lives and the planet over engines of profit and destruction. To avoid social and planetary collapse, they must heed the calls of millions of people around the globe and pursue policies that justly, equitably transition our economies off of fossil fuels and advance real solutions that prioritize life – now.