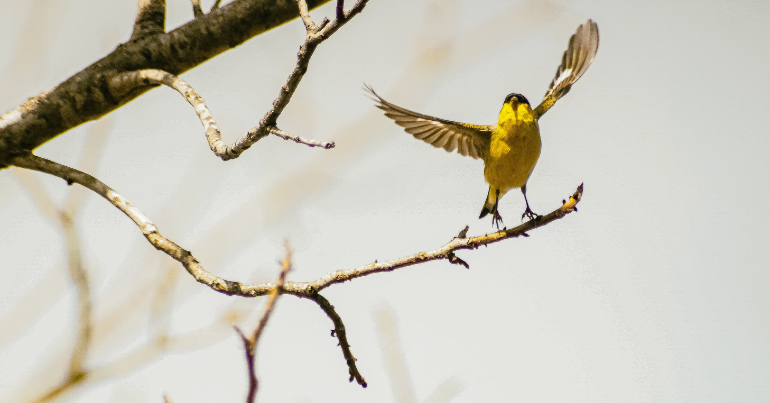 Never a feathered beast to rest on the wing, the Canary is in the midst of radical changes. We make the whys and wherefores of that transformation clear in a series of articles and a dedicated page.

This October also marks the Canary‘s seventh birthday. So to accompany the multitude of revelations you can find elsewhere on our new, improved website, here’s a potted history of the Canary‘s journey so far.

The early days of the Canary

The Canary took flight in October 2015. Within a few weeks of its existence, mainstream media outlets started freaking out. They had good reason to do so because the Canary was calling them out on their shit.

For years, there’s been growing dissatisfaction among the public with the overwhelmingly right-wing establishment media. This was one of the reasons why the Canary came into being. The hunger for an alternative was clearly reflected in our readership, with the publication reaching millions monthly from quite early on.

2015 was also the year that Jeremy Corbyn became leader of the Labour Party. He championed ideas that promised to upend the status quo. Naturally, the establishment’s media (not a typo) instinctively tried to sabotage him at every turn. So, as part of a growing independent media landscape at the time, the Canary dedicated a significant amount of time in our early years to giving people some idea of what their electoral choices actually were – including making sure people knew which parties were electoral cheats.

The upshot of the UK’s electoral choices became very clear with the arrival of coronavirus (Covid-19). The government dragged its heels on reacting to the emergency. As one of our staffers astutely pointed out, the government’s early response echoed a proclamation by a character from Shrek, who said: “some of you may die, but it’s a sacrifice I am willing to make.”

The Canary called this appalling ‘leadership’ out from the start and continues to do so.

Many stories, one foundation

Seven years is a short amount of time in the grand scheme of things. But looking back at the breadth of the Canary‘s coverage, its seven short years feel like a lifetime. From the arms industry to the welfare state, via police brutality and the sixth mass extinction, we’ve cast a wide net in terms of reporting. What’s been behind all of our reporting choices, however, is a revulsion of injustice and a compulsion to stand with those facing it.

The Canary has also attempted to confront the injustice within the media landscape itself. It’s a closed shop industry that generally greets people who don’t have a private education with a sign that reads: ‘your name’s not double-barrelled, so you can’t come in’. But through our Amplify project, we’ve provided free training, mentoring and paid publication to magnify marginalised people’s voices.

Changing with the times

However, we live under the boot of a system that cannot exist without injustice. So as an entity that rails against injustice, the Canary has faced challenges. This has impacted how we operate as an organisation through the years.

We began, for example, as an organisation that largely derived income from advertising revenue. But moves by social media giants to limit the reach of independent media, bogus attacks on us, and other factors ultimately propelled us towards the adoption of a different model. This is a membership-based model, where most of our income comes from the generous people who financially support us.

We are immensely grateful to our supporters for financing our work – and we feel a deep sense of responsibility to them. That is, in no small part, why we have spent a considerable amount of time this year looking inwards rather than outwards. As we explain in detail elsewhere, we uncovered a ton of unequal practices that are the antithesis of what we stand for.

So we got rid of the bosses and started laying down the foundations for our transformation to the Canary Workers’ Co-op.

As we set out on this ambitious and necessary newest course, one thing is for certain. We will need members – old and new – to help our bird soar.