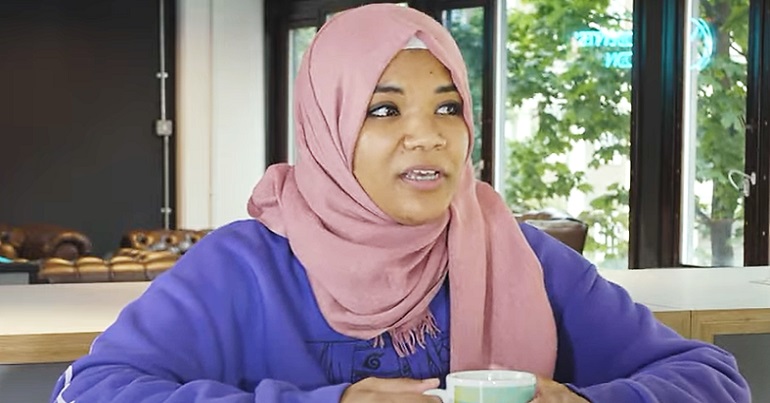 Several campaign groups have signed a joint statement in support of sacked National Union of Students (NUS) president Shaima Dallali. This shows the strength of feeling that exists over the NUS’s actions – and that there is cross-organisational support for Dallali.

The NUS: “deeply politicised” against Dallali

As the Canary previously reported, the NUS suspended and then sacked Dallali over alleged antisemitism – including a tweet from 2012 for which she had already apologised. People have hurled racist and Islamophobic abuse at her online due to the situation. Dallali said on this:

Unfortunately, as a black Muslim woman, it is something that I expected because I’ve seen it happen to other black Muslim women when they take up positions in the student union or the NUS, where they are attacked based on their political beliefs or their pro-Palestinian stance.

Moreover, the NUS went public with Dallali’s sacking before telling her, and did so on the first day of Islamophobia Awareness Month. So, various people and organisations have condemned the NUS’s actions. The Federation of Student Islamic Societies (FOSIS) called the union’s decision “deeply politicised” and said that they had:

come to the conclusion that NUS is no longer an organisation that take Muslims or Islamophobia seriously and therefore is not a safe space for Muslims.

Now, a collective of organisations has written an open letter about the situation.

The groups which have signed the letter are:

You can read the full statement here. The groups said in a joint press release that the letter raises:

concerns about the conflation of legitimate critique of Israel’s oppression of the Palestinian people with antisemitism. It also criticises the NUS for abandoning “its duty of care to its elected President” adding that Dallali has faced “horrifying abuse and death threats.”

Signatories also raise concern about the disproportionate involvement of the Union of Jewish Students (UJS), who they say were given significant authority in the framing of the investigation and the appointment of the Independent Investigator. They outline how this violates due process due to many of the allegations against Dallali involving criticisms she had made of the UJS. They also point out that this fails to take into account the role the UJS has played in the conflation of antisemitism and legitimate critique of Israel’s oppression of the Palestinian people.

The statement also expresses concern about the awaited outcome for the broader NUS investigation into the institution itself. And it shares fears that results of the investigation “rather than combatting the very real problem of antisemitism, will instead contribute to anti-Palestinian racism and the silencing of legitimate advocacy for Palestine”.

The NUS and Dallali: see you in court?

So far, the NUS has said nothing further to the statement it released on 1 November. However, chair of the Muslim Association of Britain Raghad Altikriti hit the nail on the head regarding the union’s actions:

We are deeply concerned about the racist, Islamophobic precedent that the NUS has now set. Regrettably, Shaimaa is yet another young Muslim woman of colour subjected to a public onslaught of hate.

And the situation isn’t over yet. Dallali has already got legal representation. Her solicitors, Carter-Ruck, said in a statement that she is:

Let’s hope Dallali takes the NUS to court over her appalling treatment.