Oladeji Omishore's family wants to take the police watchdog to court. But they need our help. - Canary 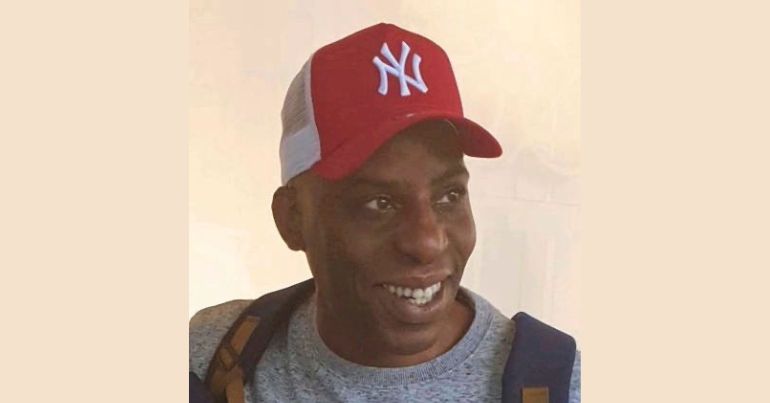 Oladeji Omishore fell to his death after Met police Tasered him on Chelsea Bridge on 4 June. His bereaved family now hopes to take legal action against police watchdog the Independent Office for Police Conduct (IOPC).

Oladeji’s family has launched a CrowdJustice campaign. They’re trying to raise funds for the court case challenging the IOPC’s decision not to investigate the conduct of the officers involved.

Oladeji died in June having fallen into the River Thames after police Tasered him multiple times. He was near his home and experiencing a mental health crisis at the time.

The IOPC’s own data shows that police disproportionately use Tasers against Black people, particularly those experiencing mental health issues.

Oladeji’s recently bereaved family joined the United Family and Friends Campaign (UFFC)’s annual protest on 29 October. Since 1999, the coalition of bereaved families which makes up the UFFC has organised a procession and rally each year. The families aim to remember their loved ones and demand justice for those killed at the hands of UK police in prisons, immigration systems, and psychiatric custody.

Speaking to protesters on the day, Oladeji’s father told the crowd:

My son was caring, compassionate, giving and artistically talented, with a deep appreciation for nature. But on that fateful day he was vulnerable, in mental health crisis, clearly distressed and in painful agony. He needed support and medical intervention but was instead met with brutal, brutal excessive force.

The recently bereaved family of Chris Kaba, whom Met officers shot and killed in September, also attended the UFFC rally. Their presence reflected the ever-increasing number of deaths of Black men at the hands of police.

Taking the IOPC to court

Oladeji’s family states that police responded to their loved one, who was evidently in need of support, with “repeated, excessive, unjustified force”. The bereaved family is concerned by the watchdog’s “unlawful and irrational decision” to treat the two officers involved as witnesses and not investigate them for professional or criminal misconduct. Through this case, Oladeji’s family seeks transparency and accountability.

INQUEST is a charity which supports the bereaved families of people who have been killed due to state violence and neglect. Underscoring the significant impact that a successful legal challenge against the IOPC could have in this and other cases, the charity tweeted:

Deji Omishore's family want to legally challenge the IOPC. This could lead to more justice & accountability for police in their case & many more.

BUT they need your help. There are ONLY 13 DAYS to meet the @CrowdJustice target. Pls share & donatehttps://t.co/FH8WRANA2r pic.twitter.com/CGA6tJSgCs

End Taser Torture, a grassroots campaign group established and led by the bereaved families of Adrian McDonald, Marc Cole and Darren Cumberbatch, has launched a petition to ban the police’s use of Taser against people experiencing mental health crises. All three men were experiencing mental health crises and died following police use of Tasers. Urging people to donate to the fundraiser, End Taser Torture shared:

Can you spare a few quid to bring this urgent Legal challenge against the IOPC? Community support will help to secure justice for Deji and many many more families ❤️@justicefordeji https://t.co/WmBPCFeM5C via @CrowdJustice

Oladeji’s family seeks to raise £10,000 by midday on Wednesday 16 November. Supporters can donate via the CrowdJustice campaign page. You can also follow the family campaign on Twitter at @justicefordeji.