Sanna Marin did nothing wrong except rile misogynists everywhere 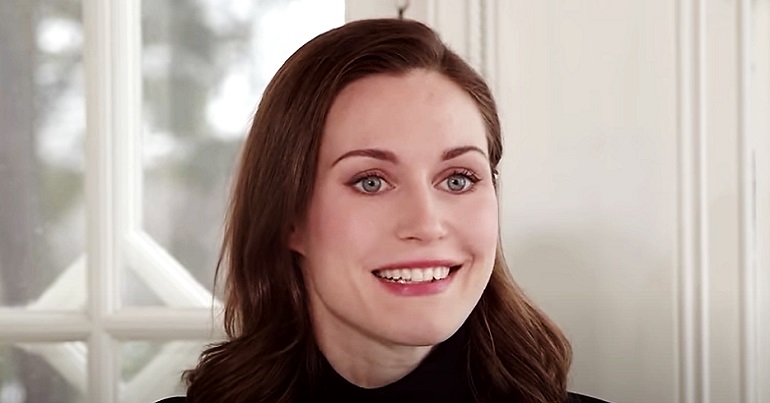 An independent body has cleared Finnish prime minister Sanna Marin of misconduct. This follows an official inquiry after a leaked video showed her partying in August. Of course, the real story here is one of misogyny and sexism.

Marin: cleared of any wrongdoing

AFP reported that dozens of complaints were filed to Finland’s chancellor of justice. This was after Marin was shown dancing and partying with friends and celebrities, spawning global headlines. The complaints alleged that Marin was unfit to work “due to alcohol consumption”, that her behaviour was inappropriate for a prime minister, and that she undermined Finland’s “reputation and security”.

But the chancellor, an independent office responsible for overseeing the legality of government activities, and to which any citizen can lodge complaints, concluded that Marin had not neglected her duties as prime minister.

Chancellor of Justice Tuomas Poysti said there was:

no reason to suspect the prime minister of unlawful conduct in the performance of her duties or of neglect of her official duties.

He went further, saying the complaints failed to establish that Marin had omitted or jeopardised a “specific official duty”. Poysti noted that assessing the “moral and social” dimension of a prime minister’s leisure activities is “a matter for parliament”. He added that:

At the time of the incident, Marin said she spent “an evening with friends”, and that the videos were “filmed in private premises”. On the weekend in question, she had no government meetings. Marin defended her perfectly normal actions, saying:

I am human. And I too sometimes long for joy, light and fun amidst these dark clouds.

The fact she had to defend herself for having fun speaks volumes. But the situation went further – with public opinion and faux-outrage forcing Marin to take a drug test. It was negative, despite numerous accusations on social media.

What’s the difference between Boris Johnson and Sanna Marin?

This story is rooted in institutionalised misogyny and sexism. As Amanda Cassidy wrote for IMAGE:

this kind of pearl-sac clutching takes away from the actual politics. In fact, it risks turning real democratic debate into Daily-Mail style take-downs based around clothing and appearance. More than a few articles referenced PM Marin as ‘gyrating’, ‘grinding’ or ‘in high spirits’ all fluff words for what they are really implying.

She continued by saying that:

The problem some have (and which they blame on her inability to govern if something happened that night) is that Marin is also a mother (frown), and therefore has no business being out living life so obviously enjoying her ‘wild night’ (shake of the head).

What this’ scandal’ has shown is that a lot of people are uncomfortable with women in positions of power. It shows the power of disinformation and right-wing hysteria. It shows the media’s need to blow things out of proportion.

Meanwhile, in the UK, law-breaking partying politicians like Boris Johnson have their careers resurrected by the same right-wing media that slammed Marin. What could the difference between Johnson and Marin be, I wonder?