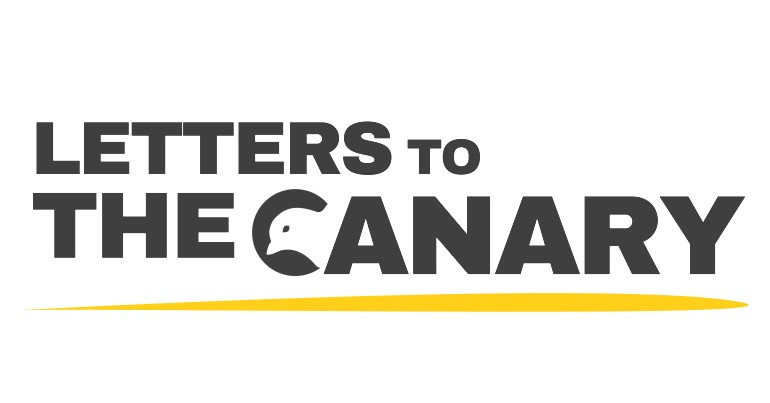 The Canary is excited to launch our members’ letters page. This is where we publish people’s responses to the news, politics, or anything else they want to get off their chest. However, this is a members-only benefit! If you’d like to subscribe monthly to the Canary – starting from just £1 – and get a letter published, then you can do that here:

This week we’ve got an open letter from a postal worker, debate around Scottish independence, and some thoughts on Don’t Pay UK.

As you have seen over the past few days, the Communication Workers’ Union (CWU) has announced more strikes over the Christmas period. We do not want to do that.

I myself have a one-year-old baby, a mortgage, am the only earner in my household, and have lost hundreds of pounds because of the strikes.

I love my job at Royal Mail, and wish to continue loving it.

But as you have seen, the CEO of the company does not care about us, and does not care about the great service we provide. Our terms and conditions are already being broken across the country. We are being told we are not working hard enough, not working fast enough – but I am doing 50, 60, 70 hours a week. How much more can I do? Royal Mail gave away £500m in bonuses to shareholders and then announced a £219m loss. They are hiring 11,000 agency staff at a higher rate than what posties get. Yet they want to make 10k redundancies? Management have been offered £1k bribes to break the strike and work through it, while also getting food vouchers and extra holidays. But Simon Thompson CEO is saying there is no money?

Now they have told Parcelforce members – who are struggling financially – that they will receive a £300 payment if they break strikes over Christmas. Yet they are telling the public that they want an agreement with the CWU, and that they are in deep talks. Yet all their actions are showing they are not:

Royal Mail Group who are pleading poverty have today offered Parcelforce workers up to £300 to break next weeks strikes.

RT if you think this is an absolute disgrace and will stand shoulder to shoulder with your postal worker for however long it takes. #StandByYourPost

They want to change our sickness terms so we do not get sick pay for first three days of being off sick. They want us to do silly hours of 9-5. But if we cannot finish our duty in those hours, we cannot cut off until we deliver every parcel and letter – and we will not get paid for going over. They are telling you that letters are just as important as parcels. But we are being told in our offices ‘don’t worry about the letters, just get all the parcels done and bring letters back for next day if you cannot finish’. Postal workers are not allowed to do overtime during strikes to help cover the £150-£200 they are taking out on a weekly basis.

It’s not even about a pay rise for us. It’s the terms that make this job, this service, invaluable for the country. They are literally ripping up our terms and conditions and nothing is getting done about it.

They want to destroy Royal Mail. They don’t care about us. They care about profits.

All I know is Royal Mail is a national service that is being destroyed by people who will be leaving in a couple of years.

We need enough ‘flame-proof’ people to withhold payment from 1 December on behalf of all those who cannot: pre-pay meter folk, younger people worried about their manufactured ‘credit scores’ (a ruse to keep people scared), and those who fell for the ‘install a smart meter to save the planet’ when those same bits of kit will enable energy companies to remotely disconnect!

I am off to a training session in Manchester so I will know my rights. I consider myself flame proof: I have old-style meters, I will not give permission for anyone to enter my home; at 67 I have no need to worry about my ‘credit score’, and as a pensioner I am considered ‘vulnerable’ so cannot be cut off from October to March!

There’s a lot of confusion on whether Scots want independence. It is true, as your article states, that a majority of independence-supporting “lawmakers” were elected in Scotland at the last election, but anti-independence candidates from Labour, Tory, and LibDem parties received more votes in total. The SNP benefited enormously from first-past-the post, and Sturgeon is relying on this in her nonsensical claim that the next general election will be an independence referendum.

The Supreme Court was right to state that Scotland was not an oppressed nation (unlike, say, Ireland) when it joined the union. Scottish regiments provided the backbone of the imperialist British army across the globe. But if the Scottish government votes for a referendum on independence, then it should be allowed to have one, and socialists should then campaign vigorously against the dead-end of nationalism.

Everything that can be devolved to Holyrood should be, which is the point of “devo-max”, a concept that is popular with many Scots, and that is why Alex Salmond was so desperate to keep it off the ballot paper in the last referendum in 2014. Self-determination, yes; nationalism, no. The SNP thrives under a Conservative government in Westminster, which is why it refused to support a vote of no confidence in Boris Johnson in 2019, as it could’ve led to Jeremy Corbyn becoming interim Prime Minister.