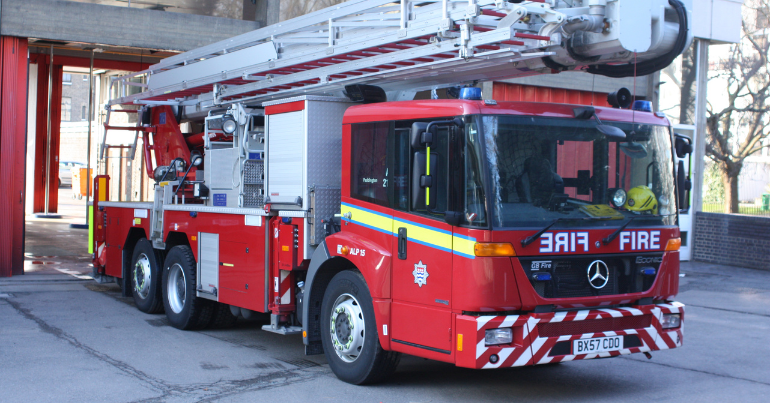 An independent review has concluded that London’s fire service is institutionally misogynistic and racist. The service said it had accepted around two dozen recommendations from a review led by former senior prosecutor Nazir Afzal.

Afzal discovered dozens of examples of racism, bullying and misogyny. In one case, a female firefighter’s helmet had been filled with urine; in another, a Black employee found a noose above his locker. More than 2,000 current and former staff, as well as the public, were interviewed. The report also involved speaking to members of the west London community left devastated by the 2017 Grenfell fire.

The report conceded that it had “accounts of shockingly poor behaviour and painful experiences over many years”. Following the leak late on Friday 25 November, Afzal himself confirmed on Twitter that he “did find LFB [London Fire Brigade] was institutionally misogynist & racist.” He added, “the staff deserve better.”

London Fire Commissioner Andy Roe said in a statement that the report made it “a very sobering day” for the service, and added:

I am deeply sorry for the harm that has been caused. I will be fully accountable for improving our culture and I fully accept all of the 23 recommendations.

London mayor Sadiq Khan said the review was “a watershed moment”, calling the findings “abhorrent”. He called for:

significant and necessary changes to root out all those found to be responsible for sexism, racism, misogyny, homophobia, bullying or harassment – and to support members of staff to speak out.

Roe asked Afzal to conduct the organisation-wide independent culture review following the death by suicide of trainee firefighter Jaden Matthew Francois-Esprit. The 21-year-old took his own life in August 2020. And a subsequent internal investigation unearthed “some tough questions for the Brigade regarding its culture”, said the LFB. Jaden’s mum welcomed the findings of the report, saying:

When Jaden completed his firefighter training he was proud to be wearing his uniform, but within a short time the London fire brigade had completely destroyed him…LFB continually failed to address cultural issues year after year. I do question how that culture is going to change. How are they going to make a young, black, neuro-divergent person like Jaden, who was very inexperienced, feel confident and comfortable at work. What will be put in place?

Indeed, the union representing UK firefighters said it was “sceptical” LFB leaders would implement the reforms needed. The Fire Brigades Union noted it had “raised concerns about many of the issues contained within this report historically”.

Gareth Cook, its regional organiser for London, said the union was “committed to working to address these serious concerns” and added:

We aim to improve the working conditions of our members and protect them from discrimination and unfair or illegal treatment by representing them in the workplace.

The report has echoes of the 1999 Macpherson inquiry into London’s Metropolitan Police, following the racist murder of teenager Stephen Lawrence. That report condemned the force for “institutional racism”. A quarter century on, the Met is still grappling with serious racial and gender bias problems, with a recent slew of allegations of sexual misconduct and discrimination.

As the Canary’s Sophia Purdy-Moore explained:

According to a report from Her Majesty’s Inspectorate of Constabulary and Fire & Rescue Services (HMICFRS), “forces still do not fully understand the impact on individuals and communities of the use of police powers”. The report examined police use of force and stop and search against people from Black, Asian, and minority ethnic (BAME) backgrounds.

It’s appalling that over 20 years after the MacPherson report was published, forces across the UK are still unwilling and unable to recognise the realities of institutional racism and disproportionate policing, let alone start tackling them.

Earlier this year, the Metropolitan police were placed into special measures. Report after report about institutionally racist and misogynist services has led to widespread scepticism over anything changing. The Fire Brigades Union also said:

we have raised concerns about many of the issues contained within this report historically and as a consequence we remain sceptical about the changes senior leaders will implement with regards to their own behaviours.