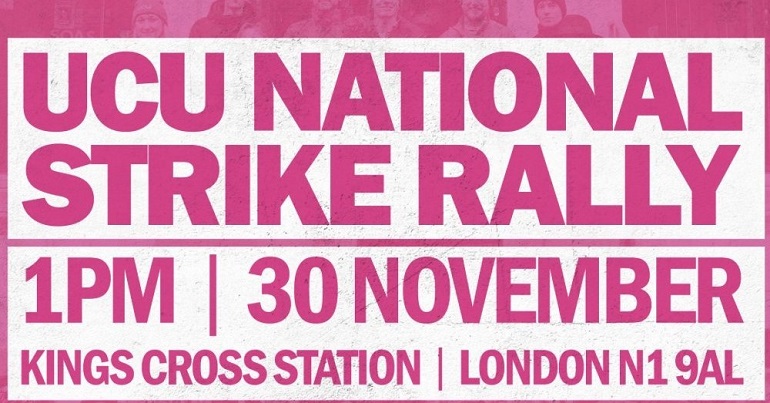 Wednesday 30 November will see several unions taking national strike action – with one of them holding a rally in central London. However, with more unions planning industrial action, it could be the first of many ‘super strike Wednesdays’.

Thanks to campaign group Strike Map UK, we have a clear idea of what industrial action is happening on 30 November:

A thread on who is on strike tomorrow 🧵 1/#strikemapuk

There are three main unions on strike that day. First up, the Communication Workers’ Union (CWU) is continuing its long-running action against Royal Mail over dire pay and terms and conditions. The company has made inadequate offers to workers – yet still, the CWU said on Sunday 27 November that it offered to talk with Royal Mail once more to try and avert strikes. However, as of 12pm on Tuesday 29 November, nothing had changed – so super strike Wednesday will see over 110,000 Royal Mail staff walk out. The CWU has also announced a day of strike action in London on 9 December:

Friday 9th December is a strike day. We are going to bring every member to London for the biggest strike demonstration this country has ever seen

Branches will be asked to lay on transport

The next union striking on 30 November is the National Education Union (NEU). Its members in 77 sixth form colleges are walking out over pay. As the NEU wrote on its website:

the government is sitting on the cash that should be in colleges. Since the government started attacking colleges in 2010, our pay has fallen in real terms by 20% – that’s before the current inflation crisis.

The NEU also noted that the colleges themselves weren’t innocent:

colleges [have] benefitted from an average increase in student numbers of 5%. This came as a consequence of the Covid crisis and is now feeding through in increased funding for the current year. On top of this, a change in the funding mechanism will further increase per-student funding by 8.5%. If there are any affordability issues, colleges must demand adequate funding from the Government.

So, sixth forms across England will see teachers walk out on 30 November. Strike Map UK has logged where the strikes are happening:

On 30 November, thousands of @NEUnion members will be on strike.

Then, the University and College Union (UCU) is also striking on the same day – but it has an additional piece of action going on.

UCU members have been walking out over pay, pensions, and terms and conditions. As the Canary previously reported:

70,000 staff at 150 universities walked out on 24 November over pay, pensions, and working conditions. Bosses have cut workers’ pay by around 25% since 2009, while they also want to slash their pensions by 35% too.

The union also held a strike on 25 November. Now, not only is it holding a third a third strike on 30 November, the union is coordinating the action by holding a rally in central London. Crucially, other trade union leaders like the CWU’s Dave Ward will be speaking in solidarity: 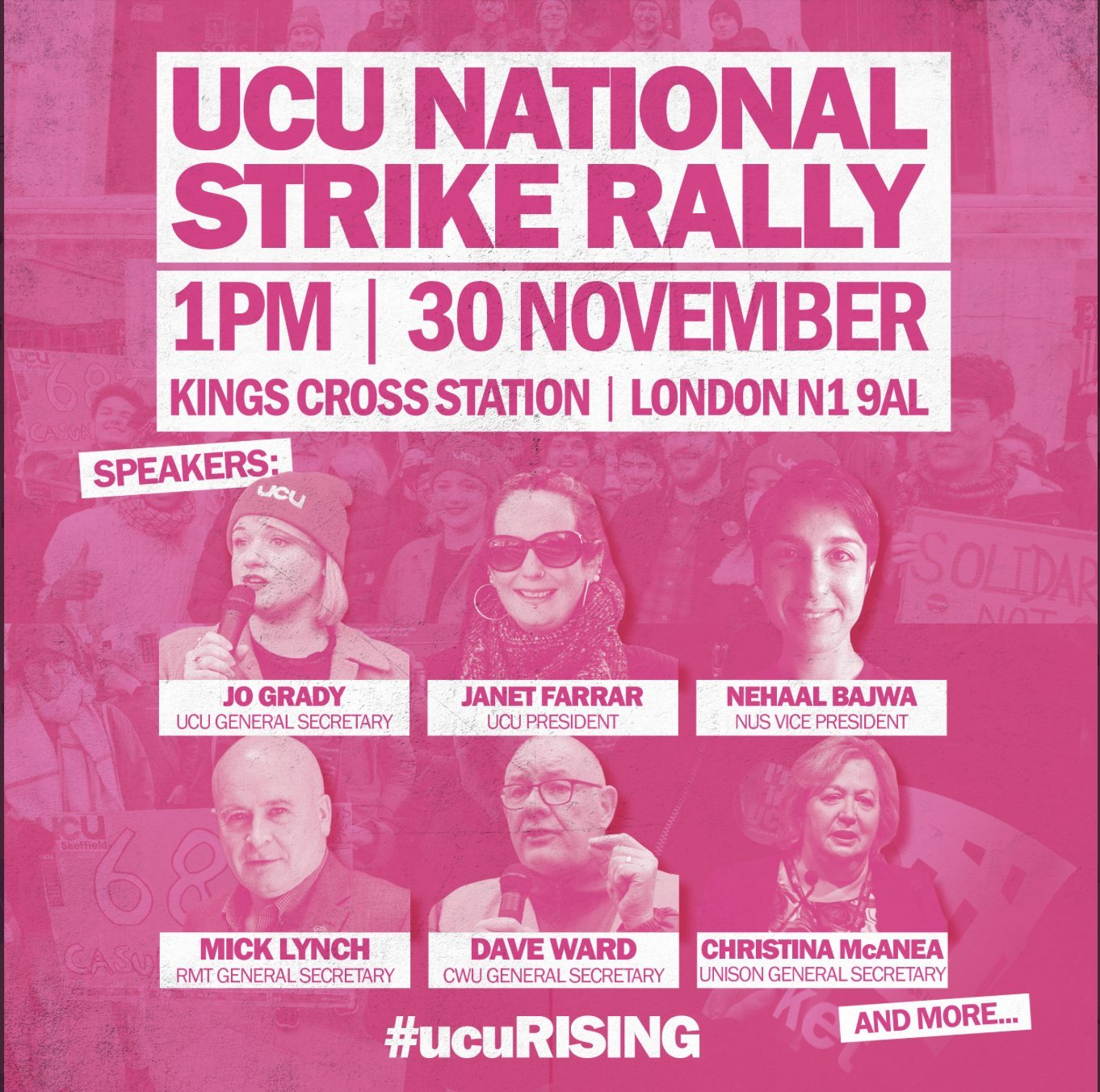 Once again, Strike Map UK has listed all the UCU action locations – check it out here.

For the rest of the year, and heading into 2023, it’s likely we’ll see increasing numbers of these super strike days as more and more unions walk out. However, a question still remains as to why trade unions are not properly coordinating for a general strike.

Given the sheer number of sectors currently involved in industrial action, it would seem like the logical next step to get unions to take action on the same day. Let’s hope this is something in discussion behind closed doors.