Royal Mail on the brink as backlogs grow in sorting offices 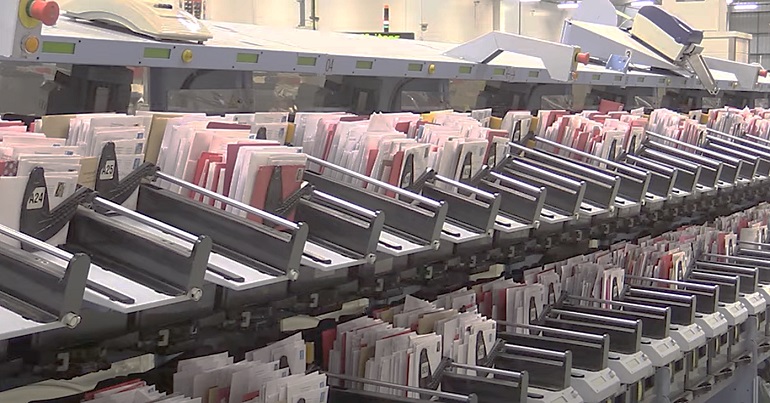 Royal Mail is on the verge of a “Christmas meltdown” due to the backlog in letters and deliveries. That’s the verdict of postal workers in the Communication Workers Union (CWU). The warning comes as bosses refused to enter eleventh-hour talks to avert two strikes – one being today, Wednesday 30 November.

The ongoing dispute between the CWU, workers and Royal Mail bosses doesn’t look like it’s ending. After the company made what it called its “final and best offer” – including an insulting 3.5% pay rise – the CWU came back with another offer. This included an 18-month pay deal and a business strategy for Royal Mail. Bosses dug their heels in – with union sources saying CEO Simon Thompson has not even turning up to recent negotiations. Royal Mail have now offered managers bonuses to push through redundancies – with some of these managers being Unite members; putting the CWU’s actions at odds with its fellow union.

Then, Royal Mail continues its Uberisation – with the company hiring gig economy workers to cover the strikes. Little did the company know that CWU members were onto it – with hundreds of them posing as couriers and registering to do the work:

Do you think now is a good time to reveal we have hundreds of people signed up for shifts tomorrow and none of them will be turning up? #StandByYourPost pic.twitter.com/yWqY8iyQz2

So, on 30 November CWU members walked out once again across the country:

It’s so cold on the picket lines this morning. But the spirits of 115,000 postal workers standing together once again will warm each other up. #StandByYourPost

But behind the scenes, boss’s arrogance is starting to seriously impact the business.

The CWU says workers are “sounding the alarm” over the huge backlog of letters, parcels, and deliveries stacking up. As BBC News reported, Royal Mail bosses are telling workers not to make letters a priority for delivery. One worker said:

First thing management will say is ‘no overtime allowed and just clear your parcels and leave all the mail’, so that can mean you’ll have half a job left on the deck… This week I’ve had a hospital appointment [letter] on my round that has been there for two days… Unfortunately, you don’t agree with your management but you have to do what they tell you to do.

Meanwhile, the CWU said in a press release that:

Small businesses and companies reliant on mail have already expressed grave concerns about the lack of negotiations, with a recent letter to The Times signed by leading business figures rom eBay, the British Chamber of Commerce and the Federation of Small Businesses reminding readers that Royal Mail’s “army of postal workers” are integral to the “real economy”, and calling for a resolution to the dispute.

The union wrote to Thompson at the weekend, calling for fresh negotiations. However, bosses have so far failed to act on the offer.

Royal Mail bosses are risking a Christmas meltdown because of their stubborn refusal to treat their employees with respect. Postal workers want to get on with serving the communities they belong to, delivering Christmas gifts and tackling the backlog from recent weeks. But they know their value, and they will not meekly accept the casualisation of their jobs, the destruction of their conditions and the impoverishment of their families.

This can be resolved if Royal Mail begin treating their workers with respect, and meet with the union to resolve this dispute.

CWU members will walk out again on Thursday 1 December. Given Royal Mail’s intransigence, it looks like this dispute will continue into 2023.