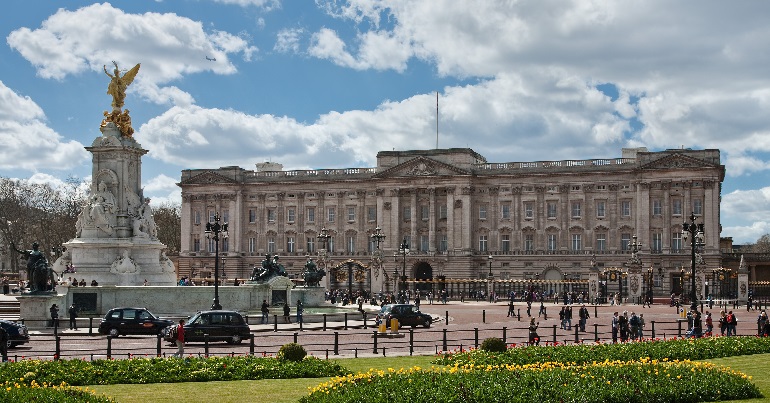 Buckingham Palace apologised on Wednesday 30 November after a member of the royal household repeatedly asked a Black British charity campaigner where she “really” came from. The household member in question has now quit. Ngozi Fulani, the chief executive of the London-based Sistah Space, recounted the exchange with the unidentified woman on Twitter:

Mixed feelings about yesterday's visit to Buckingham Palace. 10 mins after arriving, a member of staff, Lady SH, approached me, moved my hair to see my name badge. The conversation below took place. The rest of the event is a blur.
Thanks @ManduReid & @SuzanneEJacob for support🙏🏾 pic.twitter.com/OUbQKlabyq

Fulani is a prominent advocate for survivors of domestic abuse. She was attending a reception at the palace with other campaigners on Tuesday 30 November. Sistah Space is a community-based group which offers domestic abuse services for African heritage women and girls.

Fulani recounted how a ‘Lady SH’ repeatedly asked her:

Fulani replied to say that she was “of African heritage, Caribbean descent”. But Lady SH forced her to repeat several times that she was a British national. Fulani said the exchange left her with “mixed feelings” about the reception, which was hosted by queen consort Camilla to highlight violence against women and girls.

People on social media took a dim view of the actions of ‘Lady SH’. Leader of the Women’s Equality Party, Mandu Reid said:

I was right there. I witnessed this firsthand.

We were at an event that was supposed to celebrate our work.

Both The Times and LBC have reported that the ‘Lady SH’ in question is Susan Hussey, prince William’s godmother. Journalist Lorraine King expressed her disbelief:

What happened to Ngozi from @Sistah_Space shouldn't be happening in the year 2022.
The fact Susan Hussey refused to believe a black person can be British shows how archaic some people really are.
I've had people ask me where 'I'm really from' and I spell out E-N-G-L-A-N-D 🤗 pic.twitter.com/zZ5ec3kbI7

Bullshit. So Lady Susan Hussey got to resign instead of being fired for her racially motivated violation of Ngozi Fulani @Sistah_Space & interrogating her British citizenship?

A public apology from her, Buckingham Palace & personal one from the host Queen Camilla is a must. https://t.co/Tup9T6b9ux

Solidarity and love to our sister Ngozi at @Sistah_Space after this horrific ordeal we are sadly all too familiar with , treated like third class citizens, disrespected and othered. Totally unacceptable harassment. https://t.co/SqGvZhptqx

We have reached out to Ngozi Fulani on this matter, and are inviting her to discuss all elements of her experience in person if she wishes.

In the meantime, the individual concerned would like to express her profound apologies for the hurt caused and has stepped aside from her honorary role with immediate effect.

All members of the Household are being reminded of the diversity and inclusivity policies which they are required to uphold at all times.

Last year, the royal family revealed for the first time how many ethnic minority staff it employs and admitted it had not made sufficient progress on diversity. The focus on improving diversity followed claims from king Charles III’s youngest son Harry Windsor and his daughter-in-law Meghan Markle about racism in the royal family. At the time, the Canary‘s own Sophia Purdy-Moore explained the role mainstream media plays in anti-Blackness:

Black women are under-represented in journalism, over-represented in those receiving online abuse, and under-protected in both instances. The British public and mainstream media need to get with the times. And they must work to root out anti-Blackness, inherent bias, and white supremacy in all their forms.

The treatment of Fulani was nothing but anti-Blackness and characteristic of a Britain where you only belong if you’re white.