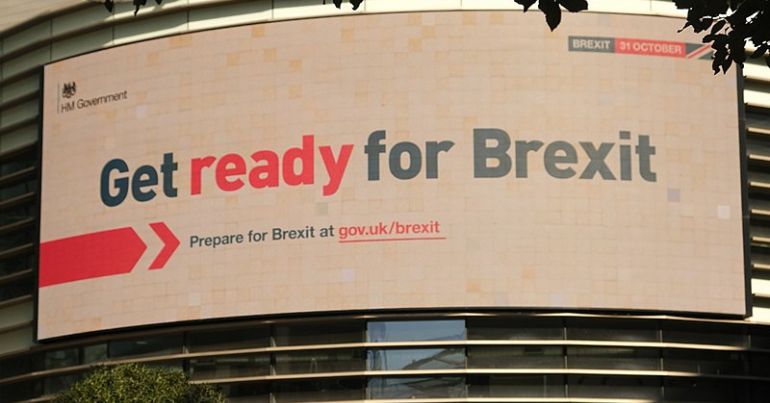 Brexit has caused a food price hike of nearly £6bn in the last two years, according to new research. The study by the London School of Economics (LSE) states that the rise in prices is due to increased red tape. That’s somewhat of an irony given Brexit was often touted as a way to reduce bureaucracy and added costs.

The study says that the average household spent £210 more in 2020 and 2021. Researchers at LSE’s Centre for Economic Performance (CEP) said that it was poorer families, who spend a larger portion of their income on food, who would feel the worst effects.

We find that leaving the European Union increased the price of food products by 3% a year, leading to a 6% increase over a two-year period.

The researchers wanted to understand the impact of so-called ‘non-tariff barriers’ (NTBs) on prices. Their findings were grim:

One Twitter user was bemused, recalling the great steps forward Brexit was meant to deliver:

Still waiting for just the tiniest glint of those sunlit uplands…

The report’s publication comes only a day after prime minister Rishi Sunak took a pasting in the Commons over his own Brexit position:

The audacity of PM @RishiSunak to tell us at yesterday's #PMQs,that #Brexit has benefited the country is why we the people should demand he calls a #GeneralElectionN0W
He is a completely out of touch disaster.
👇 https://t.co/TAdmdGo6vr

Sunak had been told to admit that Brexit was a significant cause of UK economic problems by the Scottish National Party’s Ian Blackford. We won’t hold our breath for that.

Sunak was also slammed for suggesting that Brexit increased ‘freedom‘ in the UK:

incredible level of stupidity by UK government once again, proving we are in desperate need of the EU and theres rishi getting paid off to say brexit was amazing due to “freedom” yeah freedom to die hungry in the pitch black shouting i love freedom. class https://t.co/wI1gty3Ile

People had zero time for arch-Brexiteer Nigel Farage, who decided to go on a rant about the EU banning Twitter:

The unelected Nigel Farage is trying to tell us why Brexit was the right decision. Laughable! https://t.co/FkfYWnv03s

Farage’s claim seemed to be in relation to report that Twitter owner Elon Musk could drop moderation rules for the app. Reuters reported on 30 November that the EU had issued a warning that Twitter must abide by its strict content rules.

Meanwhile, some people were still searching in vain for a single benefit of leaving the EU:

This is my third day on twitter looking for brexit benefits and every time I scroll through, Nigel Farage is there, ranting like a racist lunatic.
Will I have to see him every day?
I might need to get some medication to stop me from throwing up 🤢

Despite the weight of evidence, supporters of Brexit continue to flail around to find benefits of leaving the EU. In the case of Rishi Sunak that includes coming up with spurious arguments about freedom. The truth is it’s long been clear that Brexit is not what it was cracked up to be – and it will continue to be the poorest who suffer the worst effects