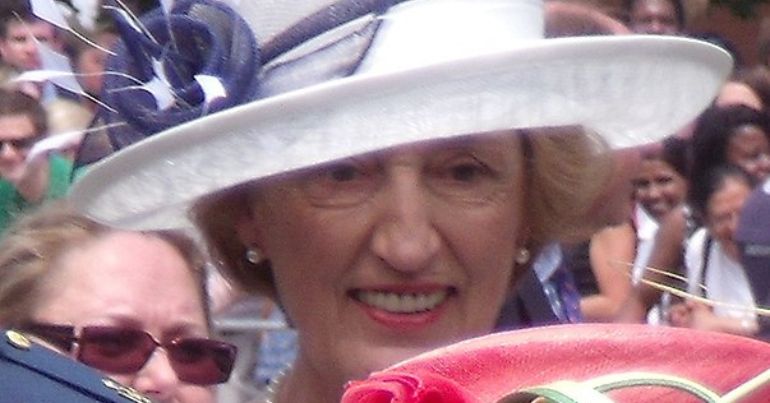 Once again we are being asked to believe that being elderly and posh is an excuse for being racist. In this case it’s the old classic: no, but where are you really from? As if it simply does not compute that someone can be Black and British at the same time.

The latest offender is a royal aide, Lady Susan Hussey AKA Baroness Hussey. Hussey had worked with the royal family since the 1960s. She’s been a lady-in-waiting for 60 years, including to the late queen. She is also godmother to Prince William.

Given all that time spent in the company of a family famous for its racism, it may not be surprising that she’s reverting to type.

Hussey stepped down on 30 November after a bizarre exchange with the Black founder of a charity at a reception event.

Ngozi Fulani, founder of the Sistah Space charity, later tweeted a transcript of the interaction, saying it had left her with “mixed feelings”:

Mixed feelings about yesterday's visit to Buckingham Palace. 10 mins after arriving, a member of staff, Lady SH, approached me, moved my hair to see my name badge. The conversation below took place. The rest of the event is a blur.
Thanks @ManduReid & @SuzanneEJacob for support🙏🏾 pic.twitter.com/OUbQKlabyq

Forgiveness for the rich

It seems like an open and shut case of racism. But not for the political right. Tory TV headmistress Katharine Birbalsingh was quick to suggest that her age ruled Hussey out of accountability:

Where has forgiveness gone?

However, this wasn’t a view which carried much weight with other Twitter users, who pointed out that forgiveness is beyond Birbalsingh if you aren’t white and posh, apparently:

With “she’s 83” soon being satirised on Twitter, Hussey apologists were accused of ignoring the content of the transcript as well as its aggressive tone:

Shocking how many of the "She's 83" apologists haven't read the full transcript where she responds aggressively to every subtle attempt to deflect the racist intent.

Some commenters tried to excuse Hussey’s comments as mere curiosity. However, others pointed out that merely reading them back should dispel any such notions:

The fact that white people could read this transcript and still excuse Lady SH’s blatant racism as “she’s 83” or “oh she’s just showing friendly curiosity” or “her only crime is being nice and curious” should shock me but it honestly doesn’t. pic.twitter.com/cuqOxC1baZ

We also had a timely reminder that it is in fact possible to be old and not racist:

Dear god are we still doing “she’s 83” about the racist royal staff? My grandad was born in 1903 and managed not to bat an eyelid at his son marrying a Black woman… she is the generation below him

One twitter user even shared a helpful guide to the stages of white innocence, which ought to make sure you can get away with being racist no matter what age you are:

It’s clear that if you are rich, white, and posh your prejudices will be overlooked or let slide far more easily than if you don’t have those attributes. However, this isn’t just about individual examples of racism. Hussey was part of the royal entourage for decades. She enjoyed the privileges and status which accompanies a role at the heart of the royal family. It seems impossible to imagine the kinds of view which informed her comments flourished only recently. And it certainly isn’t the case that they can simply be attributed to her age.

That she has stepped down is something. However, racism will continue to run through the heart of the British establishment – it is, after all, built on colonialism and exploitation.