London landlords up rent by over 20% as tenants fight back 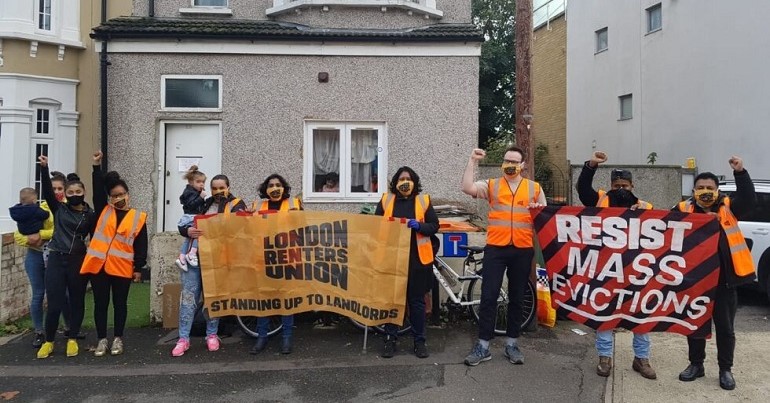 While the Scottish government continues to freeze people’s rents, the same cannot be said for the Tories in England. So, several groups are taking action against self-serving MPs, and “out of control” landlords and estate agents – all of whom are responsible for housing chaos across the country.

The London Renters Union is a community-led action group fighting for tenants across the capital. As Inside Croydon reported, the group is working with the Greater Manchester Tenants Union. They’re staging a coordinated day of action on Saturday 3 December over the rented housing market in England:

Manchester Renters! Join us as we collaborate with @LDNRentersUnion for a national day of action THIS SATURDAY DEC 3RD!

Meeting at the Engels Statue, 11am, near HOME Cinema in Manchester!

It's time to protest rent rises, evictions and buy to let profiteering! pic.twitter.com/u9nYLrDscn

The English rental market is a mess. As Inside Croydon wrote, London Renters Union research shows:

under which landlords do not need to provide any cause for ordering a tenant out of their property, have increased by 76% in 2022 compared to the previous 12 months. In 2019, the Tory government made an election pledge to abolish Section 21 of the Housing Act 1988. Three years later, nothing has been done to honour that commitment.

Across England, Guardian research showed that:

rents on new listings are up by almost a third since 2019, and some people are facing increases of up to 60%. Prices in 48 council areas are now classed by the Office for National Statistics as unaffordable when compared with average wages.

The protests on 3 December will be highlighting all this:

Back in 2019 the Tories promised a "new deal for renters".

What have we got?

Join the fight for a housing system that works for people not profit.

Many of us are facing huge rent increases and homelessness. Landlords and estate agents are out of control.

On Saturday, we’re fighting back. We’re protesting against the big estate agents that make their money by pushing our rents up. There’s already a rent freeze in Scotland. That means its illegal for landlords in Scotland to raise the rent or evict renters. Let’s fight for the same here.

In Scotland, the SNP-led government changed the law so landlords could not put rent up between 6 September and at least 31 March, 2023. The government can keep the rent freeze in place for a “further two six-month periods”. Plus, the law also stops landlords evicting people – except for in certain circumstances. Moreover, new figures show just why the rent freeze was necessary. As the National reported, in the year up to September (before the rent freeze started), figures showed that:

average rents rose in 17 out of 18 [Scottish] regions, with South Lanarkshire seeing the highest rise of 10.3%.

Of course, it would be too much to think that Westminster MPs would freeze English rents. This is probably because, as Transparency International found:

This level of conflicts of interests is part of the problem with England’s rental system. So, as London Renters Union said:

By taking action together, we can force politicians to back a #RentFreezeNow. But to do that, we need you to join our day of action this Saturday.

You can get involved on social media using the hashtag #RentFreezeNow. Physical protests are happening at the following locations:

With inflation set to continue to rise and Tory government inaction also likely to continue, community organising has never been more important.

Sign up for London Renters Union’s day of action here.