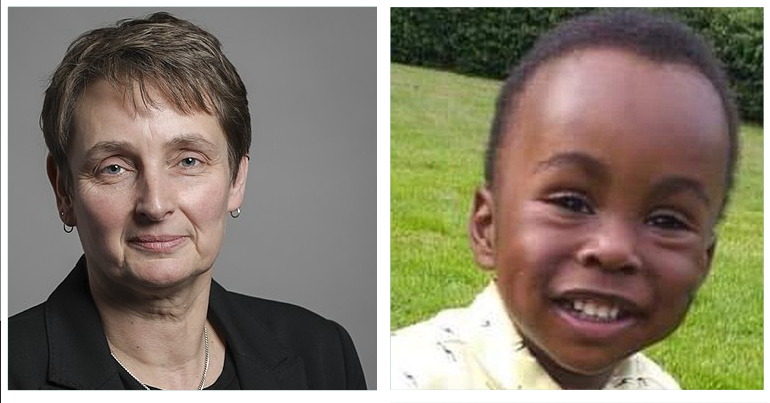 Following the tragic and avoidable death of 2-year-old Awaab Ishak, Labour MP for Jarrow Kate Osborne has called on the government and local councils to take urgent action in response to multiple reports of damp housing across the UK.

Responding to an inquest into Awaab’s death, the family’s barrister Christian Weaver said:

It has been an honour representing Awaab’s family as their barrister.

Their home was, literally, unfit for human habitation – yet nothing was done.

The family’s call for better conditions for social housing tenants must not be ignored.

Osborne wrote to the secretary of state for levelling up, housing and communities to highlight that:

We know that lower-income households are more likely to live with damp and mould and less likely to be able to keep their home warm in winter.

The government must urgently intervene. Renters, regardless of whether their landlord is a private entity, agency, housing association or local council, must be protected this winter. The Secretary of state Michael Gove’s suggestion that private sector reform proposals may come in 2023 will be too late for many.

Osborne says she took action after several constituents contacted her in the wake of the shocking death of Awaab Ishak. Reporting on Awaab’s death, The Canary wrote:

Following his death, the company who rented the property attempted to place blame on the Ishak family:

Or in Awaab Ishak's case alleging 'ritual bathing' because there was a bucket in the bath!!!! and leaving it entirely to the tenant to address the problem. There were so many other terrible failings but it's time to call out the racism behind this approach.

RBH later backtracked, saying they were wrong to “make assumptions about lifestyle” and that they “abhor racism”. This followed a coroner’s ruling proving there was no “excessive behaviour” as RBH had alleged.

A press release from Osborne’s office notes that those who contacted her include:

a constituent who suffers with Chronic Obstructive Pulmonary Disease (COPD) and is living in a Home Group property full of damp and black and green mould. The walls are wet to touch, and he is understandably extremely worried for his health.

Yet, despite reporting these conditions to the housing association and being told action would be taken, nothing has happened.

Osborne is also calling on the government:

to commit to a fully new Decent Homes Standard enforceable in law – one that covers the private rented sector as well as council and social housing – and to provide urgent funding to enable local authorities to invest in social housing stock and tackle landlords who refuse to carry out repairs, such as tackling damp and mould.

She notes that the Decent Homes Standard currently excludes the private sector. This is despite almost a third of the 1.2 million private renter households across the north of England living in “non-decent” standard homes, according to a Northern Housing Consortium report.

The situation comes not long after Conservative party backbenchers successfully shot down planning reforms in the Levelling Up and Regeneration Bill that would have established a target of building 300,000 new homes a year in England.

In her letter, Kate Osborne asks:

What is the timetable for the private rental sector reform paper?

What action are you taking now to ensure families living in these damp, squalid conditions receive immediate support?

What are you doing to assist investment in social housing, enforcement capacity, and legal help to end this scandal once and for all?

Will you bring a fully new decent homes standard enforceable in law?

Will you re-evaluate each local authority’s funding, so they have the resources needed to tackle this issue?

Will you confirm what steps your department is taking to retrofit and insulate older social housing stock to make homes cheaper to heat?

We urgently need a commitment from the Government for a fully new decent homes standard, enforceable in law. There is also a clear need for funding to address this crisis for local authorities who need to both invest in their social housing stock and invest in enforcement teams to tackle landlords and housing associations who are refusing to carry out remedial works. That is why I have written to the Secretary of State to demand action now, not at some point in the future.

The Canary has previously reported on the UK housing crisis, including Welsh campaigners’ demand for a 100% tax rise on second home owners to tackle the plight of local housing shortages. Further afield, Irish politicians heard that a right to housing is ‘morally and socially’ correct. We’ve additionally reported on the ‘filthy and decrepit’ conditions that refugees have endured at British facilities.