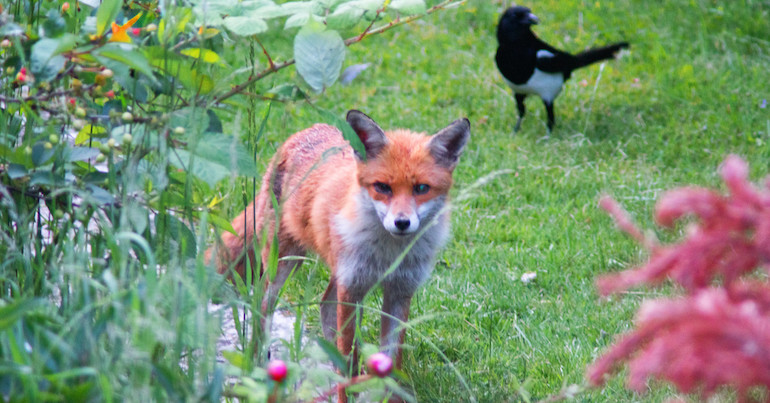 A wildlife and environment coalition released its annual report on wildlife crime in England and Wales on 29 November. It showed that wildlife crime is taking place at record levels.

The Wildlife and Countryside Link report also highlighted the institutional failures that hinder the effective tackling of the problem. Worryingly, it also pointed out that things could get much worse in this regard if a controversial government bill becomes law.

Wildlife and Countryside Link, known colloquially as Link, has released a yearly report on wildlife crime since 2016. The latest report indicated that the record high rates of such crime during the coronavirus (Covid-19) pandemic show no signs of abating.

Based on information provided by groups including the World Wildlife Fund UK, the Royal Society for the Protection of Birds, and the League Against Cruel Sports, Link found that there were 1,414 reported wildlife crime incidents in 2021. This doesn’t include reports of crimes in fisheries. In 2020, the figure stood at 1,404.

might reflect changes linked to the Covid-19 pandemic and a resumption of travel and trade.

Domestically, the report reviewed crimes against species such as badgers, birds of prey, bats and rare plants. It found that reported crimes against badgers dropped to 526 in 2021, compared with 618 in 2020. However, the authors cautioned that the fall is likely due to “fewer volunteers reporting the crime”, rather than less persecution.

Wildlife crime going under the radar

Link CEO Dr Richard Benwell highlighted that the report is effectively a “snapshot” of wildlife crime in England and Wales. He emphasised that it:

is likely to be a significant under-estimate of all kinds of wildlife offences.

The figures for reported crimes against marine mammals illustrate his point well. They solely relate to Cornwall because nationwide reporting is lacking. As Link highlighted, Cornwall’s figures can act as “an indicator of national trends”. But to confirm trends, data is necessary.

The lack of adequate data is essentially down to the government. Wildlife crime isn’t a notifiable offence, meaning authorities don’t hand data on it to the Home Office to include in national statistics.

As Link highlighted, a 2021 United Nations (UN) report recommended that the UK make “all wildlife crime recordable and notifiable offences”. However, the government has failed to act on this report’s recommendations, according to Link.

to gauge the true extent of wildlife crime and to plan strategically to address it.

The report also pointed to other institutional failures in relation to addressing such crime. It welcomed the rise in convictions for some crimes in 2021. However, it also highlighted that low rates of prosecutions and convictions are “an on-going challenge in tackling wildlife crime”.

The 2021 figures are a case in point. Excluding fisheries crimes, there were only 55 convictions for wildlife crimes across the year. Moreover, 53% of hunting crime prosecutions failed to secure a conviction. This is significantly below the conviction rate for all crimes, which stood at around 82% in 2020/21.

Link cited a “lack of training and resources” as a key reason for these low conviction levels. This mostly applies to wildlife crime teams in police forces. However, Link also highlighted the need for more lawyers to receive training in wildlife crime-related legislation.

The legislation itself is also a problem, according to Link. It described UK wildlife crime law as “antiquated and disparate”. It recommended that the government reform wildlife crime legislation, along with addressing the other aforementioned shortcomings.

Link further called on the government to immediately withdraw the retained EU law bill. This bill is currently making its way through parliament, and it aims to sunset potentially thousands of EU laws that the UK retained after Brexit unless ministers actively opt to keep them. It’s effectively a looming bonfire of regulations, which includes 570 environmental laws, according to the Guardian.

Link warned that the bill could “actively worsen wildlife crime”. This is because laws facing the axe include ones like Conservation of Habitats and Species Regulations 2017, which criminalises damaging certain species’ habitats. The coalition pointed out that habitat offences:

form the majority of the wildlife crimes against badgers and bats

In short, Link’s report lays bare a series of institutional failures behind the record wildlife crime figures. This is nothing short of disgraceful, although not surprising. Despite successive governments‘ rhetoric on the importance of protecting the planet and its lifeforms, their actions – and the impact these have had – speak louder.

The level to which the government prioritises nature and the wild lives contained therein is perhaps best illustrated by the fact that the UK is one of the most wildlife-depleted countries on Earth.