The Tory government's planet-saving credentials lie in tatters, just days into 2022 - The Canary 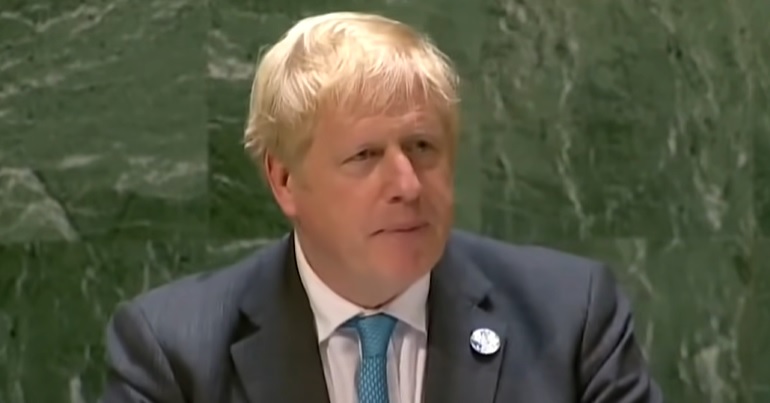 The UK government’s recently updated guidance for the permitted killing of wild birds has caused quite a stir. The furore and confusion over the general licences for shooting these birds has pushed an image created by Wild Justice and a Twitter thread by George Monbiot to the fore.

Both leave any planet-saving credentials the Conservative government hoped to start 2022 with in tatters.

The government issues general licences that permit ‘authorised people‘, such as landowners, to kill certain birds under particular circumstances. Such circumstances can include when a species allegedly poses a danger of doing “serious damage” to so-called livestock, i.e. farmed animals.

The current iteration of the general licences for England have caused a ruckus because they partially relate to the killing of wild birds for the bloodsports industry. Namely, they allow the authorised people to kill species like carrion crows to protect other species of birds that some people like to shoot. These birds – pheasants and red-legged partridges – are typically farmed and released in their millions each year to be shot at:

Corvids are beautiful and intelligent birds that play, form intricate social relationships, and have interacted closely with humans for millennia.

Shooting them so that we can then go and shoot introduced birds for sport is a travesty. https://t.co/TdlH3ccSz3

However, people can’t go around shooting at farmed birds for ‘sport’ at will. So the latest general licences clarify when birds bred for the bullet are considered livestock and when they’re considered wild ‘gamebirds’. Funnily enough, the government has perfectly aligned the positioning of these classifications with the bloodsports industry’s interests.

Wild Justice has taken the government to task over general licences. It pointed out that the latest guidance is a change “back to a previous version” of licence wording, alongside an actually new extension of the licences to cover two years rather than one. The guidance states that the definition of livestock for “the purpose of this licence” includes:

game birds kept in an enclosure or which are free roaming but remain significantly dependent on the provision of food, water or shelter by a keeper for their survival. This does not include supplementary feeding.

Wild Justice has created a helpful graphic to illustrate what this means in practice:

When are pheasants livestock, and when are they wildlife? We know this is a confusing subject, so we've made a handy flow chart to help you decide. It's simple really!

Journalist George Monbiot also put together a Twitter thread that laid out the classification gymnastics this government legislation engages in:

As the graphic and thread show, these laws appear to be designed to assist the bloodsports industry, rather than having any ecological or indeed ethical foundation. But Monbiot suggests that’s no surprise, when you consider who writes the law:

For people with this mindset, the animal kingdom is divided into two categories.

The fact that the government permits the release of millions of non-native birds into the countryside for bloodsporters’ pleasure is itself highly controversial. Experts say they, and the activities associated with this ‘sport’, have a devastating impact on other wildlife and ecosystems. That the government is also engaging in classification and legal gymnastics that clearly benefit the bloodsports industry at the expense of wild native birds is atrocious.

Can you imagine, having a government in a biodiversity crisis. Issuing a license to shoot wild native birds, in order to protect non native birds that are going to be shot for fun, most dumped afterwards. Welcome to Tory 2022https://t.co/ljCaZIPChU pic.twitter.com/80Lndb7ydT

We are living through an extinction crisis for life on Earth. Many bird populations are plummeting in Europe and beyond. Governments that don’t prioritise protecting the world’s biodiversity, and the health of the climate, are not suitable leaders for an age of ecological breakdown. The Conservative government, with its peat-burning, badger-killing, woodland-destroying, bloodsport– and fossil fuel-friendly approach to governance is clearly one of them.