Badger cull: DEFRA keeps details of the latest round of killing secret 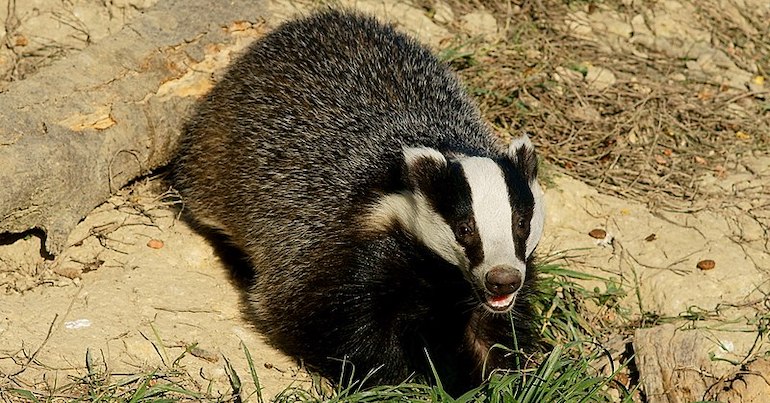 Another intensive round of badger killing is underway in England. But, in a break from standard practice, the Department for Environment, Food and Rural Affairs (DEFRA) has failed to release details about this round of killing. This means there’s no clarity or transparency on which new areas are targeting badgers, or in what numbers.

This lack of openness is part of a trend for DEFRA lately, specifically in relation to the badger cull.

As the Badger Trust has highlighted, the government has two points each year when it issues licences. In early Autumn, it issues what are known as ‘intensive licences’. These include licences for new areas to begin a four-year period of killing, which is the length of each intensive cull licence.

Typically, DEFRA releases details on the licences towards the start of a new round of killing. It has revealed details of the Autumn intensive licences in early September since 2019. The Badger Trust says this has been the case for the best part of the last decade since badger culling began in 2013.

However, the department hasn’t released the licence details yet this year.

The Badger Trust has pressed DEFRA to release the information, to no avail. When approached by the Canary for comment, a department spokesperson said:

In line with our standard procedure, details of the licences that have been granted for this year will be published on gov.uk.

As Vet Times recently reported, the Badger Trust says that the secrecy around the cull is causing chaos. The organisation’s executive director Peter Hambly said:

The badger cull is out of control. We’re hearing reports of horrific examples of alleged licence breaches.

The situation is shocking, and Natural England (which grants cull licences) needs to do its duty, and stop this mess on animal welfare and public safety grounds.

A recent exposé released by the non-profit organisation Protect the Wild, previously known as ‘Keep the Ban’, is an example of what Hambly refers to. The organisation explained that badger cull investigators recorded undercover footage at a facility that is handling the corpses of badgers in Northamptonshire. It described on its website what the footage showed:

Dead badgers tipped into an open-air skip, operators with no regard for potential biohazards, unbagged gutted carcasses left inside a van, reckless and careless handling of supposedly disease-ridden animals.

As Protect the Wild’s description highlighted, the government claims that badgers are “disease-ridden”. In particular, it blames badgers for transmitting bovine tuberculosis (bTB) to cows, which is its justification for the years-long cull. This is despite the fact that government-funded reports have suggested that very few badgers carry the disease.

Due to the “the lack of biosecurity or concern about personal risk” shown by handlers of badger carcasses in the footage, Protect the Wild has questioned whether:

operators know that these badgers aren’t infected with bovine TB?

The Canary asked DEFRA about Protect the Wild’s allegations. It said that any allegations reported to the department are investigated, but that it wouldn’t provide further comment.

The dearth of information from DEFRA in relation to badger killing extends further. Researchers released an in-depth and peer-reviewed study on the badger cull in March. It found that the killing was doing little to lower bTB rates in cows. Instead, the study pointed to cow-focused measures, such as bTB testing, as likely being responsible for reductions in the disease.

DEFRA responded quickly to the study, accusing its authors of manipulating data. Its rebuttal has proven less than convincing, however. It first provided flawed data to counter the study. Then, its own executive agency – the Animal and Plant Agency – appeared to contradict elements of the department’s rebuttal in a presentation on the cull’s effectiveness at a conference.

DEFRA’s chief veterinary officer, Christine Middlemiss, suggested that the government planned to release its own peer-reviewed analysis on the subject. This is yet to be made public.

In its comments to the Canary, the DEFRA spokesperson said:

With national statistics showing that our bovine TB eradication strategy is helping to drive down bTB, we are now able to move onto the next phase of the long-term eradication strategy. This includes steps to expand badger vaccination alongside improved cattle testing and a potential cattle vaccine. We have always been clear we don’t want to continue the current badger cull longer than absolutely necessary.

Why the badger cull secrecy?

Lead author of the March study, Tom Langton, said of the department’s failure to release the cull licence details:

Yet again we find ourselves writing to government to obtain information that should have been readily available online or on request. The reluctance and refusal to communicate properly to those questioning the policy is in stark contrast to the huge resources spent streamlining procedures for cull companies and pro-cull bodies.

He argued that those involved:

Speculating on the reason for DEFRA’s silence, Hambly also asked:

Is it a fear of admitting how many more badgers they plan to cull? Is it because they can’t reach their minimum kill targets as so few badgers remain in some intensive cull zones? Is it a growing lack of transparency? Or is it simply more incompetence from Defra?

Campaigners expect that the cull policy will have cost over 200,000 badgers their lives by the end of 2022. And the lack of transparency from DEFRA means that the most recent killing is largely happening under the radar. That’s deeply worrying direction for this policy of mass slaughter to take.