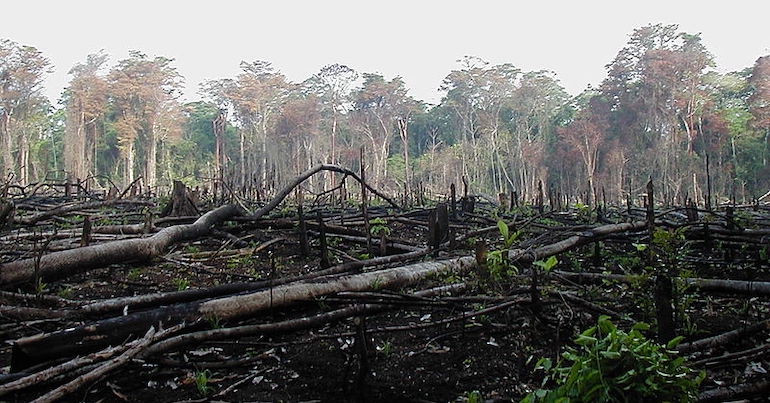 Many countries signed up to a pledge at the COP26 climate conference in 2021. They vowed to end deforestation by 2030.

The Forest Declaration Platform – a coalition of organisations that undertakes the assessment – has made a number of recommendations to get the pledge on track. These includes a crackdown on businesses who are failing to remove deforestation from their supply chains.

Halting deforestation a must

Forests are essential parts of the earth system. Vast numbers of species call them home and they absorb carbon from the atmosphere, to name but two of their many gifts to the rest of the living world. In other words, they are a vital ally in tackling both the biodiversity and climate crises. As Fran Price – global forest practice lead at World Wildlife Fund (WWF), which is one of the coalition partners – pointed out:

There is no pathway to meeting the 1.5 degrees C target set out in the Paris Agreement or reversing biodiversity loss without halting deforestation and conversion.

But last year saw an overall forest loss of around 100 million hectares when taking reforestation and afforestation – the renewal and creation of forests – into account. Critically, the Forest Declaration Assessment also highlighted that newly established forests:

do not compensate for forest loss in terms of carbon storage, biodiversity, or ecosystem services

Some countries, such as Indonesia, did see a substantial reduction in net losses. But Erin Matson at Climate Focus, another coalition partner, warned that such improvements could be temporary. She said:

Many countries are putting their progress at risk by phasing out or rolling back protections. For example, Indonesia did not renew its palm oil moratorium after it expired in September 2021 and a recently adopted law on job creation poses a serious threat to natural forests.

The Forest Declaration Assessment also addressed what needs to happen to get the 2030 pledge on track. Recommendations include dramatically increasing the funding directed towards ending deforestation. It pointed out that funding levels need to be around $460bn per year globally. Currently, however, they average “less than 1 percent of the necessary total”, at approximately $2.3bn annually.

A crackdown on industry is also essential. According to the assessment, the private sector aims to eliminate deforestation from agricultural supply chains by 2025. Agricultural commodities include cow products, pulp and paper, palm oil and soy. In 2022, the Accountability Framework initiative recommended that all companies eliminate deforestation and ecosystem conversion from their supply chains by this year at the latest.

However, the Forest Declaration Assessment found that commodity-led loss of tree cover dropped by only 6% in 2021 compared to the 2018-20 baseline. This is far short of the 20% annual reduction the industry needs to achieve to meet the 2025 goal. The assessment concluded that:

Governments must carefully consider whether voluntary action is a viable foundation to achieve the 2030 forest goals, and how the role of mandatory action, disclosure, and accountability should be increased.

In other words, governments need to bring in regulations and legislation that target commodity trading companies. They further need to ensure there are “clear conditions for and from financial institutions” in relation to this trading. Stricter regulations, including the enforcement of “no-go zones”, are also necessary for the extractive and infrastructure industries.

The assessment further emphasised that governments need to “empower” civil society, particularly indigenous peoples and local communities. It noted that these communities are traditionally “the strongest constituencies for forests”. Due to this, they are also often under threat from those who seek to benefit from forest destruction.

A recent report by Global Witness highlighted that 342 land and environment defenders were killed in Brazil alone in the decade up to 2021. “Around a third of those killed were Indigenous or Afro-descendants”, the organisation said.

Brazil has seen deforestation skyrocket under the leadership of Jair Bolsonaro. The second round of Brazil’s presidential election will take place on 30 October, when voters will choose between the incumbent Bolsonaro and ex-president Luiz Inácio Lula da Silva (commonly known as Lula). Although a Lula win wouldn’t necessarily be an absolute panacea in terms of environmental protection, deforestation fell sharply during his last presidency. And his team says he will prioritise the issue if elected.

Indigenous peoples and local communities are also in need of more funding, the Forest Declaration Platform pointed out:

The Forest Declaration Assessment echoes earlier ones the coalition produced. In 2014, world leaders vowed to halve tropical deforestation by 2020 and end it by 2030 in the New York Declaration on Forests (NYDF). The coalition partners, then known as the NYDF Assessment Partners, reported in 2019 that:

Five years later, there is little evidence that these goals are on track, and achieving the 2020 NYDF targets is likely impossible. …

Some progress has been made since the COP26 pledge, such as the progression of an EU bill to ban the import of deforestation-linked commodities.

However, as the Forest Declaration Assessment starkly indicates, the steps governments and industries are currently taking to tackle deforestation lag far behind what the planet – and all life on it – needs. This is true to form for them. But they must do better because ending deforestation as soon as possible is an absolute must.