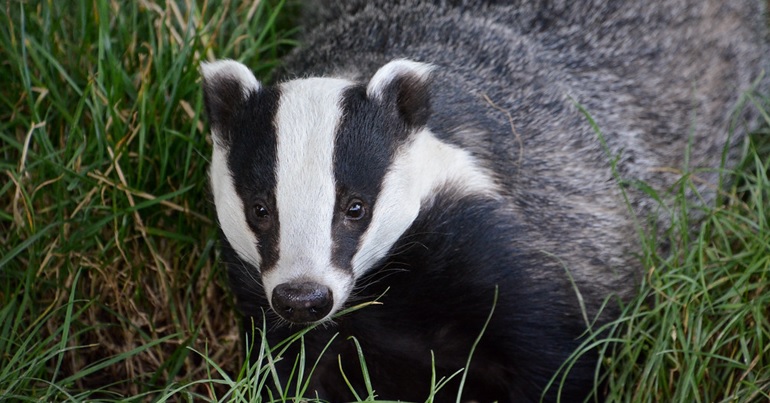 An explosive study came out in March. It found that killing badgers hasn’t meaningfully assisted in lowering bovine TB (bTB) rates in cows. However, successive Conservative governments have green-lit the massacre of around 175,000 badgers since 2013 on this very basis.

The Department for Environment, Farming and Rural Affairs (DEFRA) responded quickly and furiously to the study. It accused the study’s authors of all manner of wrongdoing, including manipulating data. But it turns out that the data DEFRA used to counter the study’s findings was in itself flawed.

Conservation ecologist Tom Langton, veterinarian and Prion Group director Iain McGill, and Born Free’s head of policy and veterinarian Mark Jones carried out the study. They have consistently opposed the cull on ethical, scientific, and ecological grounds. Langton is engaged in legal action regarding the government’s legal duty to consider biodiversity conservation in its badger killing policy. The case is now at the Court of Appeal, with hearings scheduled for 26 and 27 July.

The author’s probe featured in the journal Vet Record; it focused on the High Risk Area (HRA) in relation to bTB. This area amounts to around 30% of England. The study compared bTB rates – confirmed and suspected – in cow herds in areas that had badger killing and those that didn’t. It derived much of its data from government statistics.

Langton explained to The Canary at the time that the statistics showed a levelling off, and decrease in, bTB rates across much of the HRA over the last decade or so. However, the study indicated that this pattern endured regardless of when each county introduced badger killing. Instead of badger-killing, it pointed to cow-focused measures, such as bTB testing, as likely being responsible for the reductions in the disease.

DEFRA’s chief veterinary officer Christine Middlemiss, and chief scientific advisor Gideon Henderson, wrote a letter for Vet Record in response. It appeared in the same edition as the paper. In a further blog, Middlemiss shared DEFRA’s own calculations on how areas with killing compared to those without: 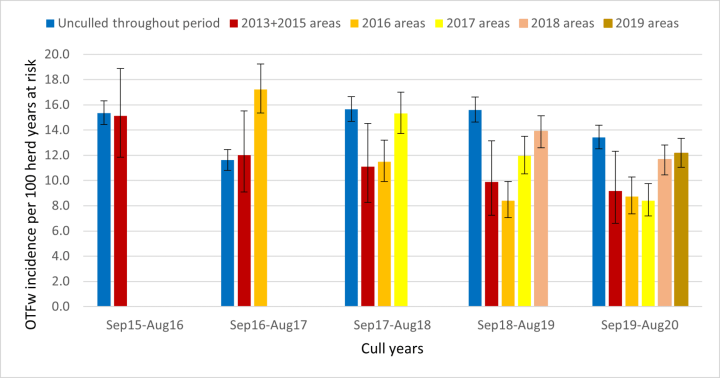 The accompanying graph indicated the confirmed bTB levels in different areas from the year they began killing badgers. It showed that unculled areas (the blue bar) generally maintained higher levels of bTB than those subject to culling, particularly after a year or so of badger killing.

DEFRA wrote to Langton earlier in May, however, to highlight that it had used “incorrect calculations” in the rebuttal. This followed weeks of pressure from the study’s authors to release the data behind its claims. The department apologised for the “error”. However, it asserted that the flaw didn’t impact the rebuttal’s “overall argument”.

In particular, DEFRA’s top scientific brass generally overstated the levels of bTB in unculled areas, as the revised graph shows: 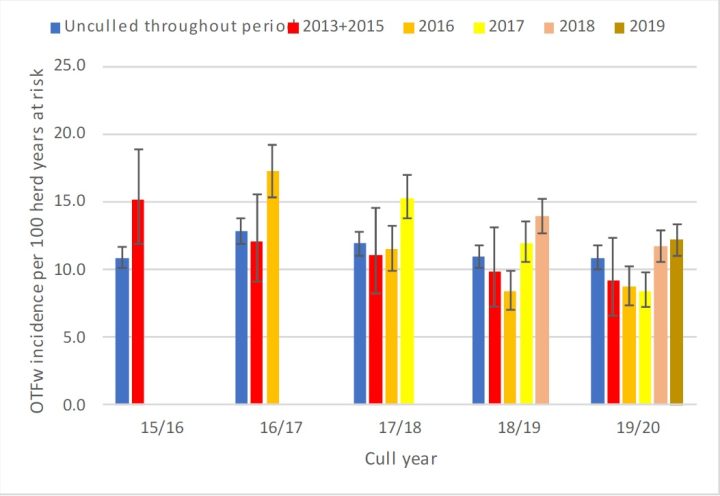 The study’s authors say that the revision vindicates their findings, as it narrows the gap between bTB rates in culled versus unculled areas that DEFRA initially suggested existed. Jones explained that in the study:

We saw no difference between culled and unculled areas. Defra has gone out of its way to try to discredit our study, but its own corrected calculations now appear to corroborate our findings. Defra should hold up its hands and apologise. More importantly, no further badgers should have to lose their lives for the sake of this ineffective, inhumane, unscientific and unnecessary policy.

Langton also called on DEFRA to apologise, asserting that:

our study is robust and has had four independent expert peer reviewers approve it prior to its publication. Defra’s rebuttal, on the other hand, is unverified, not peer-reviewed and we now know is based on false data.

In a written response to DEFRA following its admission, all three authors called for the immediate suspension of badger killing, pending a review of government policy.

DEFRA’s rush to rebuke the study’s conclusions suggests that getting the department to candidly review its policy won’t be easy. The British Veterinary Association (BVA) is, however, conducting a review of its position in light of the new evidence.

Currently, the body broadly supports DEFRA’s policy but objects to the cruel way in which most badgers are killed. Cull companies kill the vast majority of badgers by free shooting, meaning that people shoot at them in the open. This is typically less accurate than killing them in a controlled setting, and it risks them “dying slowly and in great pain”, as the Badger Trust stated.

BVA sets all our policies based on in-depth consideration of the evidence base.  We’ve said that we’ll review any new data or research on bovine TB control in order to draw our own conclusions on the robustness of the analysis and any implications for our policy.

Suzanne Jarvis, editor-in-chief of Vet Record – a BVA journal that has editorial independence – also confirmed that the journal will publish a correction from DEFRA in the next issue regarding its erroneous calculations. Jarvis added:

the authors of the research have been offered an opportunity to respond to this in the same issue.  The correction will appear in the letters section, so it will have the same prominence as the previous rebuttal.  We make it clear that letters are not peer reviewed.

The editor-in-chief asserted that Vet Record published the rebuttal letter out of a “responsibility to readers”, as its aim is to:

to further the scientific debate and provide an interesting read to our veterinary audience.

Russell further said that the BVA is unable to comment on DEFRA’s error:

as we haven’t seen what’s covered in the clarification ahead of publication.

He pointed to the fact that the department has described it as a ‘minor discrepancy’. He also highlighted that the study:

had its own limitations acknowledged by the authors themselves.

The study’s authors did acknowledge its limitations, one of which was the government’s failure to disclose the culling area boundaries. However, it was based on an exhaustive probe, and it concluded that cow-focused measures – not badger killing – are responsible for reductions in bTB.

DEFRA’s flawed and furious response will do little to inspire confidence that the government’s forthcoming research on the cull’s usefulness will be rigorous or impartial.