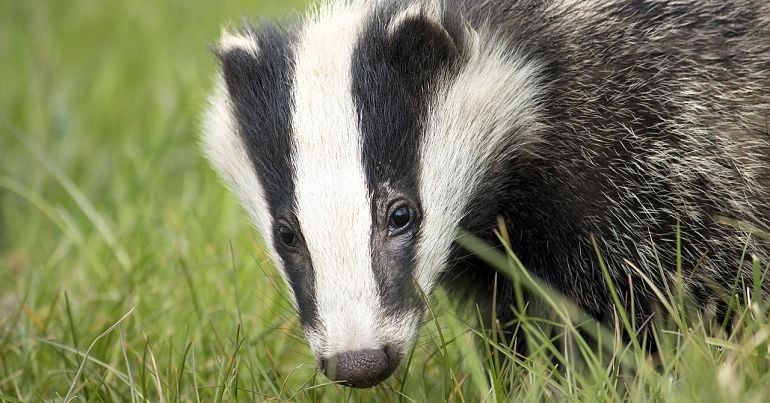 Ecologist Tom Langton recently mounted a legal case against the Conservative government over its ongoing killing of badgers. In particular, Langton challenged whether the government had paid regard to conserving biodiversity in plans laid out in its ‘Next Steps‘ strategy. The government has a statutory duty to “have regard… to the purpose of conserving biodiversity” when “exercising its functions”, according to the 2006 Natural Environment and Rural Communities Act (NERCA).

The verdict on that case is now in. And justice Griffiths – the same judge who previously decreed Geronimo the alpaca’s fate – has ruled in favour of the government. The judge acknowledged that there’s “no evidence” the government had regard to conserving biodiversity in its Next Steps plan. But he essentially concluded that the government didn’t need to, and that even if it had the resulting policy would be the same.

Langton has instructed his legal team to apply for permission to appeal to the ruling.

The proceedings contained a number of eyebrow-raising – or hare-raising – assertions. These included a bible-based suggestion from the judge that 2020 was not the ‘season’ for the government to have regard for biodiversity. That’s despite the world being engulfed in a biodiversity crisis, with the UK one of the most nature-depleted countries on Earth.

Most notably though, the case revealed a troubling fact about Natural England’s (NE) use of evidence in relation to badger killing.

The government began the badger killing policy – or ‘culling’ – in 2013. Over 140,000 badgers have died as a result of it so far. The government claims the massacre of the protected species is necessary because badgers transmit tuberculosis (TB) to cows. But many argue the policy is based on cherry-picked science and flawed claims.

The government revealed its Next Steps strategy for tackling TB in cows in 2020. Officials included their future plan for badgers, namely:

We envisage that any remaining areas [for new cull zones] would join the current cull programme in the next few years and that the badger cull phase of the strategy would then wind down by the mid to late 2020s, although we would need to retain the ability to cull in a targeted way where the epidemiological evidence requires it.

In May, officials laid out the plan in more detail. Essentially, intensive culling and supplementary culling – i.e. killing more badgers in areas where they’ve already been ‘intensively’ killed –  will continue until 2026. At that time, the government will introduce a targeted culling policy. Langton previously told The Canary that this is an “expansion of the [culling] policy”, whereby “100% of badgers” could be targeted in smaller designated cull areas.

“No cause for concern”

NE is both the “conservation adviser” and licensing authority for badger killing. It provided statements to the court in the case. In 2018, the body issued guidance that considered the ecological implications of badger killing as a policy. And it was a previous legal action by Langton that prompted the guidance. Following that action, a judge found NE in breach of duty for not considering the cull’s potential ecological impacts. Griffiths said that NE’s guidance left an “overwhelming impression” that there is “no cause for concern”.

NE’s written statements in this case also appeared to give that impression. For example, NE noted that the body purposefully didn’t include lagomorphs – hares and rabbits – in its 2018 guidance. It said this was because the “currently available evidence” shows “only a possible theoretical effect” of the cull on brown hares and rabbits.

Badgers are the UK’s largest land predator. And the numbers of other predators, such as foxes, can potentially increase in areas if badgers there are killed. This can affect other species, which may face predation or other impacts because of the presence of these new residents.

To support its assertion, NE quoted from a 2011 evaluation by the Food and Environment Research Agency (Fera), now called Fera Science. The quote read:

During the RBCT, in the areas where fox density increased in response to badger culling, no statistically significant changes in lagomorph density were detected

As NE noted, those researchers didn’t find ‘statistically significant changes in lagomorph density’. But, due to the sample size, the researchers did effectively advise caution in interpreting their statistical results on hares. They also clearly stated that the increase in foxes in culled areas could potentially decrease “hare populations over the period of the study”. This is because foxes eat hares with some regularity. In the “main conclusions”, the researchers said their analysis offered “some evidence” that widespread badger killing could negatively affect hare populations.

Furthermore, the Fera evaluation itself emphasised that fox population increases were a real threat to hares. It said there were “modelling studies” and “empirical studies” that had shown that to be the case. And the evaluation concluded that badger killing could potentially impact lagomorph populations.

In essence, it appears that NE’s 2018 guidance and its statement to court focused on statistical aspects of prior analyses that suggested badger killing won’t impact hares. But NE did not give due regard to the clear caveats and warnings elsewhere in these reports which asserted that hares could be affected.

The Canary contacted the Department for Environment, Food and Rural Affairs (Defra) for comment. It did not address the questions we raised about NE’s selection and use of evidence. Instead, a spokesperson said:

We welcome the High Court’s decision to dismiss the claim. The judge has been clear that we were consistent with our duties towards biodiversity when setting out our plans for the bTB strategy.

The badger cull has led to a significant reduction in the disease but no one wants to continue the cull of a protected species indefinitely. That is why we are now building on this progress by accelerating other elements of our strategy, including cattle vaccination and improved testing so that we can eradicate this insidious disease and start to phase out badger culling as soon as possible.

In relation to whether the government had regard to conserving biodiversity in its Next Steps plan, the judge noted that:

Biodiversity had been considered at multiple points before Next Steps, and the evidence was inconclusive.

He also argued that there was nothing in related material “immediately preceding” Next Steps that “suggested that there were fresh implications for the purpose of conserving biodiversity”. Related material would include the government-sponsored 2018 Godfray review. In short, the judge highlighted that at the time of creating its Next Steps plan, the government had no new information to hand about the impact of killing badgers on biodiversity.

So Griffiths quoted from the King James bible and declared “To every thing there is a season, and a time for every purpose”. In doing so, he was suggesting that Next Steps was not the right time for the government to consider biodiversity.

But as the judge himself noted, the other evidence was inconclusive. Moreover, the Godfray review called for further ecological studies into the impact of reducing badger numbers due to their ‘key role’ in ecosystems. Langton previously told The Canary that the RBCT recommended further study too.

So arguably there couldn’t be a better time for the government to have regard for biodiversity than when deliberating on its Next Steps strategy. And that’s precisely because the previous studies and analyses lacked definitive answers on how killing badgers affects biodiversity.

An absence of evidence

In his verdict, the judge said there was a “complete absence” of evidence among existing material that showed “any change to culling policy was required in order to conserve biodiversity”. As such, he determined that even if the government had given regard to conserving biodiversity in the Next Steps strategy – which it didn’t – it would have made the same decisions.

However, to quote a received truth rather than scripture, ‘an absence of evidence is not evidence of absence’. That’s of course particularly true when most of the ambiguous evidence you do have calls for further study.

Surely it’s up to the government to provide conclusive and thorough evidence that the cull does not threaten the conservation of biodiversity. And it should be doing so before greenlighting further and never-ending badger killing. If that’s not what ‘having regard’ means, then the statutory duty is quite meaningless.