Breakthrough begins to fill the void left by the Labour Party 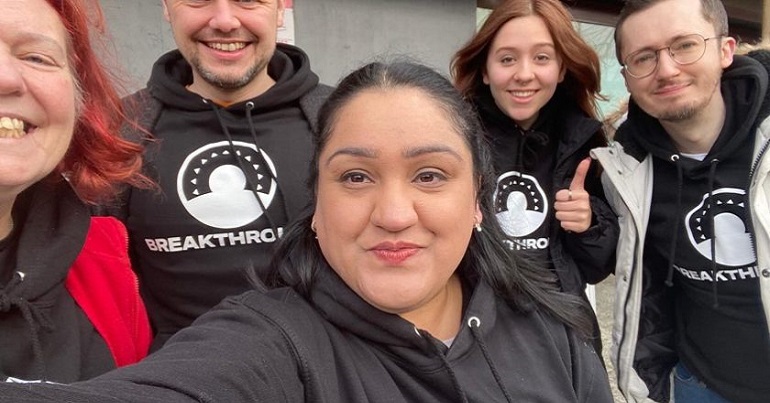 The Breakthrough Party has just completed its first weekend of coordinated action across the country. The party said the events were to “kick off” its community work – and it put the current Labour Party to shame.

The Breakthrough Party launched in January 2021 and has evolved and grown significantly since then. Its headline statement is that it wants to be a:

new home for those who have been abandoned by the political establishment… We are the working class in all its diversity, rising up to take power from the elite and give it back to the people. Together, we will build a future worth fighting for.

The party claimed in a recent press release that what makes it different to, say, Labour is that it is:

truly grassroots and participatory, seeking to build power in communities, workplaces and, ultimately, in government.

Some of Breakthrough’s main policies include:

It’s the Breakthrough Party’s community focus which has been at the forefront of its activities recently – with a whole weekend dedicated to it.

On 26 and 27 November, Breakthrough mobilised activists from across the country to kick off its nationwide work in communities:

Just couldn’t be prouder of the Breakthrough family right now.

This Weekend of Action took a crazy amount of work to organise, but our members pulled it off, they made this happen.

Thank you to each and every one of you 🧡#HopeHasANewHome https://t.co/bAjGyT4q5I

The party said in a press release:

While things may seem bleak right now, this weekend showed us that there is hope. The positive feedback we had in communities up and down the country has been truly overwhelming. A massive thank you to all those who took part across the weekend and those who spread the word online too. People are crying out for an alternative and we’re building it.

You can find them in the Old Market Square if you want to come and say hello 👋#HopeHasANewHome pic.twitter.com/7T723fTTHQ

In towns and cities, Breakthrough members asked the public what they would like to see changed in politics and society:

At present, an alternative to the Labour Party is sorely needed. What’s interesting is that Breakthrough is making an intentional point of focusing on grassroots, community-led action. This comes after Keir Starmer’s party sacked a load of its own community organisers, failed to support strikes and Starmer himself betrayed activists like Just Stop Oil. With a handful of councillors and a clear political agenda, Breakthrough aims to fill the void left by Labour’s purging of Corbyn-style politics from its party ranks.

On first impressions, Breakthrough appears to be moving in the right direction. Now, it needs to build on its community work to ensure that it can be a new home for people mainstream politics has abandoned.

Featured image via the Breakthrough Party