Activists in Finland sue their government over climate inaction - Canary 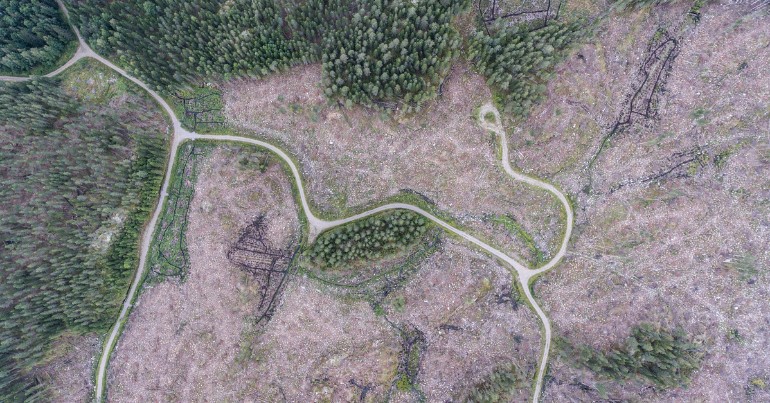 Environmental organisations in Finland filed a legal challenge on Monday 28 November accusing the government of breaking its own commitments to protect the climate. It’s the first challenge of its kind in the country.

In July, Finland passed the Climate Change Act which aims to make the country carbon-neutral by 2035. But environmental groups say the government had ignored its own laws by failing to protect the Nordic nation’s carbon sinks. Carbon sinks are natural systems, such as forests, that absorb carbon from the atmosphere and store it in, for example, vegetation and soil.

The government has violated its own Climate Change Act by not taking a decision on additional measures to meet Finland’s climate targets. As a result, it seems very unlikely that climate targets will be met.

The FANC and Greenpeace, which jointly mounted the legal challenge, say carbon sinks in Finland have “collapsed” due to an increase in logging and slower tree growth. The most recent chance for the government to address the issue was its Annual Climate Report in October, but that still lacked the necessary “assessment on measures to protect the sinks”, Aho said. She added:

Logging has not been restricted, even though it is known to be the most important factor affecting the size of carbon sinks.

The organisations petitioned Finland’s Supreme Administrative Court to overrule the government’s decision to submit the Annual Climate Report without “additional measures to enhance carbon sinks”. The groups said the report should be sent back to the drawing board because it wasn’t in line with the Climate Change Act. Aho said:

Prime Minister Sanna Marin’s government’s inaction is in stark contrast to the obligations of the Climate Change Act.

It will be up to the court to decide whether or not to hear the case. In recent years, Finland has struggled to balance its climate ambitions with its forestry industry, which is an important part of its economy. In 2020, Finnish forestry product exports were worth 10.4 billion euros, amounting to 18% of the country’s total exports.

The activists in Finland are not alone. A growing number of organisations and individuals around the world have turned to the courts to challenge what they see as government inaction on the climate. More than 600 activists in neighbouring Sweden, including Greta Thunberg, filed a lawsuit accusing the state of climate inaction, also a first in the country.

Ida Edling, a member of Aurora, the organisation behind the lawsuit, told AFP:

There has never been such a large-scale case in the Swedish legal system.

The legal action, which has been in the works for two years, comes as Sweden’s new right-wing government faces mounting criticism over lacklustre climate goals.

While the lawsuit is a first in the Swedish courts, six Portuguese youths have taken Sweden and 32 other countries to the European Court of Human Rights accusing them of failing to adequately address the climate crisis. In recent years, a growing number of organisations and citizens have turned to the courts to mobilise against what they claim is government inaction on the climate.

In December 2019, in a landmark case brought by an environmental group, the Dutch supreme court ordered the government to slash greenhouse gases by at least 25% by 2020. In a similar case in France, more than two million citizens took the French state to court for failing to act against climate change.