Activists are using art as the ultimate act of resistance - Canary 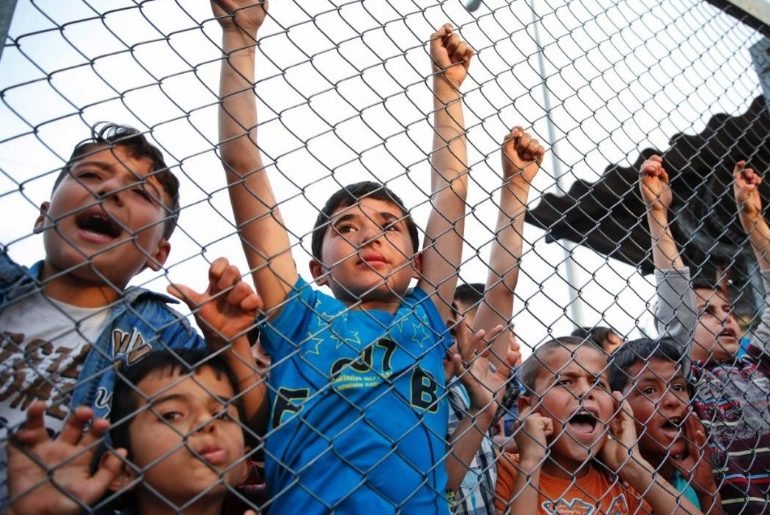 From Iraq, to Syria; from Black Lives Matter, to Turkey; everyday the world looks like it’s falling apart even more than the previous day.

Can art save us from ourselves?

The other night, I was sitting in the dark with dozens of people, families and friends, at a “theatre under the stars” production in the park, watching the last scene in West Side Story.

What’s theatre got to do with global chaos?

In the age of austerity, the arts are one of the first and easiest areas to cut. But art is being used by grassroots communities to reflect on the challenges they face, and to hold up a mirror to the world. Such art is resistance.

The West Side Story show in the park was not a perfect production. But amidst interruptions from crying babies and occasional raindrops and birdcalls, there was a brief epiphany. The production by enthusiastic amateurs, theatre kids and local students amazingly managed to channel current global angst in a single scene.

As the cast stood in grief and shock at the deaths of three young men, lost to gang warfare, a little girl in a white dress came on stage and sang “There’s a place for us” before spray-painting “love” in red letters on a makeshift urban wall.

In that moment the global so-called ‘clash of civilisations’ – a never ending series of bloody tragedies fought by young men with no prospects as corrupt policemen stand on the sidelines and gun sellers prosper – was crystallised.

It was all the more poignant that it happened in a small sea side town with no real arts funding where money launderers feed luxury real estate frenzy, and where a night out in the park watching amateur theatre brings some light relief to the daily grind.

It made me think of an Iraqi friend’s play, Lysistrata, last year. An all woman cast wearing hijab acted out this famous play, originally penned by the ancient Greek playwright Aristophanes about the futility of war. The play was performed in Arabic by young people caught between the Shi’a militias and Daesh – struggling for a future as corrupt war-mongering politicians watched from the sidelines.

It made me think of recent tragic police violence against black people in Orlando, in Baton Rouge and Dallas.

It made me think of Baghdad and the young people who died as they shopped for Ramadan gifts and sweets over a fortnight ago.

And it made me think of a nightmarish 14 July in Nice, where men, women and children, those in hijab and mini-jupe alike forgot about strikes and plummeting wages and mass unemployment for a moment to gather and lose themselves briefly in national anthems and celebrations.

Even as Syrian civilians trapped in a hellish war zone not of their own making fell victim to French bombs “targeting” Daesh, but killing innocents.

The expectation that humans can go to the theatre, to a parade, to the shops to buy bread, that their children can walk to school without being shot by soldiers or snipers or other assorted mercenaries – this is becoming a luxury.

Just as housing and food and jobs and material stability are being disappeared from the lives of the many, so is the illusion of safety.

True terror is when normalcy becomes menacing: when a broken tail-light is a death sentence, when a trip to the doctor is life threatening, when a wedding party is destroyed by a drone.

And so we all retreat to our gated communities/ displaced persons camps/ inner city fronts. And those of us with internet access huddle in our rooms in front of a glowing screen and type truisms about peace and love and violence.

Meanwhile, somewhere, the one percent crack open the bubbly and celebrate their profit margin from the safety of their armed compounds.

But we are not at war, no, everything is “normal.”

Is there a place for us – those who just want “normalcy” – affordable housing, adequate food, and a peaceful life?

Increasingly not, to the great delight of organised criminals killing in the name of religion, the state players that fund them for their own agendas, and the corporate con men and “statesmen” who sell out our youth and their futures for profit and political gain.

During another era, when Vietnam burned, and shortly before Chile was changed forever by a CIA backed military coup, Victor Jara wrote a song called “El Derecho de Vivir En Paz.” (The Right to Live in Peace) That right is becoming a relic of some other time and place.

At the moment it’s much more like Leonard Cohen’s There is a War (“Why don’t you come on back to the war, don’t be a tourist”)

There is a war between the rich and poor,

a war between the man and the woman.

There is a war between the left and right,

a war between the black and white,

a war between the odd and the even.

Why don’t you come on back to the war, pick up your tiny burden,

why don’t you come on back to the war, let’s all get even.

In these strange times, it seems that the emotional truths of music and theatre are far more real than the televisual horror or the facebook memes we ingest daily.

And yet, instead of joining hands, we retreat to petty tribalisms. Our leaders choose marching music, when really we should be singing Beethoven’s Song of Joy to save ourselves from dirges and dread.

Resistance maybe futile but it’s all we’ve got.