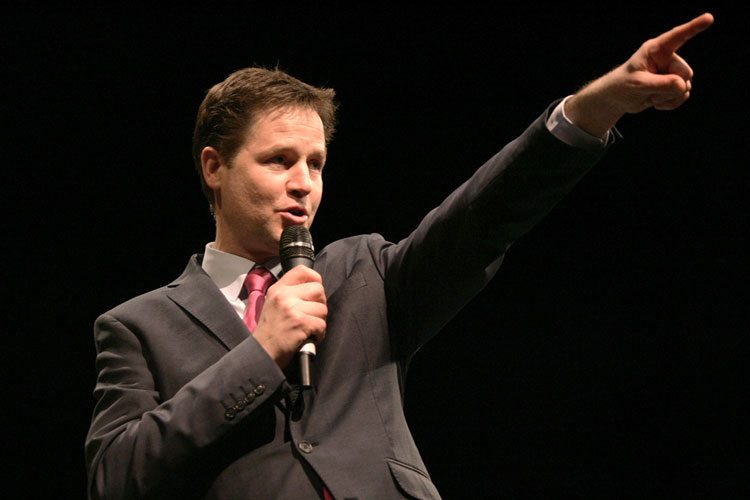 This morning the Press Association reported that the Liberal Democrats confirmed the existence of a spoof pop video made by Nick Clegg. As part of his general election campaign in 2015, Clegg recreated Carly Rae Jepsen’s video for her hit pop song I Really Like You. Unfortunately, though, as quickly as a party spokesman had confirmed its existence, they had assured the press they would not be releasing it. But we found behind-the-scenes footage anyway.

Jepsen’s original video was shot in New York City and stars Tom Hanks, wandering around the city, being accosted by fans, and miming the song throughout. The Lib Dem’s version, which cost £8,000 of party funds and was intended to be a viral video to help the campaign, featured Clegg doing the same – but around Gravesend, in Kent.

For some reason, the piece was shelved. It could have been the former leader’s previous experience with viral video that put him off, perhaps.

Nick Clegg made a music video before the election https://t.co/UJpElFboYN pic.twitter.com/2FVfCRiTdV

Clegg quit the Lib Dem leadership after their poor performance in 2015’s general election, taking responsibility for what he called ‘the most crushing blow to the Liberal Democrats since our party was founded’.

However, he has been back in the papers recently, discussing the Brexit fallout. The day before the referendum he published a piece in iNews, predicting what would happen in the event of a Leave vote. The day after, it seemed all his predictions had come true. It earned him the hashtag #MysticClegg.

Despite the Lib Dems blackout on the video, however, The Canary has found a sneak peek. At the time it was filmed in March 2015, one of Kent’s local magazines picked the story up, and included a mobile phone video clip from someone who caught the spoof being filmed…

And there’s a second angle.

Speaking to The Canary, the Lib Dem press office confirmed that their official line was “yes it does exist, and no you can’t see it.” Pressed on why they eventually decided not to release it, their answer was:

Once you’ve seen it, you can’t unsee it.

Read our articles on the Lib Dems.