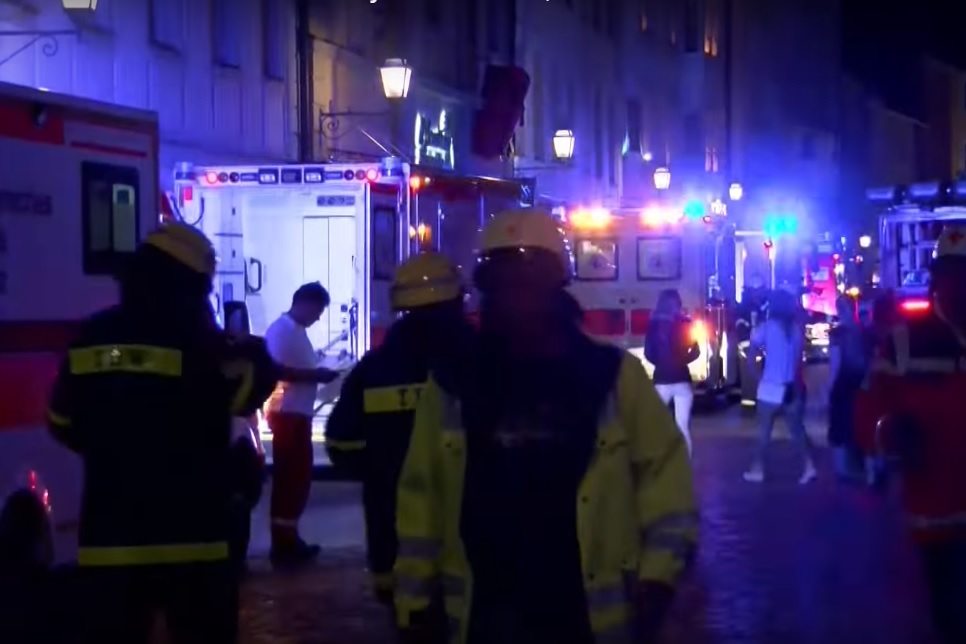 Germany has suffered a week of horrific violence, just days after a terrorist attack in France heightened tensions across much of western Europe. The country’s most deadly attack came as an 18-year-old Munich native shot and killed nine people.

But why have there been so many violent events in the last few days?

To answer that question, let’s first take a brief look at what’s happened.

The 22 July shooting in Munich

On the fifth anniversary of neo-Nazi Anders Breivik’s massacre of 77 civilians in Norway, the Munich shooting saw Ali Sonboly – whose WhatsApp profile picture was a photo of Breivik – murder nine civilians. Six of the victims were from non-German backgrounds.

Though of Iranian descent, he shouted “I am German!” during the attack. He had previously been bullied – apparently as a result of his appearance – and had also received treatment for depression.

Sonboly had allegedly been planning his attack for a year. And Dr Peter Langman, author of “Why Kids Kill”, says the Breivik connection was no coincidence:

since the attack was on the anniversary of the Norway attack, it suggests he was imitating Breivik.

On 18 July, a 17-year-old Afghan asylum seeker was killed by German police after attacking passengers on a train near the city of Würzburg. No civilians were killed in the attack, but the fact that there appeared to be connections between the attacker and Daesh (Isis/Isil) were a cause for concern. Germany’s Green party would later speak about the culprit’s arrival in the country as an unaccompanied minor, saying that there had been “substantial shortcomings” in the care of such youngsters.

On 24 July, a 21-year-old refugee from Syria killed a woman in the city of Reutlingen, after apparently arguing with the victim (who he appeared to have known) before the attack. The man appeared to have no links to terrorism, according to the police, but was known to authorities for previous acts of violence.

Also on 24 July, a 27-year-old Syrian detonated a bomb which killed him and injured 15 other people. The man’s request for asylum had been rejected in 2015, but he had been allowed to stay in Germany temporarily nonetheless. He had reportedly tried to commit suicide twice previously, and had received psychiatric care. In a video found later on his phone, the attacker pledged allegiance to the leader of Daesh.

What do these events have in common?

The events of 24 July initially saw right-wing rags like the Express and the Sun go for headlines like “Machete-wielding Syrian refugee kills pregnant woman” and “Syrian migrant bomber blows himself up” – clearly trying to stoke fears about immigration-related terrorism.

When it came to the Munich shooting, however, they reacted rather differently (even though this attack had claimed many more lives), talking about Sonboly as a “loner gunman” and “teenage killer“. In other words, not quite as emotive as phrases like “migrant bomber” or “machete-wielding Syrian refugee”.

The reality is that Germany has suffered a series of attacks which are equally worrying but which apparently have little in common. While more information will no doubt come out in the coming days, the causes of each case could so far be summed up as follows:

One factor in common, however, is that the attackers were all people who almost certainly felt marginalised within German society. Those responsible for the events in Ansbach, Reutlingen and Würzburg, meanwhile, also had an extra element in common – that they’d all previously lived in countries with recent histories of extremely violent conflict. But all four people had very real psychological issues, whether these were related to marginalisation or the horrors of war.

Whenever there’s injustice, marginalisation, and/or indoctrination, there’s also desperation, anger, hatred, and/or mental torment. And violence is just one consequence of these feelings – whether it manifests itself as neo-Nazi attacks, Daesh-inspired attacks, or any other kind of attack.

If Germany is to avoid another week like the one it’s just had, one action it can and must take is to pay much more attention to the psychological needs of the most vulnerable people in its society – no matter where they were born.