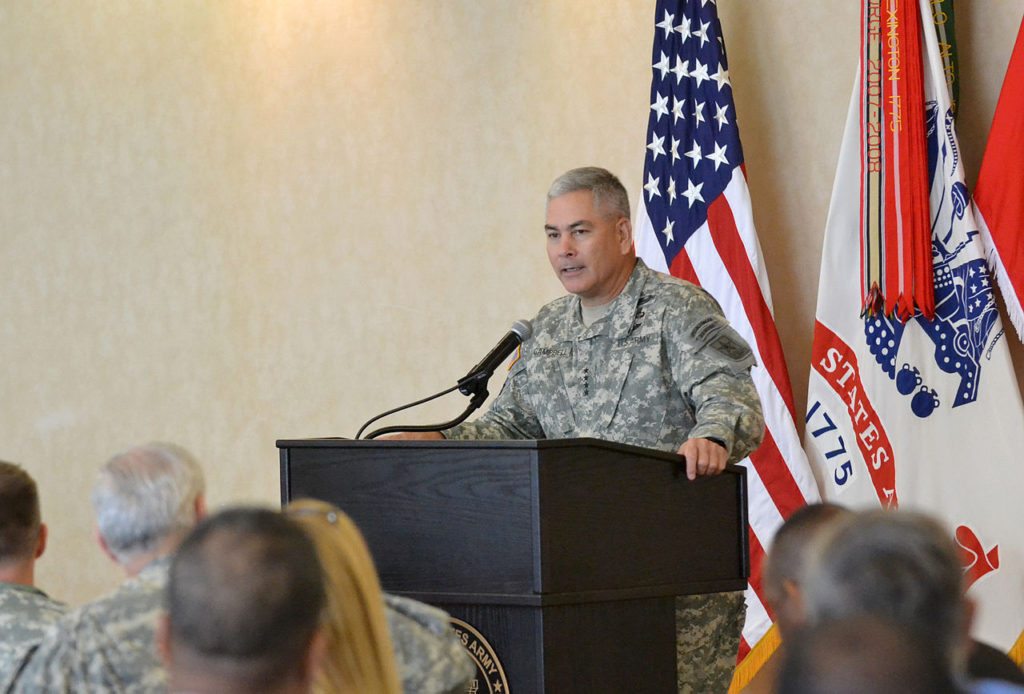 The situation in Turkey is now at the hysterical stage. Last night an area close to a US-NATO base in Turkey was set alight. Sabotage is suspected, though no one has claimed responsibility.

However, it is likely the fire was begun as a direct result of claims in a pro-Government paper, Yeni Safak, that US commander John F Campbell (retired) was the architect of the coup attempt. If this allegation turns out to be true there will be major repercussions with regard to Turkey’s role in NATO and the entire Midle East region will be affected. If they turn out to be false, given that the paper is a mouthpiece of President Erdogan, US-Turkey relation will be seriously harmed.

Since the beginning of June, Campbell has been on the board of J F Lehman, a leading middle-market private equity firm, focused on the defense, aerospace and maritime sectors. Campbell retired from the US military in May. However the Turkish paper claims Campbell made several recent journeys to the US base in Turkey. It also claims that funds to support the coup were channeled via Nigeria.

The fire began Sunday evening. The fire is threatening the Allied Land Command (LANDCOM) base at Şirinyer (Buca) in İzmir, Turkey. It took more than seven hours of battling the flames using helicopters and an airplane to contain the blaze. However, it has not yet been fully subdued.

In a separate development, a most damning report has been released by Amnesty International with evidence that shows the Turkish authorities have tortured and sexually abused many of those detained as being suspected of taking part in the military coup. Amnesty are demanding international observers be allowed to monitor the treatment of those held.