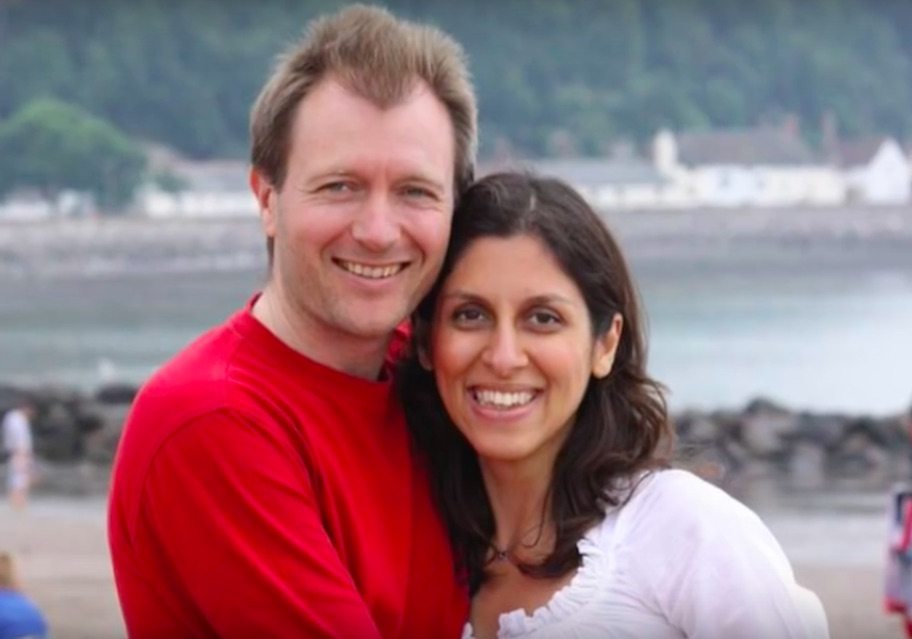 After 121 days in arbitrary detention under the purview of the Iranian Revolutionary Guard, a British citizen, Nazanin Zaghari-Ratcliffe, is being prosecuted following an indictment on 11 July. Campaign organisations believe Iran has accused her trying to soft-topple the Iranian government through her role in a media organisation. But further evidence suggests she is in fact being persecuted as part of a political campaign.

Last month, The Canary reported on the detention without charge since 3 April 2016 of Nazanin, who holds dual British-Iranian nationality.

On 1 August, Nazanin telephoned her husband, Richard Ratcliffe to inform him she had already had her first court session the day before, under Judge Abolghasem Salivate. A lawyer has now been approved by the judge and  her father-in-law, her UK lawyer, is hoping to travel to Iran to observe the situation once his visa is approved.

Judge Salavati is Head of Tehran’s Revolutionary Court. He has previously tried several other Western political prisoners – including Jason Rezaian and Kamal Faroughi. His reputation is that of hard-handedness and erroneous rulings, including the upholding of sketchy indictments with no legal basis. His appointment as Nazanin’s judge, along with the three other prisoners, is an alarming indication of where proceedings are likely to go.

The silence on this case is deafening in more ways than one. No details are divulged beyond the instruction of procedure, and no one in the British government has spoken up for Nazanin, despite her being a British national.

Nazanin’s trial and continuing detention is part of a new political campaign against Iranian dual nationals, which has seen someone detained each month since March this year when parliamentary elections took place. Although every one of these detainees were simply visiting family in Iran, they were held on the grounds of national security.

Robin Shahini is the latest Iranian dual national from the US who was arrested on 11 July, the same day Nazanin was indicted. She accompanies two US prisoners, Siamak Namazi and Nizar Zakka, and Canadian prisoner, Homa Hoodfar.

There is no connection between the four indictees, but the Iranian press are pointing to what they believe are ‘infiltrators’.

Hardliners have in the past accused the British of trying to ‘infiltrate’ parliamentary elections to wipe out conservative elements. They have also claimed that the CIA is waging a ‘soft war’ against the Iranian regime, using cyber warfare to change people’s minds. In addition, the Revolutionary Guard has arrested journalists on the grounds of “spreading propaganda against the Islamic Republic”.

While covert action even in recent years to undermine the Iranian government is well-documented, Iran’s arrests of random dual nationals has been conducted on the basis of flimsy, if zero, evidence.

In a statement, Nazanin’s husband, Richard Ratcliffe, said in response to the development:

Nazanin’s case is part of a wider pattern – a number of dual nationals have been taken in an effort to justify the fiction that there is a plot of infiltration. The facts remain that Nazanin went to Iran on a family visit, like all the other dual nationals recently arrested. It was the fourth time she had travelled with Gabriella to see her family in Tehran. The idea that this time she might be part of some active plot, when she had no problems before, is not only fantasy, it is a deliberate lie.

Nazanin had travelled to Iran in a personal capacity, on a family holiday with her two-year-old-daughter Gabriella. Gabriella, whose British passport has been taken by the Guards, is under the care of her grand-parents in Tehran.

We are in permanent contact with Nazanin’s husband Richard, and have contacted all British authorities to intervene. We insist this matter should be resolved as soon as possible, not least given her precarious state of health.

Richard has been campaigning for the British Government to do or say something and will present his petition to Theresa May when it reaches 1m signatures.

The UK changed its travel to advice to Iran on 15 July, highlighting the risks to dual nationals. However, the UK hasn’t condemned the actions coming out of Iran. A spokesman from the Foreign & Commonwealth Office told The Canary:

We continue to raise our strong concerns about British prisoners in Iran, including Mrs Zaghari-Ratcliffe, at the highest levels in both London and Tehran. The Foreign Secretary has raised this case directly with Iranian Foreign Minister Zarif.

The Foreign Secretary met with Zarif on 4 August 2016 but no details of the meeting have been divulged.

The Canary has approached the Iranian Embassy in London for comment.

Nazanin’s dire situation should invoke the personal intervention of the prime minister as has happened in previous cases. Unfortunately, it seems the British government would prefer to leave this Briton’s fate to justice of the Islamic Republic.

Find out more about the UN Working Group on Arbitrary Detention.