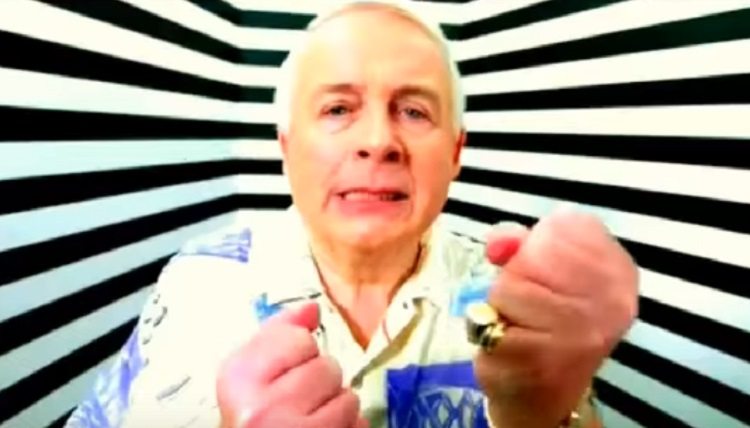 Celebrity Big Brother (CBB) was engulfed in controversy this week, after housemates were accused of biphobia during a series of conversations in the house. But what made the comments even worse, and more revealing, was that they came from a member of the LGBTQ+ community – actor Christopher Biggins.

A former star of ‘Porridge’, ‘Rentaghost’, and past winner of ‘I’m a Celebrity…Get Me Out Of Here!’, Biggins was slammed after a conversation with Renee Graziano – a ‘star’ of the programme ‘Mob Wives’ (no, I haven’t heard of her or the programme, either).

During the exchange, Graziano said that:

I think today in society they kind of force things on people and they confuse you. It kinda feels like, ‘let me try this’. It might f*ck your head up. If you’re gay, you’re gay!

Biggins, who has been in a civil partnership with Neil Sinclair since 2006, asked Graziano if she had a problem with gay people. “When you’re gay you’re gay”, she replied, “and I think it’s beautiful because I think it’s who you are and it’s natural”. How lovely. And so true, Renee! It shouldn’t matter who you’re attracted to – love is love.

Unless, apparently, you’re bisexual. Then, according to Biggins, your life is actually one big lie.

“I think the worst type though is, I’m afraid to say, the bisexuals”, Biggins stated, with Graziano agreeing and claiming “that upsets me”. The gay actor concluded that the reason for people being bisexual is “people not wanting to admit they are gay”.

I’m not sure where to begin with how utterly bigoted, facile, lazy, stereotypical and downright untrue Biggins’ statement is. But, as a bisexual man, I’ll try.

I came out as bi last year. It was one of the hardest things I’ve ever had to do, and I have no shame in saying that, when I did it, I wept with relief. When you live a lie for nearly twenty years of your life, finally ‘owning up’, if you like, can be extremely difficult for some people. I was frantically concerned as to what my ex-partner, my family and my friends would think. Terrified, in fact, that they wouldn’t accept me. In the end, everyone was very understanding, and I’m now nearly comfortable in my own skin.

My coming out was for the second time, however, as I’d been living as a gay man for 12 years. Yes, Biggins – work that one out against your theory of all bi people being closeted homosexuals.

There was a reason why my coming out as bisexual was harder than when I first came out as gay – and it was due to the inaccurate and sneering views of people like Christopher Biggins. Being bi is one of the last taboos, if you like. Research by LGBTQ+ charity Stonewall shows that 33% of gay men and 23% of lesbians are comfortable being out in the workplace. But only 12% of their bisexual peers feel the same way.

So why, in the 21st century, is this the case? You just have to look at Biggins’ comments on CBB to realise. Some of the most well-worn insults hurled at bi people are ‘It’s just a phase’; ‘Bisexuals are just greedy’; ‘You’re just experimenting’ or ‘Why can’t you make up your mind?’. All of this is called bi-erasure. In short, we don’t really exist. We’re all either confused, greedy, or skipping merrily along the path to full, technicolor queerness.

This is, for most, all nonsense. I’ve always been bisexual, it’s just that because of these external labels and projections that are forced upon us, coming out as bi presented itself as an absolute nightmare for years. But there was another aspect to my shunning of my sexuality – the attitude of the LGBTQ+ community itself. Or rather, the “G” in the acronym.

As Biggins’ comments demonstrated, some of the worst biphobia actually comes from the community we’re supposed to feel part of. And in my own experience, this is tangible. I remember always feeling terrified of what my (male) partner would think if I told him I was bi, as the attitude among our white, cisgender, gay friends was always along the lines of derogatory comments about gay men sleeping with women, of anyone bi being cowards, and of gay men being able to ‘turn’ bisexual men. The mistrust that exists between the ‘B’ and the rest of the LGTQ+ community is very real, and refuses to go away.

Of course, I obviously walk down the street in a constant state of being turned on, owing to the fact I find both men and women sexually stimulating (I have to wear a double layer of pants every time I go out, just to conceal my arousal). And as for relationships, I couldn’t possibly fall in love and commit to someone for the rest of my life as I’d always be thinking about the opposite sex, due to my insatiable desires.

Wrong. Obviously. I’ve been in three relationships my entire adult life, and slept with four people – all monogamously. Furthermore, the chance to even have sex would be a fine thing, as most women and men now view me with distrust. If you’ve ever been on a dating site, you’ll notice the majority of them have no facility for people who are bi. You’re either looking for men, or women. Not both. Bi-erasure, again.

Being bisexual is a multi-faceted thing. I have generally, throughout my life, fallen in love with people based what they are like as humans – sex has always been an afterthought. I don’t find someone attractive just because they either have great breasts or a massive c*ck. I find them attractive because they can hold a conversation (usually about politics, oddly enough) and because they challenge me intellectually. I’d be lying if I said that the sexual side isn’t complicated. It is. But more so than for anyone else on the planet? I very much doubt it.

Living life as a bisexual person is difficult enough as it is. I’ve resigned myself to the fact that a relationship is going to be well out of my reach for the foreseeable future. I’ve got used to the funny comments, the looks, the apparent tattoo on my forehead that says ‘STEER CLEAR’. It’s fine.

But when people like Christopher Biggins, on a high-profile TV show, do nothing more than cement the already toxic stigmas that exist in society, I despair at the damage they are doing – especially to young people struggling with their sexuality. So as a bisexual man, I can safely say to the ignorant, intolerable Mr Biggins that I’m not gay. I’m not on a ‘journey’. I am me. Whether he likes it or not, I’m bi. And I’m here to stay.

If you wish to complain about Christopher Biggins’ comments on Celebrity Big Brother, contact Ofcom.