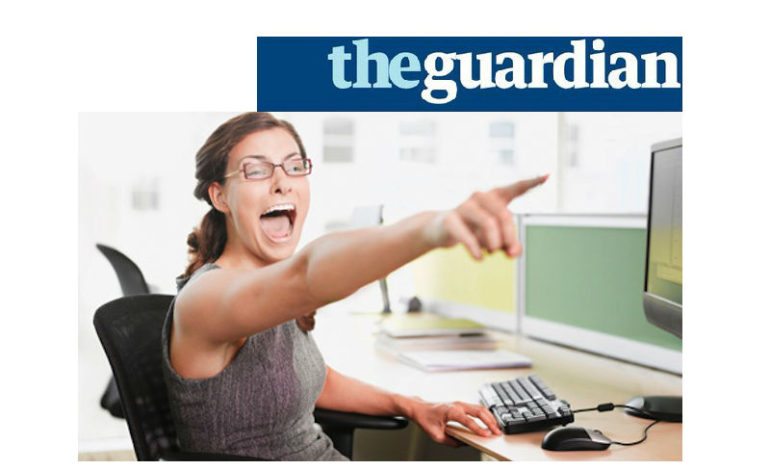 This is a genuine letter, written to The Guardian by Andy Walker. The letter was originally published on Mr Walker’s blog, and is republished here with his permission.

Today, I received a routine email from the Guardian regarding my ongoing subscription to the paper. I have been a regular reader of the Guardian for 40 years including as a subscriber in recent years. But no longer.

My email explaining why is listed below.

Thank you for your recent email.

It has prompted me to contact you regarding my Guardian subscription.

I have bought the Guardian since the age of 12; I am now 52. I have always considered the paper to be fair and on the side of people who are trying to make a difference. The paper’s campaigning work is well known and rightly so. Even though I have not always agreed with the paper’s leaders and editorial line, mostly I have and one of the main reasons I have supported the paper for 40 years has been its left of centre position on the issues of the day.

Lately however, that support has been sorely tested. Your recommendation for people to vote for the Lib Dems at the 2010 general election (which helped to usher in a disastrous coalition government) was bad enough and a big thing for me which made me think long and hard but I stuck with you. However your current coverage of the Labour leadership election has become the last straw for me.

Ever since he was elected, your coverage of Jeremy Corbyn and the very many tens of thousands of people who support him has been the antithesis of the fair journalism and comment you have become known for. The recent leadership campaign coverage and that of the failed coup has displayed a shocking bias and can in no way be construed as fair. This bias, which has been confirmed by a number of academic studies, is not solely confined to the Guardian, but given your history and my previous views of the paper, frankly I expect better from you.

And I say this as a practising journalist myself.

Both in the printed paper and online you have carried a series of articles and news updates that have often relied on tittle tattle and smears from opponents of Jeremy Corbyn. Even when (rarely) reporting the view from the other side, this is usually accompanied by a snide comment or other ‘news’ to discredit the Corbyn campaign.

I have tried to understand why this might be. I get that the Guardian is probably the most widely read broadsheet paper amongst Labour members and that there will no doubt be a massive PR effort from those who oppose Corbyn to secure coverage for their point of view, but many of your journalists seem to be playing a full and active part in that effort. I’m sure that many of them are probably personally opposed to the Corbyn campaign – the Guardian has been an ‘alma mater’ for many Labour MPs and their advisors in the past – but that is absolutely no excuse for your continuing biased, unbalanced and unfair coverage.
The latest example is your bottom front page lead today on the situation in Angela Eagle’s Merseyside constituency party, which appeared the day after one of the largest political meetings seen in Liverpool in recent years. The article is based on unsubstantiated comments from unnamed Eagle supporters and Corbyn opponents and is clearly an attempt to smear local party members before they meet this week to discuss a situation where their party was closed down undemocratically by Labour’s NEC with no inquiry or evidence being heard.

This is not the ‘journalism’ I expect from the Guardian and I am no longer prepared to put up with it. It is for that reason and with the utmost regret that I have decided to cancel my regular subscription to the paper. I cannot in all conscience continue to support such journalism in the way I do currently and I never thought I would ever say that. I have principles though and if they mean anything then I feel I have to end my 40-year support for the Guardian.

I hope that at some point you manage to rediscover that radical approach, cutting edge and fair mindedness which brought me to your paper in the first place, but until then, I’m afraid it’s goodbye from me.

Please cancel my subscription with immediate effect. I have asked my bank to stop my regular payments to you.

If you feel like Andy, you don’t have to just put up with it. There is a huge range of new media organisations which are doing their best to deliver news, analysis, and opinion in a more ethical way. Please support them.