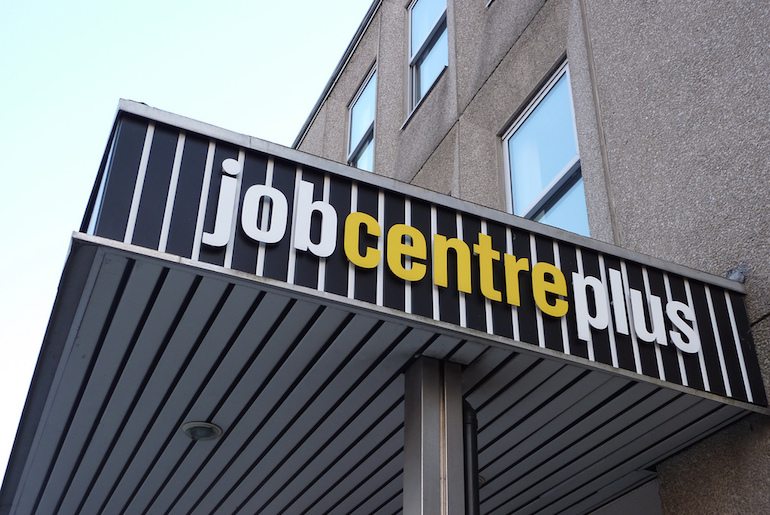 A Department for Work and Pensions (DWP) staff member is under investigation this week after she left an answerphone message for mum of three Cecilia Garcia calling her a “scrounging b*stard” who was “popping out kids like pigs”.

Ann Goode, from the DWP Jobcentre Plus office in Bromley had called Garcia to discuss her claim for benefits after her marriage had broken down and she’d been forced to give up her job in finance to look after her three children. Garcia had been struggling to pay her rent, so she contacted the DWP to see what support she could receive.

But the answerphone message she received on 29 July left her shocked. Because what Goode didn’t realise was that she hadn’t hung up after she’d finished her intended message.

After Goode talks about another claimant, saying “Now this one is working, but they’re obviously getting other help. But they’re a little bit different because they’re trying”, she and her colleague discuss in detail just what benefits Garcia is receiving. Goode comments that “…her cap is £253.26. That’s over £1,000 a month”. Her colleague replies “between now and then she must have managed to get herself some more benefits along the line”.

It’s then that Goode launches into her tirade. She says:

None of these names… Miss Cecilia Garcia… None of them are English names… why are we running around for these people? Do you know I resent even doing this work because if I had a person who said ‘I really want a job, I want to go on your caseload’, yes, all the time, every day of the week. But not some scrounging bastard that’s popping out kids like pigs.

Aside from the fact that Garcia has a dual British/Mexican passport and all three of her children were born in the UK, this rant by a member of the DWP gives a shocking insight into attitudes at the department supposedly responsible for ‘social security’.

Listen to the full conversation here:

In an interview with News Shopper, Garcia said:

I got sick, I was so upset over the weekend. It is really offensive all the things that she says on the voicemail. And it sounds like the other person totally agrees with her. The fact that they say things like ‘oh they aren’t even English names’ – this goes beyond everything, saying I pop out kids like pigs. I have dual nationality, we did everything right, I’m not illegal. She shouldn’t express this about people from other backgrounds.

But this is not the first time that the DWP has been embroiled in controversy surrounding their staff.

Last year, the Scottish Welfare Reform Committee looked into the implementation of reforms as part of devolved powers under the Smith Agreement. When investigating the sanctions regime (whereby benefit claimants have their payments stopped if they appear to contravene DWP rules), they heard numerous cases of DWP staff bullying the very people it was supposed to be helping.

One witness, ‘Donna’, who had been made redundant after working all of her life, said that DWP staff had bullied her, making her ill and stressed. She said the first person she saw at the Jobcentre:

made me feel like I was imagining my problems and I didn’t have any problems. He was saying to me: ‘It’s not like you’ve got a leg missing’ [referring to mental health issues]. Each time he made me cry. I would have been in a mental institution if I had stayed with that first adviser – or I would have shot him.

While these cases appear to be few and far between, it is shocking that people with such intolerant and uncompassionate attitudes are allowed to slip through the net and work for the DWP in the first place. If the goal of the DWP is to help find work for those who can work, then bullying claimants and dismissing their health problems is no way to go about it.

And in the case of Cecilia Garcia, the DWP advisor in question, Ann Goode, has such an obvious problem regarding her own personal beliefs that it’s debatable whether she should be working in a frontline role in any business, let alone one which is meant to support anyone when they fall on hard times, regardless of ethnicity, creed, colour or sexuality.

“I’m going to get very politically incorrect this afternoon”, Goode said after her tirade against Garcia.

But the fact is that the DWP adviser’s words were not just ‘politically incorrect’. They were downright xenophobic and prejudiced.

The DWP has said it has launched an investigation and is taking the incident “extremely seriously”. Let’s hope it comes to a swift resolution before Ann Goode manages to upset anyone else who is merely reaching out for help in a time of need.

Sign the petition to stop benefit cuts for disabled people.