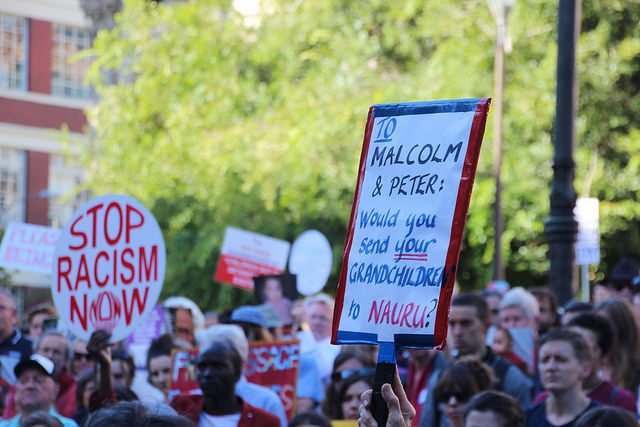 On 15 August, The Canary Global reported on how Australian politicians might face legal action over the horrific abuse taking place in its offshore refugee detention centres. Since then, there have been two major revelations. First of all, Australia will now close one of its much-criticised detention centres. Secondly, the identity of a key whistleblower has been revealed.

On 17 August, Papua New Guinea (PNG) finally forced Australia to agree to the closure of its refugee detention centre on Manus Island. The latter agreed to this decision in order to avoid a PNG Supreme Court hearing, scheduled for August 22, which could have proved very embarrassing.

Amnesty International has made it clear in a statement that this closure is only a first step, and that all 850 refugees detained must now be brought to Australia. Minister for Immigration and Border Protection Peter Dutton, however, has been deliberately vague about the timetable for closing the centre on Manus Island. This adds to an ominous comment from April, when he said the Manus Island refugees would never be moved to the Australian mainland. Judging by this attitude, his plan may now be simply to relocate the refugees to a re-furbished camp on the already over-crowded detention centre on Christmas Island.

This centre is managed by Serco Australia, which also manages several mainland prisons and detention centres. Serco has been embroiled in a number of scandals – notably the conditions that led to the death of a young Afghan asylum-seeker.

Significantly, Christmas Island is an Australian territory, which means the detention centre there isn’t subject to cooperation with other countries. It also means, however, that it may be easier for lawyers to take to Australia’s courts on behalf of those detained there.

The man behind the ‘Nauru Files’ leaks

On 16 August, the whistleblower who leaked the ‘Nauru Files‘ – documenting the abuse of refugees – held a press conference (called ‘Whistleblowers Defy The Government’) in Canberra. Most of the major Australian TV stations were present, and even Sky News was there.

Upon revealing his identity, though, the man behind the leaks was exposing himself to the possibility of prosecution, and even imprisonment for up to two years. 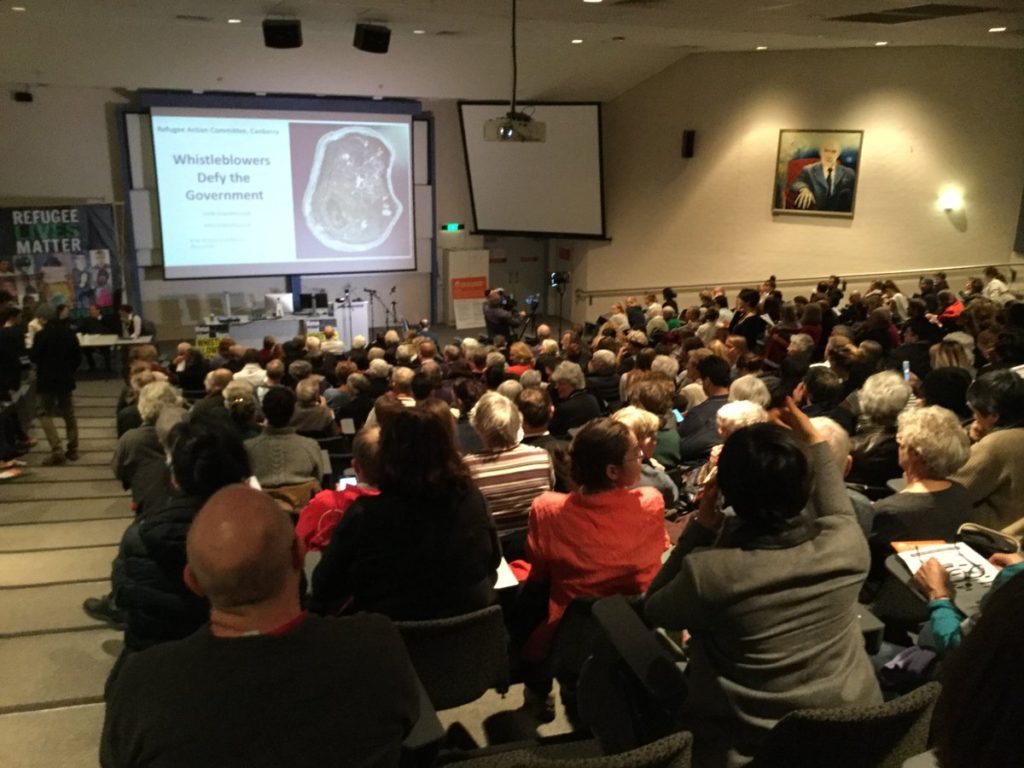 But there was more at stake than that person’s liberty. Much more: the lives and the physical and mental health of hundreds of men, women and children, locked up indefinitely in the offshore detention centre on the Pacific island of Nauru and, until more information is released, on Manus Island.

The whistleblower who revealed over 2,000 files documenting the abuse of refugees and asylum seekers on Nauru via the Nauru Files was revealed as leading Australian psychologist, Paul Stevenson.

Stevenson first exposed some of the abuses that took place in June. In the following months, more details were provided to Guardian Australia and these were published in the form of an interactive database. Not long after that, the Australian government vowed it would use all means possible to identify and prosecute the leaker.

At the press conference, Stevenson explained how, for him, it was a moral duty to reveal the terrible suffering and trauma he had seen at Nauru and Manus. He said further evidence of abuse would be revealed in due course.

Earlier this year, the Australian government introduced a new law that made it illegal for doctors treating asylum seekers and refugees to report abuse of any kind. If they – or any other person, including teachers or aid workers – reported that abuse to anyone, particularly the media, they could be prosecuted and face up to 2 years imprisonment.

But the Australian Medical Association (AMA) stated it would oppose any law that threatens clinicians (and all other professionals) for reporting on health failures in the detention centres. In fact, many leading Australian clinicians have previously voiced their opposition to the centres.

As a clinician, Stevenson will presumably receive the full backing of the AMA. Similarly, if he is prosecuted, he can count on the backing of several leading human rights lawyers, including Julian Burnside, Rob Stary and Greg Barns.

Putting to one side the possible financial compensation due to refugees and asylum seekers as a result of legal action, the Australian government is now left with two stark choices.

It can either close its detention centres once and for all, and allow refugees onto the Australian mainland (or into New Zealand, which has offered to help). Or it can simply carry on ‘business as usual’, leaving its ministers and contractors open to prosecution.

With the latter, there are two options available:

For at least the last two years, mass demonstrations in support of detained refugees have been commonplace in every major Australian city. And demands to close the centres have come from all quarters.

1,810 academics signed an open letter to Prime Minister Turnbull and other MPs earlier this year demanding an end to the government’s policies of offshore processing, boat turn-backs, and the mandatory detention of people seeking asylum.

The longer the Australian government stalls in its decision on what to do next with the offshore detention facilities, the more likely further damning evidence will be revealed.

Time is running out for the Australian government.

– Investigate (and take) strike action against the contractors who manage the offshore refugee centres.