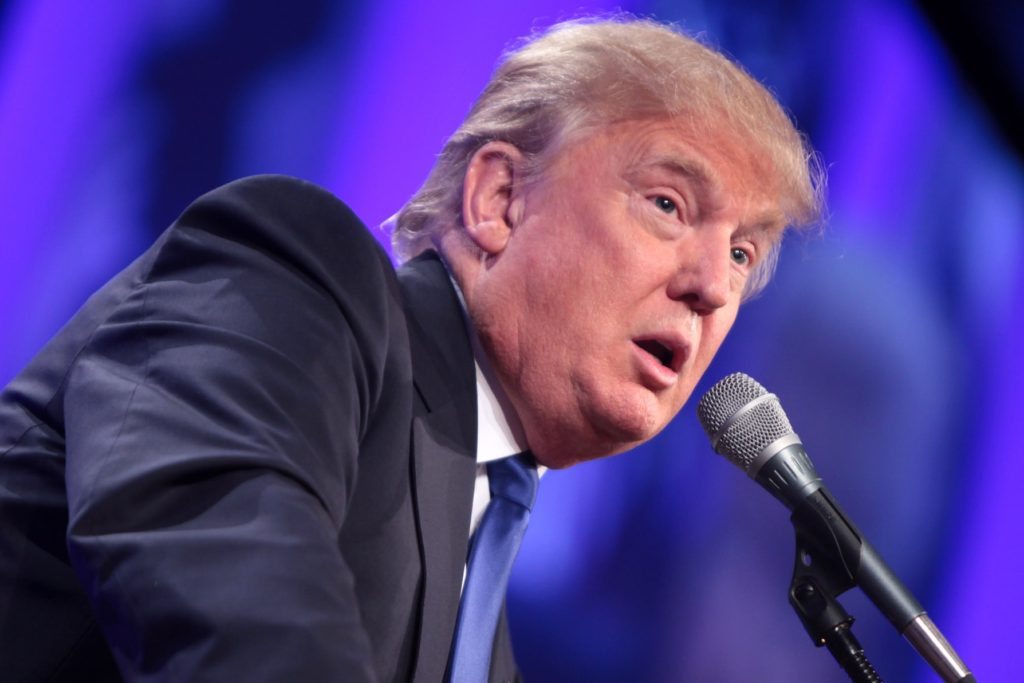 Donald Trump’s eldest son just waded unceremoniously into the US presidential election, with a highly controversial tweet. But as it often does, Twitter managed to turn this around on Trump’s electoral campaign by using the same imagery to highlight his own defects.

On 19 September, Donald Trump Jr. posted a photo of some Skittles on Twitter with a caption that read:

If I had a bowl of skittles and I told you just three would kill you. Would you take a handful? That’s our Syrian refugee problem.

In other words, while he didn’t say all Syrians were terrorists, he heavily inflated the risk posed by taking in refugees.

The truth is that, as the Migration Policy Institute’s Kathleen Newland said in October 2015:

The United States has resettled 784,000 refugees since September 11, 2001. In those 14 years, exactly three resettled refugees have been arrested for planning terrorist activities—and it is worth noting two were not planning an attack in the United States and the plans of the third were barely credible.

The vast majority of gun-related deaths in the USA, meanwhile, have nothing to do with terrorism. So if the Trump campaign was really worried about saving American lives, a focus on migration would not be the place to start.

At the same time, studies have shown that refugees (and economic migrants) actually benefit the economies of their host countries if the right policies are in place. On 19 September, the Organisation for Economic Co-operation and Development’s Angel Gurría insisted that:

immigration is positive in the medium and long-term for public finances, economic growth and job markets.

The tables turned on Trump

While Newland and Gurría’s reality checks could help to ease the fears stoked by Trump Jr.’s tweet, one unknown Twitter user turned the Skittles analogy around on Trump completely, posting the following image: 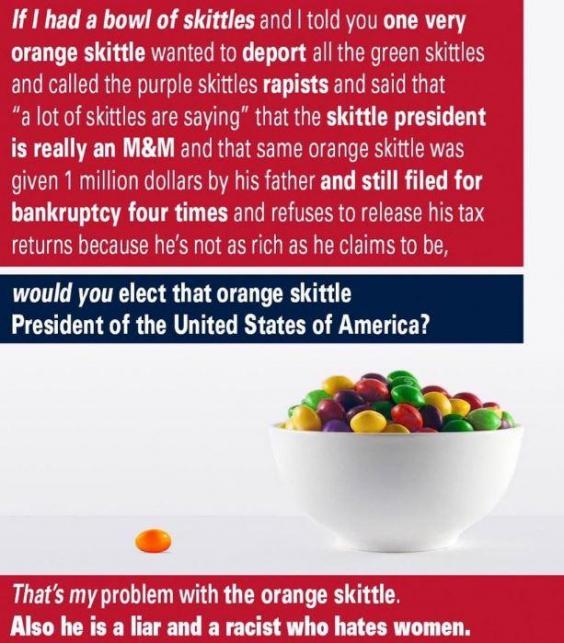 The above image has since been retweeted by thousands of Twitter users.

Trump – the orange skittle in question – has shown in the last year (through his words, actions, and suggested policies) that he has sexist, racist, and authoritarian tendencies. And while his pathological lying may have helped to hide his record of declaring bankruptcy six (rather than four) times, there are many US citizens who are well aware of the truth.

One recent poll showed that 58% of Americans want an end to the two-horse race which has currently left them with a choice between Donald Trump and Hillary Clinton. Another survey has found that 13% of registered voters would actually prefer for a meteor to hit Earth than for Trump or Clinton to become president.

If Trump really wants to win the hearts of the American people, and the battle against all forms of terrorism, he might want to try another tactic. Like, for instance, not supporting and propping up dictators and then overthrowing them with catastrophic consequences when they no longer serve US interests. Or like reducing poverty and inequality at home rather than sending billions of dollars of aid to war criminals in one of the most economically developed countries in the world. Just a thought, Donald, if you’re listening.

– See other Canary articles about immigration, refugees, and Donald Trump.