One council is sacking THOUSANDS of teaching assistants, putting our children's future in peril - Canary 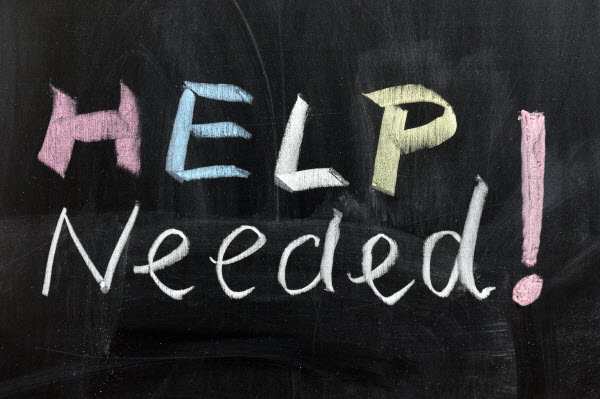 Around 2,700 teaching assistants from Durham are facing the sack, in a move by the local authority to save money. The plan, which will see the staff then re-employed on new contracts, means a 23% pay cut for them. And it bears striking similarities to the story of Manchester’s firefighters, previously reported in The Canary.

We value teaching assistants, but…

In May, Durham County Council voted to change teaching assistants’ contracts, so they would only be paid for term-time work. Currently, teaching assistants earn between £14-18,500. But the new contract would see many lose up to £5,000, with some having to actually work more hours. The council claims that it brings teaching assistants’ pay in line with other council workers, and estimates that it will save schools around £3m from their budgets.

We greatly value the work undertaken by teaching assistants which is why we have tried incredibly hard to resolve this situation and reach an agreement with them. We have carried out two consultations and revised and doubled our compensation offer regarding the move to term-time working and delayed the implementation of these changes to April 2017. We have talked in detail with the conciliation service, ACAS, and removed the dismiss and re-engage clause if the teaching assistants will accept this last and final offer.

We have a legal and moral responsibility to address this issue and will not benefit financially in any way – except to remove the risk of equal pay claims from other staff who are only paid for the hours they actually work.

But the teaching assistants disagree. They say that their current salaries are for term-time work, but are merely paid over 12 months. They reject the idea of working more hours so they can earn more money, as many of them can’t commit to this. And they argue that this is a cost-saving exercise, but one that will hit already low-paid families the hardest.

A spokesperson for the Durham teaching assistants told The Canary:

Some dedicated, experienced teaching assistants have already left their jobs, unable to deal with the stress of this situation. Many others will be forced to leave if these proposals go ahead. Some have already sold their homes, frightened that they will have to sell in a hurry if these proposals go ahead. Others know they will have to do so when their pay is cut.

Labour: the party of workers?

The council made one final offer last week; to increase the period of compensation from one to two years. On 21 September, a meeting was held at Durham Miners’ Hall, where the offer was unofficially voted on, and rejected. Hundreds turned out, many in support of the teaching assistants, and speakers included members of newly-formed County Durham Teaching Assistants Activists Committee (CDTAA) and the Association of Teachers and Lecturers. CDTAA described the vote as a:

resounding rejection of the so-called compromise proposal with no dissenters… The fight goes on.

An official union ballot on the council’s offer will take place, with the result expected on 29 September. If this offer is formally rejected by union members, the council will sack the 2,700 teaching assistants on 3 October, reemploying them on new contracts in January. Industrial action may well then be on the cards. A spokesperson for Durham teaching assistants told The Canary:

Teaching assistants are well aware that industrial action will have a huge impact on families, children and schools and it is not a decision they will take lightly. But they feel they have no choice as the only negotiation by DCC has been to the timescale for implementing these life-changing pay cuts. 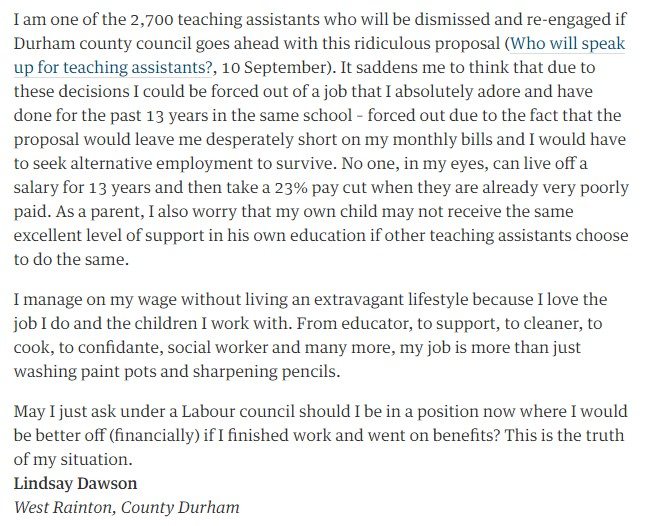 But there’s another similarity between these groups of under-attack workers. They will not be backing down without a fight.

This article was updated at 7.55pm on 22 September to reflect a previous error in teaching assistant’s salaries.

– Sign the petitions in support of the teaching assistants.

– Donate to the CDTAA crowdfunding page, to support their action.