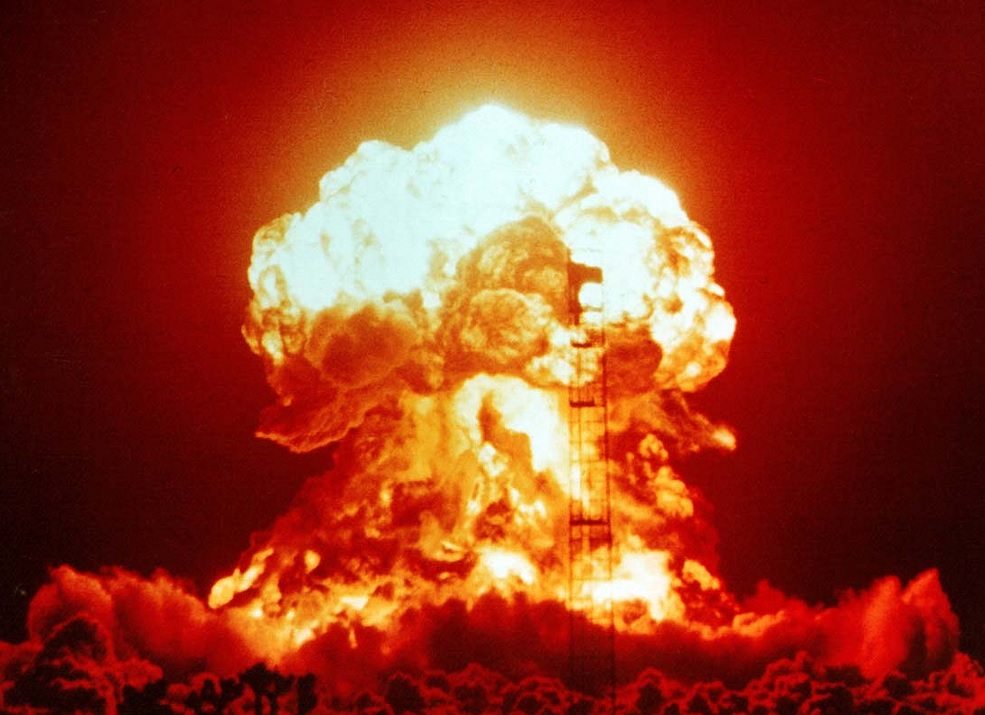 Russia has followed the increasingly provocative actions of the North Atlantic Treaty Organisation (NATO) with the deployment of nuclear-capable missiles to Kaliningrad. The move, which has been played down by Russian officials, marks an alarming development in current tensions between the East and West.

It’s decisions like these which move us closer to midnight on the Doomsday clock. We are currently at three minutes to disaster on this clock, according to the Science and Security Board for The Bulletin of the Atomic Scientists. And once it strikes twelve, all hell breaks loose.

Kaliningrad is Russian territory situated on the Baltic coast. It’s sandwiched between Lithuania and Poland (both NATO members), and houses a number of Russian defence forces.

The Guardian claims there have been previous reports suggesting the Iskander-M missiles would be moved to Kaliningrad, but not until 2018-19. But Russian officials insist the deployment is part of the country’s regular drills. A defence department spokesperson said:

They [the Iskander missiles] do not bear any threat, they are designed to ensure the security of our territory in the event of any real threat. Nothing else

Two can play at that game

Russia’s ‘regular’ drill follows many recent military exercises carried out by NATO. In September, a two-week-long anti-submarine warfare drill was undertaken in Canada by the military alliance. Another called ‘Slovak Shield‘ was carried out in Slovakia early this month. And one of NATO’s biggest military exercises, entitled ‘Joint Warrior‘, is currently underway in Scotland.

These recent exercises come after numerous similar ones in 2015. Many of these took place in Ukraine, which borders Russia.

NATO also held a summit in Warsaw in July 2016, during which it declared Russia at the top of its list of “challenges and threats“.

Russian aggression, NATO announced, is threatening the alliance’s “long-standing goal of a Europe whole, free, and at peace”. In response, NATO pledged to build up a hefty military presence directly on Russia’s borders.

In February, when the plan was first touted, Russia’s envoy to NATO Alexander Grushko warned that if the initiative went ahead, it “can’t be left without a military-technical answer”.

That “answer” is now terrifyingly clear.

Having Russia’s nuclear weapons lined up on one side of Kaliningrad’s border while NATO troops are standing on the other is a recipe for disaster. If those on the ground or monitoring systems in that area suspect the other is engaged in aggressive actions, the potential for reaction is immense. As Noam Chomsky pointed out in his 2013 book Nuclear War and Environmental Catastrophe:

There are plenty of times when automated systems in the United States – and in Russia, it’s probably worse – have warned of a nuclear attack which would set off an automatic response except that human intervention happened to take place in time, and sometimes in a matter of minutes. That’s playing with fire.

Currently, Russia and the US have between 7,000 and 8,000 nuclear weapons each. Yes, thousands. And according to the Campaign for Nuclear Disarmament (CND), the US has around 200 of these weapons stationed in European countries as part of NATO’s defence agreement.

The consequences of such nuclear force being unleashed on the European continent, either deliberately or in error, would be catastrophic. And that’s why all the dangerous and destructive sabre-rattling has to stop.

All those involved in the new Cold War must take a step back and work out these issues at a negotiating table. And if they don’t, we must elect politicians that will. Before it’s too late.

– Take action with the CND to create a world free of nuclear weapons.

– Email your representative, in the UK or US, to insist on the urgency of finding a diplomatic solution to this crisis.