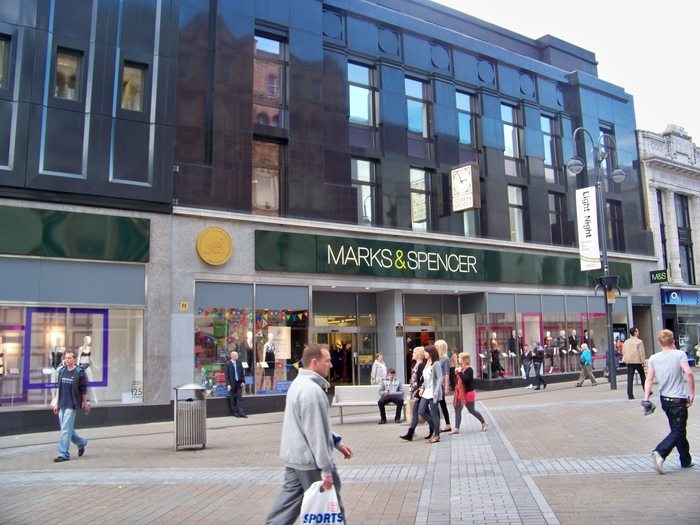 An undercover BBC investigation has revealed that Syrian refugee children have been making clothes, illegally, for UK retailers such as Marks & Spencer (M&S) and Asos.

The investigation team found children in an M&S supply chain working for £1 an hour, which is well below the Turkish minimum wage. Adult refugees from Syria were also found working for Zara and Mango. Workers are poorly treated, work long hours, and were found to be spraying hazardous bleaching chemicals without even a basic face mask.

These revelations follow on from admissions at the start of 2016 that companies like H&M and Next had found child labourers working on their products in 2015.

Turkey’s handling of the refugee crisis

In a very real sense, British shoppers are buying and wearing the products of the Syrian refugee crisis. There are 2.5 million Syrian refugees in Turkey. Yet the country’s refugee camps can only house 200,000.

Under Turkish law, no one from outside Europe can legally be considered a refugee. This creates a massive risk for potential human rights abuses. We have already seen refugees living in cramped, derelict accommodation, or on the streets of Istanbul and Ankara. And Amnesty International has revealed how Turkey has been illegally forcing refugees to return to Syria without hearing their application for asylum.

The BBC has now shown us even more vividly another side to Turkey’s handling of the situation; children having to work, without permits and a minimum wage, in order to survive.

This investigation also spells bad news for M&S’s brand image, since the retailer is committed to Global Sourcing Principles which state:

The people working for our suppliers are to be treated with respect, and their health, safety and basic human rights must be protected and promoted.

Danielle McMullan, from the Business & Human Rights Resource Centre, argues that ignorance is no excuse:

The strong demand for affordable clothing is intimately tied to unethical, unsafe and illegal working conditions in supply factories. Children working in vile conditions is an uncomfortable fact to deal with, but it doesn’t seem to put people off from buying the products of this abuse.

The depressing truth about consumerism

It’s not just clothes that are connected to human suffering, but electronics as well. Foxconn, Apple’s biggest supplier, had to install suicide prevention nets after 14 workers killed themselves in 2010. At the same time, many of the essential minerals used in electronics come from conflict zones.

Part of the challenge lies in how we respond to this reality. Michael Hobbes wrote at The Huffington Post that:

Boycotts have failed. Our clothes are being made in ways that advocacy campaigns can’t affect and in places they can’t reach. So how are we going to stop sweatshops now?

But some recent boycotts have been successful. And while the typical boycott may be more smoke than fire, it can also radically change the reputation of a brand, which can sometimes lead to progress.

As Hobbes highlights, though, many of the abuses in factories abroad are the result of laws not being enforced. More effective change must start with proper inspections. And this is where M&S failed.

The need to expose abuses

Media outlets have a real opportunity (and duty) to hold the powerful to account. And while the BBC may come under fire occasionally for its political bias, this story may not have made the news if the organisation hadn’t carried out its undercover investigation.

And workers, unions, and non-governmental organisations (NGOs) can also make a difference. Hobbes tells us, for example, about how labourers in Brazil went from working in conditions worse than how cattle live to much safer and improved conditions. Inspectors of pig-iron factories collaborated with other government agencies, workers, unions and NGOs not just to expose violations, but to fix them. And inspectors also worked with schools and parents to reduce child labour. If big retailers want to avoid abuses of the sort found in Turkey, they should consider workable solutions like this.

But essentially, the power lies in our hands as consumers. We can choose what we buy and where we buy. And we can use our money in a way that shows exploitative organisations just what we think about their practices.

– Check out the Ethical Consumer website for alternative clothes companies.