An NHS hospital is being forced to CROWDFUND to buy beds, thanks to Jeremy Hunt - Canary Workers’ Co-op 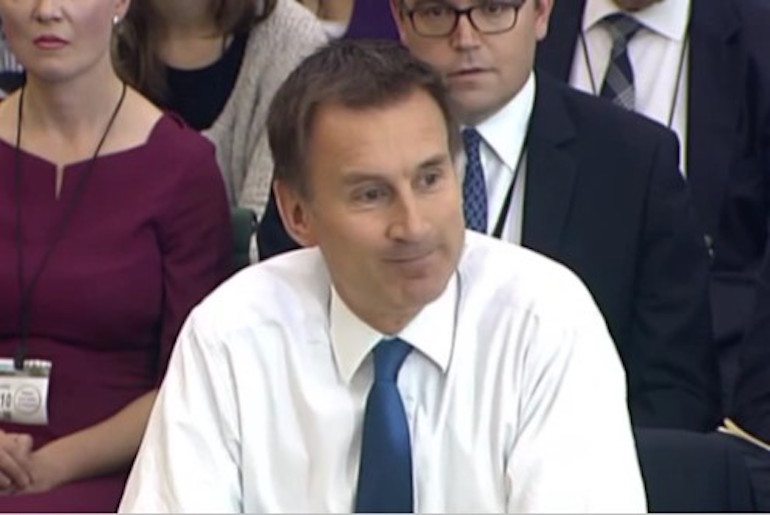 A London hospital has been forced to crowdfund for vital equipment, including beds, because it cannot afford to invest the money itself.

The Royal National Orthopaedic Hospital (RNOH) in Stanmore, north-west London, set up the appeal in a bid to raise £400,000 for its spinal injuries unit. The money will go towards six extra beds for the ward, plus new rehabilitation equipment. The RNOH has so far raised £126,000.

The campaign, called the ‘Make it Possible’, is thought to be the first time any NHS hospital has crowdfunded for investment. The project works by allowing patients and families to suggest where money could be spent. Then an appointed committee selects one of the suggestions, and the crowdfunding begins. The spinal injuries unit was the first to be chosen.

Chief Executive of the RNOH, Rob Hurd said that because all the hospital’s money goes into frontline services, very little is left for investment:

We have to be frank, capital is constrained in our NHS and investment in facilities is really difficult at this time. That means the infrastructure that we have got doesn’t get replaced as quickly as we would like. So we need the help of donations and charitable sources to make those additional investments. So we really value those donations because without them we cannot even get started.

The RNOH is one of the country’s flagship orthopedic hospitals, where one in five orthopedic surgeons are trained. But it has fallen into financial difficulties. A proposed renovation of the hospital’s century-old buildings, signed off under Labour in 2010, was delayed by more than five years. The RNOH was initially looking for a private company to fund the work (paywall). But in August the Department of Health (DoH) signed off the first phase of funding. This was only possible because part of the RNOH site was sold off to private developers, and loans were taken out.

The £49.9m awarded to the RNOH will go towards a new inpatient block. The hope is that the DoH will then sign off another £31m for a training centre and biomedical facilities. But, as the crowdfunding project has shown, this only covers the bare essentials. And even on a day-to-day basis the hospital is struggling. It warned in October 2015 that it faced losing £15.2m in income in 2016/17, due to changes in the way the DoH allocates funding.

£10bn is being invested nationwide into the NHS, including about £4bn extra this year and a further £20bn to fund capital programmes such as maintenance and building projects. Where trusts need additional funding for capital projects they can apply for it to ensure facilities are of the highest standards for patients.

But the £10bn figure, which Theresa May quoted in Prime Minister’s Questions on 19 October, has been exposed as false. Giving evidence to the Health Select Committee on 18 October, Health Secretary Jeremy Hunt said the money was actually over six years, not five – essentially admitting that the government had misled parliament and the public:

A crowdfund too far

The GMB union attacked the Conservative government for allowing the RNOH to get into a position where it had to rely on public donations. GMB National Secretary Rehana Azam said:

That the RNOH is asking members of the public to crowdfund improvements is a damning indictment of this government’s reluctance to properly fund the NHS. It seems that it’s not just workers and patients who’re expected to suffer at the hands of NHS cuts; apparently the public’s bank balances are too.

The news that the RNOH renovation has begun, and that the crowdfunding will enable even better services, should be welcomed. But what shouldn’t be welcomed is the fact that the NHS has been allowed to get into such a precarious state, and that the hospitals have to go, with begging bowls, to the public. We already pay, via taxation and National Insurance, for the services of the NHS. We should not be paying again, via charity, because of the Conservatives’ private agenda and disregard for our National Health Service.