Someone just played a joke in parliament, and it's more repulsive than you could imagine [TWEETS] - Canary 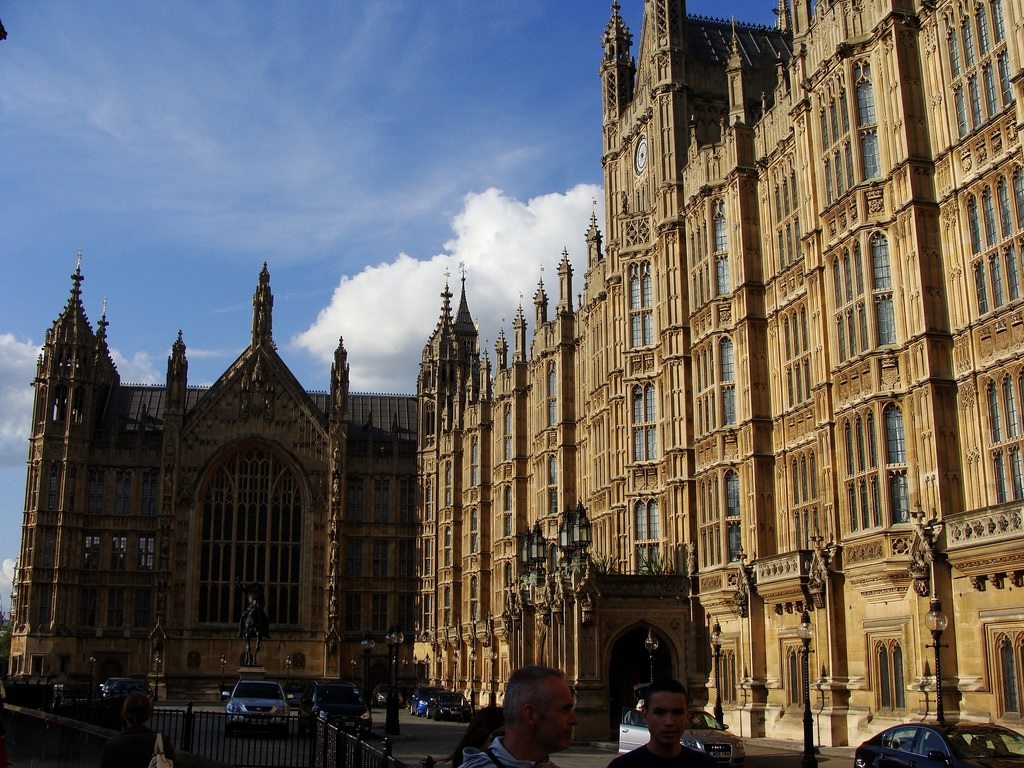 If the latest scandal to hit parliament is someone’s idea of a joke, then our politics is far more defective than we thought. A poster was anonymously hung in a kitchen for MPs that openly mocked refugee children. And its placement in parliament comes just as the Calais ‘Jungle’ camp is dismantled, with some of those uprooted child refugees arriving in the UK.

The poster was discovered by Labour MP Chi Onwurah on 24 October. After seeing the poster, she tweeted out an image of it:

Upset someone in Parliament thought it funny to display this in the communal kitchen over the weekend. #refugeeswelcome pic.twitter.com/UJzTKy4we3

She then clarified how it had been discovered:

To be clear my researcher went to make cup of tea & saw it sellotaped above sink, kitchen shared by ~15 MPs & their staff. Not acceptable https://t.co/lXNyPu7L1s

The poster features the line: “Just £3 from you could clothe and feed his 12yr old Syrian child for a week”. But it carries the image of an elderly man in a headscarf.

The poster clearly references the doubt media outlets have cast over the ages of refugees who have arrived in the UK recently. Consequently, some of those media assertions have been found to be false. And a complaint has been registered with the Independent Press Standards Organisation (IPSO) over the coverage.

As Onwurah’s tweets suggest, the Labour MP found the poster’s placement in parliament repellent. She told The Huffington Post:

It was spotted sellotaped above a sink so it was not by accident.

I thought it was really upsetting. It shouldn’t have a place in Parliament.

There’s been an increasing xenophobic commentary in politics and the Tory Party Conference had numerous examples of that and so by condoning that kind of hostility you’re making this more likely to happen.

The poster was discovered on the same day that up to 70 child refugees were set to arrive in Devon. And the same media outlet found to be lying about the age of refugees in its coverage, The Telegraph, published an exclusive scoop on the new arrivals.

It revealed that the child refugees will be housed “in a 17th-century manor house in rural Devon” that usually costs £450 a week as a holiday camp. Furthermore, The Telegraph noted, the camp, near the market town of Great Torrington, is set up for “abseiling, climbing, archery and motorsports. The grounds also boast a high ropes course.”

The Telegraph‘s message was clear: these refugee kids are now enjoying the lap of juvenile luxury.

Yet, since news of the arrival of the refugees broke, many locals have responded differently. Torrington Mayor Margaret Brown said:

Since the crisis started to evolve locals have been contacting us asking for a way to help, so we are ready

Those wishing to support the unaccompanied children have offered help through the North Devon Journal‘s Facebook page. While some comments suggest opposition to the placements, others have unequivocally welcomed them. One commentator said:

Honestly, why are people so negative? These poor children need a home, safety, food, education, clothes and support to be able to be a child again. Welcome to Devon I say!

Also, a local arts centre in Torrington, the Plough Arts Centre, has offered free film screenings for the refugees.

These varied responses to the recent refugee arrivals show that the UK is far from united over the issue. And having a member of parliament anonymously stick up a poster mocking the situation will not help to heal that divide.

The refugee crisis is not funny. And most certainly not for the millions of refugees currently suffering through it.