An open letter to so-called 'patriots', from someone who actually loves this country [OPINION] 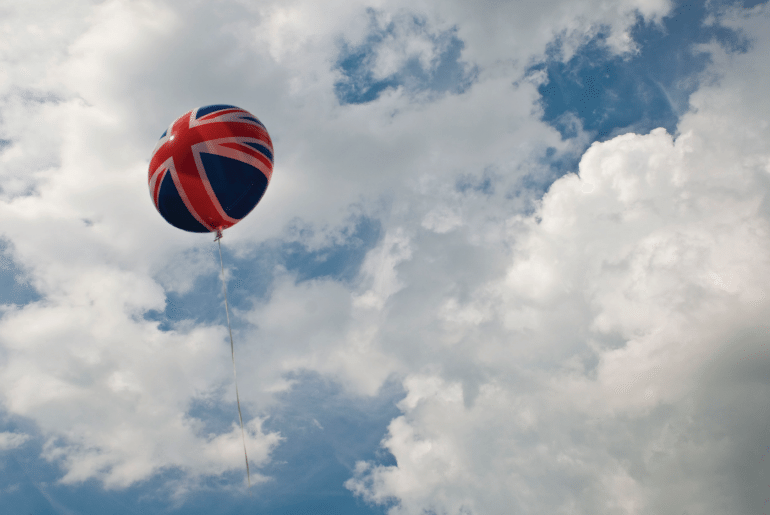 There has once more been an increase in the number of British people frothingly referring to themselves as ‘patriots’. And if you’re one of those people, you’re very possibly already screaming at the screen:

AND WHAT’S WRONG WITH LOVING YOUR COUNTRY, YOU F*CKING PLUM!? I LOVE MY COUNTRY! I MEAN, I DON’T LOVE IT NOW, OBVIOUSLY, BECAUSE IT’S FULL OF LEFTARDS, SCROUNGERS, AND IMMIGRANTS! BUT I DID LOVE IT WHEN I WAS A LAD! WELL – SAYING THAT – IT WAS ALREADY GOING TO THE F*CKING DOGS THEN, BUT I DID LOVE IT BEFORE THAT! I WASN’T ALIVE, AND WE WERE AT WAR WITH CHARLIE CHAPLIN, RUBELLA, AND WOLVES, BUT DESPITE ALL OF THAT, I’M LED TO BELIEVE IT WAS TERRIFIC!

If you’ve managed to wipe the spit off your screen, I will now explain to you the three main areas in which patriotism presents a problem:

The worst thing about this toxic patriotism, however, is all of the instances when people should be taking a passionate interest in their country, and yet completely fail to do so. The three main examples of this are:

If you “LOVE YOUR F*CKING COUNTRY” you should also love taxes, because taxes pay for the things that make this country so great – things like:

So if you love all of these things (and we know that you do), how can you stand by while the suit-wearing sushi-eaters get away with not paying their fair share for them?

We know now that facts and statistics don’t sway people, so I will attempt to put this as simply and emotively as possible, and I will make no attempt to back up my calculations whatsoever:

2) This green and pleasant land

That’s what we’re famous for, isn’t it? Being green. And pleasant. And yet the maintenance of this pastoral quintessence is being left to the people who we’re told hate this country the most – i.e. the leftards, the enviro-mentalists, and badger-botherers.

Really, if you care about this country, you should have strong feelings about a company like Cuadrilla wanting to frack it – a process which will be about as kind to the environment as a tumble dryer would be to a shrub. You should also be concerned about billionaire vomit-bags like Donald Trump blocking Scottish wind farms because they might interfere with the ambience of his luxury golf course. And of course, you should be worried about climate change – a process which may ultimately see the UK going from ‘green and pleasant’ to ‘varyingly underwater and on fire’.

Another thing you should care about is the Hinkley Point nuclear power plant – an energy ‘solution’ which will generate radioactive waste we have to bury somewhere – an energy solution which is being paid for and profited from by PEOPLE WHO AREN’T EVEN BRITISH!

And you should ask yourself why the potential of a refugee hiding a shoe-bomb is so paralysing that we should roll back decades of progress, but the reality of the Chinese government building a nuclear reactor on the South-West coast is so chill that we shouldn’t even give it a second thought?

Where to begin, really?

And although you’re probably not bothered about any of that, if any of the above sentences had veered slightly differently, you’d be up in arms. So if I’d said:

We’re talking about a foreign-born refugee who was seen with one of those £3 mobile phones you can get now.

We’re talking about a foreign-born worker who claimed some sort of minor benefit that they were entitled to.

You would be furiously rolling up your copy of The Sun and using it to bash the nearest wall until the rage had subsided.

So what exactly is wrong with these people?

The reason why people ignore anti-British intent on this scale is simply that – the scale. It’s the same sort of weasely mindset that sees certain school children bullying anyone smaller than themselves, whilst simultaneously kidding themselves into thinking that the bigger kids who bully them are actually their best mates.

It also doesn’t take that famous British spirit. Because let’s not forget that we won the Second World War by fighting the Nazis and defending their victims. We didn’t beat them by adopting all of their policies and shooting down refugee boats. And if we allow ourselves to become what they were or worse, then ultimately it will be they who have defeated us.

– Report hate crimes to the police if you are able, or anonymously via True Vision