As Labour gets fined over election expenses, the Tories' election fraud scandal is being ignored - The Canary 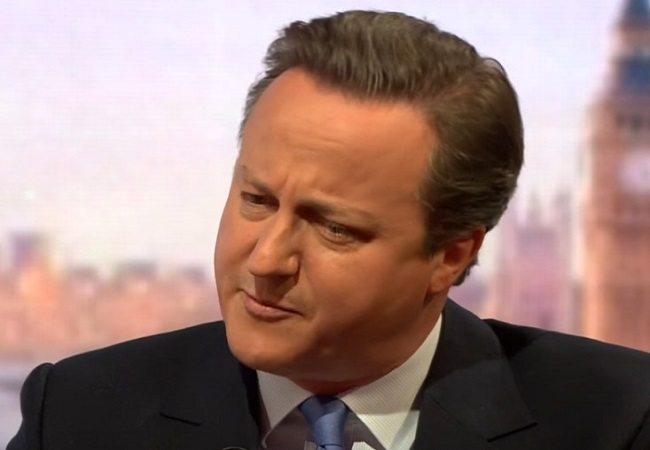 It was revealed on Tuesday 25 October that the Labour Party had been fined over undeclared election expenses. The Electoral Commission fined the party £20,000 for not submitting numerous expenses from the 2015 general election, including the infamous ‘Ed Stone’. But it begs the question — just what is happening with the so-called Tory election fraud scandal?

The Commission found that the Labour Party had not declared £123,748 of expenses during last year’s election campaign. These included the 8ft stone tablet which had Labour’s key pledges carved into it – the missing costs being £7,614. A further 33 receipts were missing from the campaign, in addition to 49 for transport costs.

The party’s General Secretary, Iain McNicol, committed two offences under the Political Parties, Elections and Referendums Act in relation to the missing payments and the missing invoices. The fine of £20,000 is the highest in the Electoral Commission’s history. And while the commission said Labour had co-operated throughout the inquiry, it criticised the party for not providing requested information in a “reasonable time frame”.

But while Labour has been held to account over what could be considered fraudulent expenses, the Conservative Party’s alleged election fraud appears to have been kicked into the long grass.

As The Canary previously revealed, the Electoral Commission and police were investigating allegations that tens of thousands of pounds which should have been declared as expenses locally were in fact paid for nationally. These expenses fell into two main areas: the use of hotels for campaign staff, and the so-called Tory “Battle Bus” – which ferried activists up and down the country. If they should have been declared locally, this would mean that the Tories had breached spending limits in at least 29 constituencies. That, in turn, may well put the legitimacy of the 2015 general election result into question.

In June, 18 police forces across the UK had been given or were seeking an extension to the time limit for investigations related to election expenses. David Cameron’s Conservative government was the first government in British history to face police investigations into alleged electoral fraud.

One such example was in South Thanet, where Craig Mackinlay is the Conservative MP. The party is accused of spending around £20,000 on Mackinlay’s 2015 campaign which wasn’t just not declared as national or local spending, but was in fact not declared at all. In June, Mackinlay attempted in court to block a police investigation into the matter. But the judge threw the case out, saying that the alleged fraud was on an “unprecedented scale” and the police investigation was of “very significant public interest”.

Did you authorise the payment of a very expensive QC to go to Kent Police and try to stop them extending their investigation? Because this looks like a cover-up.

In an attempt to deflect from his own apparent involvement in the “cover-up”, Cameron said:

This is all being handled, I think quite properly, by the party Chairman, and I’m very happy that what we did was right and we can answer all the questions that we’re being [asked].

Since then, the investigations appear to have gone quiet. As The Guardian reported on 29 July, police forces are applying for a year’s investigation extension, but no conclusions have been drawn yet.

The judgement over the Labour Party’s transport costs now shines some light into the severity of the allegations about the Tories. The Electoral Commission said it didn’t suspect an offence had been committed regarding Labour busing activists up and down the country. The fact that the Commission has not yet dismissed the same allegations against the Conservatives could well mean there is a case to answer.

– See other Canary articles on the electoral fraud scandal.