The mainstream media are now turning on each other, and it makes for spectacular reading [IMAGES] - Canary 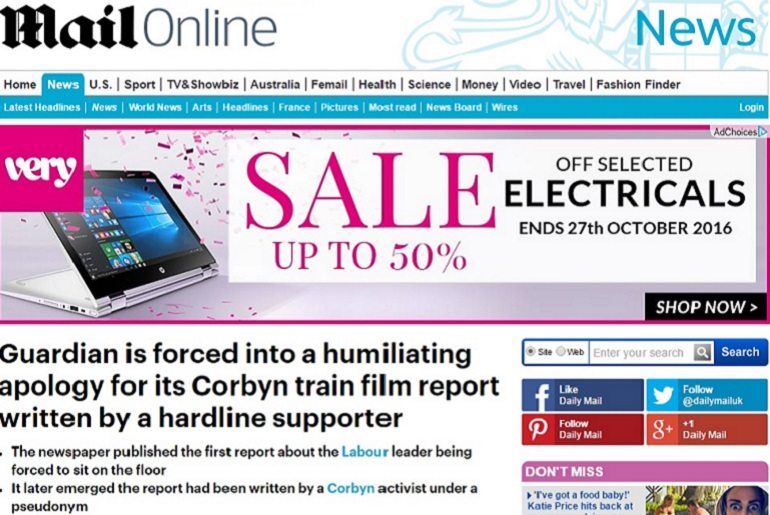 Mainstream media outlets are experiencing some trouble, to say the least. Readers are becoming frustrated with their ‘biased’ reporting and are turning to independent sources for their news. But in an act of desperation and a bid to win back supporters, it appears mainstream sources are now turning against each other.

Over the last year, more and more readers have become frustrated with mainstream sources such at The Sun, The Daily Mirror and the BBC. Claiming such sources are “biased” and are out to spread “propaganda“, readers are looking to others sources for their fill of news (one of the main reasons for the success of The Canary).

In March, it was revealed that The Sun made a £253m loss as a direct result of declining print sales. Likewise, in 2015, The Daily Express lost over a quarter of its print readers, while 12 other national newspapers also experienced double-digit falls.

Given such dire statistics, you’d think these papers would start addressing the real reason that they are losing appeal. But instead, they’ve started discrediting each other in a bid to come out on top. 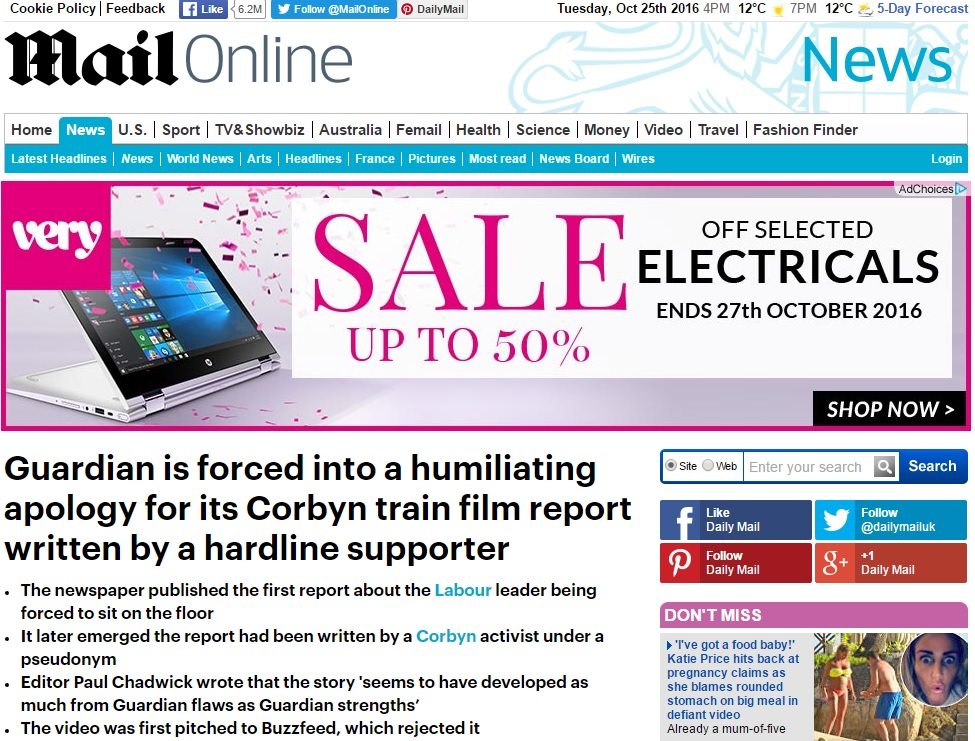 The Guardian issued a humiliating apology after publishing an inaccurate report about Jeremy Corbyn’s journey on a ‘ram-packed’ train written by a hardline supporter. The paper published the first report about how Labour’s leader had been forced to sit on the floor on a train from London to Newcastle. But it later emerged that the report had been written by a Corbyn activist under a pseudonym. To make things worse, the activist was not even on the train.

After the initial blow, The Guardian then retaliated. On 24 October, it ran a story bashing its competitor’s misuse of images of Calais refugees. Despite starting the article with “The Green Party has complained to the press regulator over the use of pictures of refugees by the Sun, Daily Mail, Daily Star and Sunday Telegraph”, the paper was keen to focus the blame on just two major culprits:

This example is by far not the first time such papers have gone to war. Take The Guardian’s attack on The Sun over the “Queen backs Brexit” headline and The Daily Mail‘s attack on the BBC for “Brexit-bias”. But things have certainly hotted up in recent months, something, which makes for frustrating reading.

Instead of focusing on real news and exposing the truth behind issues such as government corruption, tax evasion, and the future of the NHS, these mainstream media sources are obsessed with getting one up on another. It’s a shame that they haven’t realised this won’t get them back their readership.