Theresa May frantically deleted this awkward post from her website, and now everyone's reading it [IMAGE] - The Canary 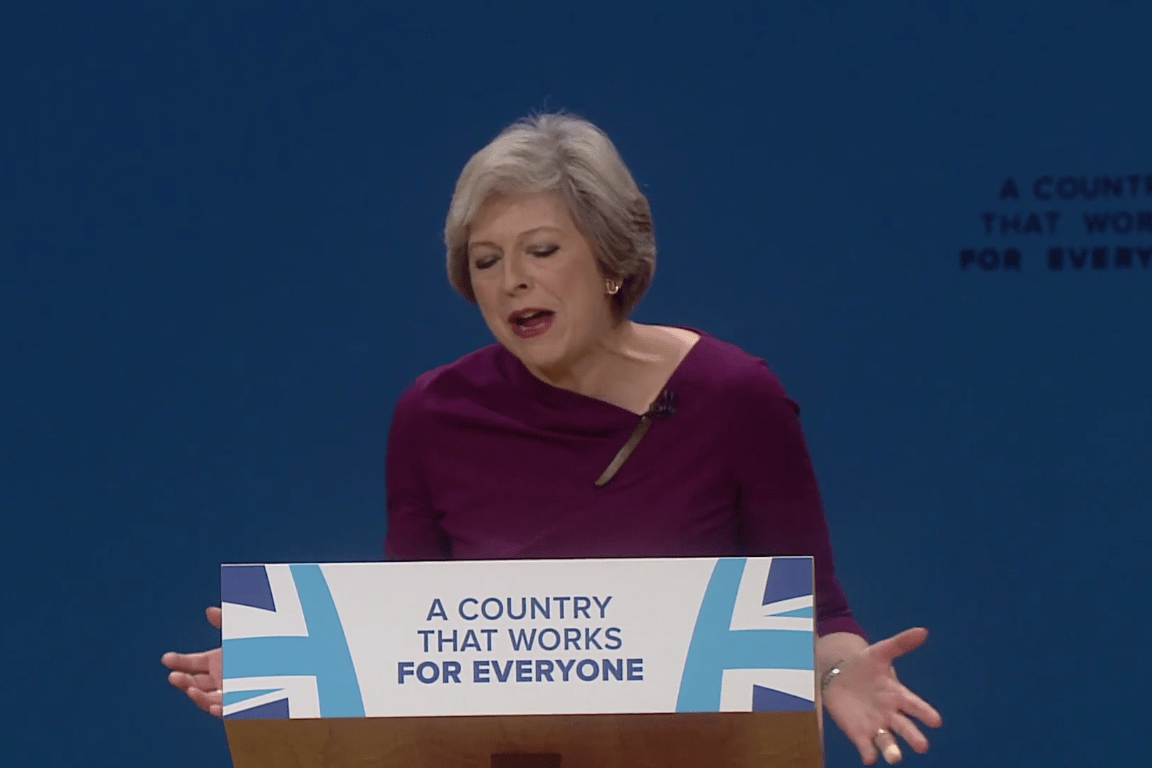 Theresa May has deleted a post on her website which showed her staunchly opposing a third runway at Heathrow before the 2010 general election. Now that May’s Conservative government has approved a third runway, at a cost of £17.6bn, everyone is reading the awkward flip-flop:

From one of the now-deleted pages on Theresa May’s website: “Theresa is firmly against plans to build a third runway at Heathrow…" pic.twitter.com/EGc9hyuPe7

May was firmly against a”flawed” Heathrow expansion because of the increased air pollution and noise for local communities. But when she was an opposition frontbencher in 2008, she also expressed concern for the environment:

To stay reliant on fossil fuels would mean tying ourselves to increasingly unstable supplies which could endanger our energy security and the Climate Change and Energy Bills mark an important step for both the health of our economy and the health of our nation.

I will continue to put pressure on the government over the third runway at Heathrow as an extra 222,000 flights a year would undermine our national targets and seriously damage the health of the local community.

May’s concern reflected mountains of evidence in 2008. Aeroplanes are a big contributor to climate change. Aviation generates nearly as much CO2 annually as that from all human activities in Africa, a continent with over 50 countries. These are also the countries that will feel the impacts of climate change first.

Heathrow and “an existential crisis for the human species”

No one’s saying the Prime Minister isn’t free to change her mind, as long as it’s in the public interest. But in this case, her U-turn appears to be detrimental to not only the public, but to humanity as a whole.

According to the experts, May was on the money when she was in opposition. In the unequivocal words of Alice Larkin, professor of climate science and energy policy at the University of Manchester:

Policy measures aimed at increasing capacity and supporting further growth in air travel such as new runways, particularly within richer nations, are at odds with the Paris Agreement.

Expanding Heathrow, along with other policies that significantly increase fossil fuel use, is at odds with the grave concerns of scientists. Professor Kevin Anderson, deputy director of the Tyndall Centre for Climate Change Research, warned it is:

The scientists are warning that we are on course for worldwide collapse. But like the tobacco industry before it, the global fossil fuel industry will hang on to profits for as long as it can. It funds climate denier groups, bankrolls political campaigns and sponsors the summits themselves.

Meanwhile, This Changes Everything: Capitalism vs the Climate author Naomi Klein views the threat posed by fossil fuels use as:

an existential crisis for the human species.

May was far from the only Conservative to condemn Heathrow expansion when the party was in opposition. Her predecessor David Cameron featured in the following campaign ad attacking Labour: 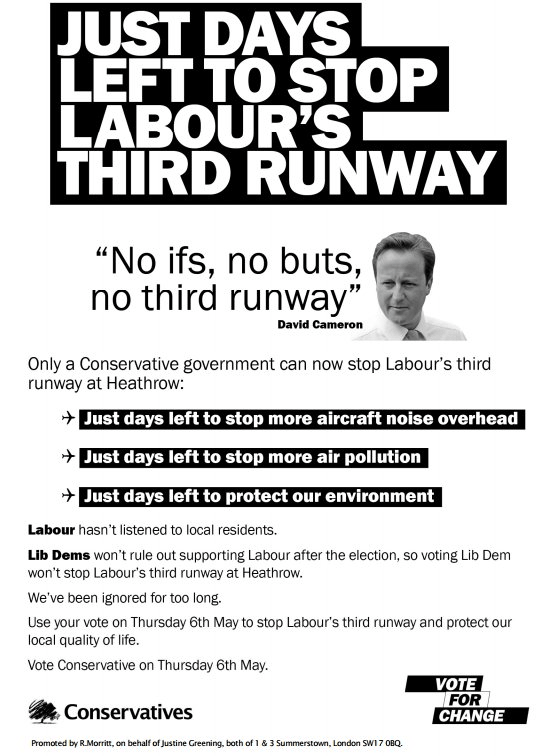 All of this is pretty awkward now the Conservative government has approved the Heathrow expansion, to the dismay of climate experts.

According to scientists, a third runway is a major step in the wrong direction. We need to act now or we’ll continue sleepwalking towards catastrophe.

– Find a local group, and get involved in protesting the aviation industry.